There’s a reason they call chain e-mails “viral” — their transmission is swift, extensive and very hard to stop. They tend to contain indignant, outraged messages that are nearly always false and often malicious. We can’t say exactly …

The Dec. 5 edition of ABC’s “This Week” played host to a heated discussion about the repeal of “don’t ask, don’t tell” legislation. Claims pinged back and forth regarding the recent Pentagon investigation of troop attitudes toward the law. But we caught several people putting the wrong figures with the wrong questions, or otherwise misrepresenting the results.
First, Gen. Wesley Clark misrepresented how many service members thought having an openly gay colleague would not affect their combat performance:

Clark: And what the survey showed is that essentially all of the service members, 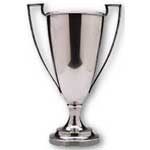 Election Day has arrived; every voter has made up his or her mind (or should have, by now). So — just as we’ve done on Election Days past — we offer here some of the ads that we thought deserved special attention, not for the facts they present but for sheer style points (or lack thereof).

Midterm elections are an embarrassment of riches for fact-checkers — this year more than others. With Democrats fighting desperately to keep control of the House and Senate, and a torrent of money from corporations and other undisclosed …

The Illinois Senate candidates strayed from the facts on Sunday’s "Meet the Press," which featured a debate between Republican Mark Kirk, a House member, and Democrat Alexi Giannoulias, the state treasurer.
Bridge Claims Go Nowhere
Kirk exaggerated his role in combating the "bridge to nowhere," a name given interchangeably to two Alaska bridge projects that have become symbols for government pork:

Kirk: "The Kirk Amendment passed in the House … attacked the bridge to nowhere,

A new ad from Nevada Republican Senate candidate Sharron Angle says that Angle’s opponent, Senate Majority Leader Harry Reid, "voted to use taxpayer dollars to pay for Viagra for convicted child molesters and sex offenders." That sensational claim hasn’t gotten any more true since the first time we addressed it, shortly after the health care bill was passed.

It’s true that Reid voted to table an amendment that would have barred convicted sex offenders from getting coverage for drugs like Viagra from health plans sold through state-based exchanges.

Bachmann Decries Rumors, Then Spreads Them

At Friday’s conservative Values Voter Summit, Minnesota Rep. Michele Bachmann spoke out against "falsehoods and rumors" about the tea party movement. We applaud any call to combat misinformation — but Bachmann would do well to guard against falsehoods and rumors herself. In the same speech, she complained about "Speaker Pelosi, who has been busy sticking the taxpayer for a $100,000 bar tab for alcohol on the military jets that she is flying." That’s a totally off-base assertion that we addressed back in March.

Bailout Bonuses Are Back

A TV ad in Arizona’s 1st Congressional District and a mailer in Ohio’s 15th both accuse Democratic candidates of voting to give out huge Wall Street bonuses. That’s way overblown. The American Recovery and Reinvestment Act, also known as the stimulus bill, included less stringent restrictions on bonuses than those in an earlier version of the legislation, but that’s hardly the same as handing out bonuses.

The Arizona ad, funded by the National Republican Congressional Committee, says that Rep.

We rarely give much attention to hyper-local races like state auditor. But we couldn’t resist this object lesson, from Massachusetts auditor candidate Guy Glodis, in why politicians need to check not only their claims but their spelling:

(Originally posted at Blue Mass Group)
Glodis meant, presumably, that he would rein in spending. But a candidate willing to commit to ruling the roost when it comes to fiscal profligacy at least makes for a nice change.

In a September 10 press conference, President Barack Obama characterized Afghanistan as "the second poorest country in the world." It’s an impoverished country indeed, but second poorest? The CIA World Factbook doesn’t think so.
It lists Afghanistan as number 210 of 227, with a per capita gross domestic product of $1,000 in 2009. That’s orders of magnitude lower than the richest country, Liechtenstein, with a GDP of $122,100 per person — but it’s much higher than the per capita GDP of the actual second poorest country,