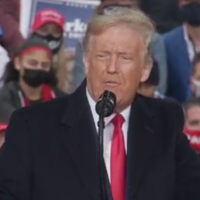 President Trump repeatedly rattled off false and misleading claims about ballots and voting in arguing to his supporters that “massive fraud” is “the only way we can lose.”

Trump on the Stump 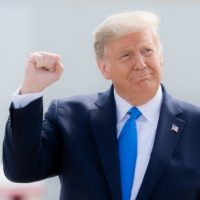 We identified 46 false and misleading claims Trump made in six stump speeches from Oct. 12 to Oct. 16. 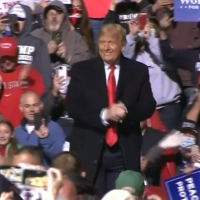 At a rally in North Carolina, President Donald Trump claimed Joe Biden lives in “beautiful houses all over the place” and must be “corrupt” to afford such a lifestyle. Biden owns two homes and had some lucrative years in the private sector.

In an Oct. 15 town hall on NBC News, President Donald Trump made false and misleading claims on the coronavirus, the economy and more.

Trump’s Exaggerated Claims on Biden and Pharma in Puerto Rico 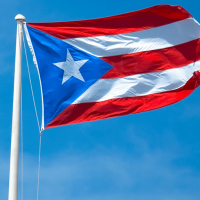 At a rally in Sanford, Florida, President Trump made the exaggerated claim that his Democratic rival, Joe Biden, “voted to obliterate” Puerto Rico’s pharmaceutical manufacturing industry. 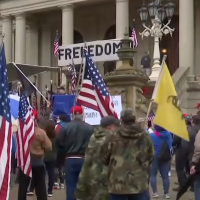 In an interview with Fox News’ Sean Hannity, President Donald Trump falsely claimed that the state of Michigan is “closed,” specifically and falsely mentioning churches and schools. 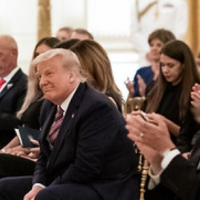 A timeline of the president’s comments on COVID-19 and his administration’s handling of it. 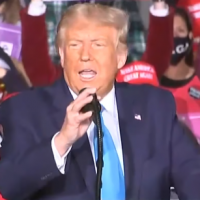 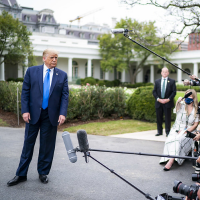 The president repeatedly sows doubt about mail-in voting, echoing what intelligence officials have said is a Russian strategy to undermine public trust in the election. We review his statements this month and recap our stories on his false, misleading and unsupported claims.