At the Conservative Political Action Conference, former Alaska Gov. Sarah Palin said that the Senate was “in violation of Article I, Section 9, Clause 7 of our U.S. Constitution” by failing to “pass a budget.” She’s referring to a budget resolution. But that constitutional clause doesn’t mention a budget or a budget resolution, which was not required of the Senate until the 1974 Congressional Budget Act. The responses to Palin’s interpretation from constitutional scholars ranged from “completely invalid” to “kind of a stretch.”

Sen. Harry Reid was doubly wrong when he claimed that Congress already has cut $2.6 trillion from projected future deficits by reducing “non-defense programs” alone.
In fact, legislation he refers to applied to both security and non-security spending. Furthermore, a good chunk of the deficit reduction came from tax increases, not spending cuts.
Reid made the claim — twice — on ABC’s “This Week” on Feb. 3, in support of his argument that further deficit reduction should include more tax increases and cuts in military spending. 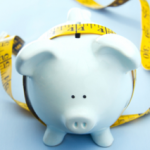 Republican presidential candidate Mitt Romney claims that his plan would balance the federal budget in eight to 10 years. But so far, he has not made public the details on how he would be able to do that, and one neutral budget expert calls it “an unrealistic goal.”
Also, Romney and running mate Paul Ryan exaggerate when they say “five different studies” prove that all of the stated goals of Romney’s revenue-neutral tax plan could be accomplished without raising taxes on middle-income taxpayers.

About Those ‘Republican Cuts’

Q: Would a “list of Republican budget cuts” by the “new Republican House” slash $2.5 trillion from federal spending over 10 years?
A: The list is real. But so far, there has been no action on the bill, which was sponsored by 33 conservative GOP House members.

A conservative group claims former Virginia Gov. Tim Kaine “left us with a $4.2 billion shortfall.” Not exactly. The state did face a $4.2 billion gap in the biennial 2010-2012 budget, but Kaine submitted a balanced budget proposal days before leaving office, as required by law.
And the last budget Kaine signed into law ended with a surplus. In fact, Republican Gov. Bob McDonnell praised Kaine for making “tough cuts” in state spending and relying on “conservative”

In a March fundraising letter to Floridians, Mitt Romney skews economic statistics under President Barack Obama. Among the letter’s claims:

Romney says the numbers for unemployment, bankruptcies and foreclosures are “soaring.” That’s simply not true. They all started rising sharply under Bush, continued to rise for a time under Obama, but then peaked and are currently declining.

Romney claims Obama stood over “the greatest job loss in modern American history.” But more jobs were lost under his predecessor.

John Totten said he often looks out for his friends and family by emailing them FactCheck.org articles.
When he came across a conservative group’s TV ad about North Carolina’s budget battle, Totten thought of a cousin who lives in that state and uploaded the video to Spin Detectors.
We found that Americans for Prosperity omitted some important information in its ad attacking the Democratic governor and praising the Republican-controlled state legislature. For example, the ad says the legislature added state funding for “2,000 more teachers” and that its budget “adds teachers.” But the legislature’s increased funding didn’t make up for the loss of federal money and discretionary state funds that local districts use to hire teachers.