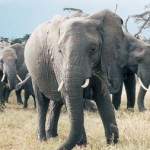 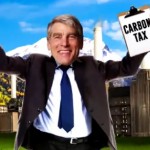 Crossroads GPS claims that Colorado Sen. Mark Udall “voted to enact a carbon tax.” Udall did no such thing. Republican Thom Tillis claims that Sen. Kay Hagan “supported a carbon tax” that would destroy “up to 67,000 jobs in North Carolina over the next ten years.” That’s not accurate, either.

The Democratic National Committee takes Tim Pawlenty's comments on his presidential campaign out of context. In a web video posted May 22, the DNC claimed that Pawlenty said, "I don't know," in response to a question about why he was running. But the reporter had asked when the former Minnesota governor knew that he wanted to be president — not why.

The DNC was quick to criticize Pawlenty, posting the video the same day he announced that he would run in another web video.

Once again we find that Tim Pawlenty has changed course on an issue that is something of a litmus test for Republican candidates. In this case, it’s government bailouts.
On Jan. 16, he condemned all such bailouts, saying: "I don’t think the government should bail out Wall Street or the mortgage industry or for that matter any other industry." But back in 2008, when the sub-prime lending crisis was gathering force, Pawlenty said that some entities were "too big,

Likely GOP presidential candidate Tim Pawlenty's views on cap and trade aren't what they used to be.
Pawlenty told "Fox News Sunday" on Jan. 16 that he "never did sign a bill relating to cap and trade" when he was governor of Minnesota, but that's not true. He also said: "I've opposed cap and trade." However, that's been the case only since 2009.
In fact, the bill he signed in 2007 specifically required a task force to "recommend how the state could adopt"

It has been seven whole weeks now since the midterms, and – like you, perhaps – we’ve enjoyed watching football and “Glee” uninterrupted by campaign ads. But that doesn’t mean there’s no campaigning going on. Potential Republican presidential aspirants …

The House of Representatives passed H.R. 2454, the American Clean Energy and Security Act in June 2009. A chain e-mail that has been forwarded to us repeatedly in recent days says that the bill would require homeowners to retrofit their houses to meet new energy standards, and obtain a license from the Environmental Protection Agency before they could sell a home. Don’t believe it. The claims are false.
In fact, we said last summer that claims that the bill requires such things were false in our Ask FactCheck titled "Energy Bill and Exisiting Homes."

If you live in Connecticut and are a registered Republican, you may have received a mailer or two from former World Wrestling Entertainment CEO Linda McMahon attacking her opponent in the state’s GOP Senate primary, former U.S. Rep. Robert Simmons. But some of the mailers’ claims are false.
In one mailer, McMahon claims Simmons cosponsored cap-and-trade legislation that will “cost the average American family more than $1,700 a year.”

First, Simmons did not, as the mailer implies,