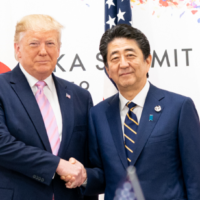 President Donald Trump described a security treaty with Japan as an “unfair agreement” negotiated by “stupid” American officials in which “Japan doesn’t have to help us at all” if the U.S. is attacked. But that ignores the benefits in the treaty for the U.S.

A pro-Jeb Bush super PAC says John Kasich “voted with Nancy Pelosi to cut troop levels and military funding.” That’s true. But those votes came at a time when the debate was not whether to reduce troops or defense spending, but by how much. 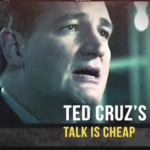 An ad from a conservative advocacy group attacks Sen. Ted Cruz as “weak” on defense, but makes several misleading claims to back up that assessment. 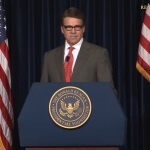 Rick Perry says the U.S. is at risk because “our spending on defense has declined 21 percent over four years.” But that includes war funding, which has sharply declined now that U.S. combat troops are out of Iraq and leaving Afghanistan. 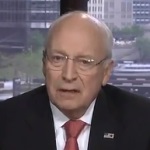 Paul Ryan insisted in the Oct. 11 debate that Mitt Romney will not increase defense spending. Joe Biden interrupted Ryan twice to say Romney will increase it by $2 trillion. Who’s right? The answer depends on another question: compared with what?
Romney would spend $2 trillion more than Obama over the next 10 years on the Pentagon’s base budget — which excludes war funding. But Romney won’t increase total annual defense spending as a percentage of gross domestic product compared with fiscal year 2012.

One ad says that “when Tim Kaine proposed harsh funding cuts for Virginia schools, one Democrat called it ‘a kick in the teeth.’ ” It’s true that the top official in one wealthy county did that — when the then-Virginia governor proposed a one-year delay to a scheduled change that would have prevented cuts for two-thirds of the state’s poorest school districts.

CBS’ "Face the Nation" on May 17 featured the divergent views of Anthony Romero, executive director of the American Civil Liberties Union, and Republican Rep. Peter King of New York. Host Harry Smith asked about President Obama’s decision to block the court-ordered release of photos allegedly showing harsh treatment of detainees during interrogations in Iraq and Afghanistan. That led King to say that top government officials didn’t know about the abuse of prisoners, while Romero said the "highest levels"

In the New York Times‘ "Caucus" blog today, Kate Phillips offers a well-documented and thorough analysis of a lingering controversy: Did Winston Churchill really say about torture what President Obama says he did?
There has been considerable back-and-forth elsewhere regarding this passage in the president’s "100 days" news conference:

Obama, April 29: I was struck by an article that I was reading the other day, talking about the fact that the British during World War II,