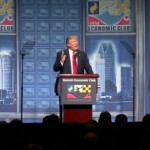 Donald Trump made several false and misleading statements in a speech at the Detroit Economic Club on Aug. 8. 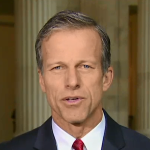 In making his pitch to repeal the estate tax, Sen. John Thune grossly inflated an out-of-date statistic about the percentage of businesses forced to liquidate because of the tax.

Loco for Local in Maine 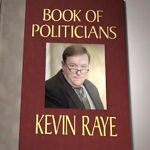 It may be true that all politics is local, but in Maine the contenders in a Republican congressional primary are positively wallowing in locality — while making dubious claims about each other’s address.

Republican-leaning group that calls itself “the conservative alternative” to AARP.

Up next in our look at past claims made by the 2012 presidential candidates: Rep. Ron Paul. No stranger to presidential campaigns, the Texas Republican has made his share of factual flubs. Paul declared his 2012 candidacy May 13.

He falsely claimed last December that the estate tax "especially harms small and family-owned businesses." But if the estate tax was returned to 2009 levels, less than 8 percent of estates taxed in 2011 would be family farms and businesses,

It has been seven whole weeks now since the midterms, and – like you, perhaps – we’ve enjoyed watching football and “Glee” uninterrupted by campaign ads. But that doesn’t mean there’s no campaigning going on. Potential Republican presidential aspirants …

The Free Enterprise Fund continues a campaign of misinformation against the estate tax.

A Paris Hilton impersonator says it would be “awesome” to repeal the estate tax, while an anti-tax group calls the tax “cruel and unfair.”

A Half-true Attack on McCain

In TV and radio ads two conservative groups greatly overstate the burden that the federal estate tax puts on heirs to a family farm or business.