Durbin and the Filibuster ‘Myth’ 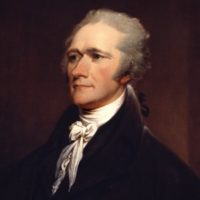 Democratic Sen. Dick Durbin defended the filibuster, claiming getting rid of it “would be the end of the Senate as it was originally devised and created going back to our Founding Fathers.” But the filibuster wasn’t part of the Senate rules when it was created. 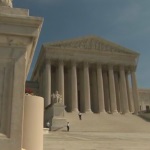 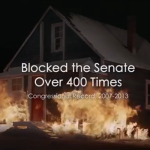 Sen. Mitch McConnell’s Democratic opponent exaggerates when she claims in a TV ad that McConnell “blocked the Senate over 400 times” since 2007.

Sen. Rand Paul says it “took 13 hours of filibuster” to finally force the Obama administration “to say, no, we won’t kill noncombatants in America.” In fact, Attorney General Eric Holder said “no” at a Senate hearing shortly before Paul began his filibuster.
“After much gymnastics I am very glad to hear that it is the opinion of the Department of Justice that it would be unconstitutional to kill a U.S. citizen on U.S. soil if that individual did not pose an imminent threat,”

On the Sunday before confirmation hearings kicked off for Supreme Court nominee Elena Kagan, we heard several misleading comments having to do with her or nominations of earlier years. We also found no evidence to back up Sen. John Cornyn’s claim that the new health care law was negatively impacting seniors’ access to health care. And Sen. Lindsey Graham’s assertion that Rahm Emanuel said it’s administration "policy" to pull troops out of Afghanistan "in large numbers"

A Fictional View of the Filibuster