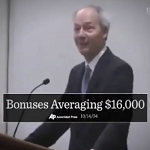 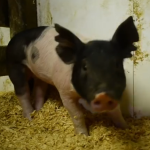 A TV ad from Rep. Bruce Braley says his Republican opponent in the Iowa Senate race “never wrote one measure to slash spending” as a state senator — implying her record is devoid of any effort to cut spending. But that’s not the case.

Christie vs. Paul and the Facts 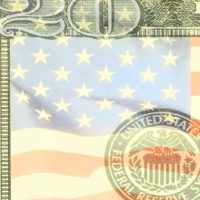 Obama’s Spending: ‘Inferno’ or Not?

Is President Obama’s spending an “inferno,” as Mitt Romney claims, or a binge that “never happened” as an analysis touted by the White House concluded? We judge that both of those claims are wrong on the facts. The truth is that the nearly 18 percent spike in spending …

Mitt Romney says, “If you want a fiscal conservative, you can’t vote for Rick Santorum, because he’s not.” Really? Three fiscally conservative groups rate Santorum’s lifetime voting record as better than most other Republican lawmakers, and one of them considers him a “Taxpayer Hero.”
Romney is on paper-thin ice with his new line of attack against his surging rival.

Santorum is a “hero” to the anti-pork Citizens Against Government Waste — which gives him a lifetime voting record better than three-fourths of the senators with whom he served in his final year in Congress.

Romney vs. Santorum: A Misleading Contrast

Pro-Romney forces are looking beyond Michigan, hammering Rick Santorum in four other states with a new TV ad making some misleading claims.

The ad claims Mitt Romney turned around Massachusetts’ finances without raising taxes, when in fact he raised hundreds of millions in new government “fees” when he was governor.
It also rehashes a boast that Romney issued 800 vetoes, but fails to mention that more than 700 were overridden.
It attacks former Sen. Santorum for “voting for billions in waste,”

Winning Our Future’s new TV ad falsely claims Newt Gingrich “slashed” spending in his four years as House speaker. Federal spending went up 18 percent from 1995 to 2000, the time frame mentioned in the ad.
In addition, the ad credits Gingrich for “record-breaking surpluses.” There were surpluses for four straight years — from fiscal years 1998 through 2001 — but Gingrich already had left Congress in January 1999. The largest of those surpluses came in fiscal year 2000,

All sides agree that the federal government borrows too much, so why exaggerate? In the latest example, a national TV ad shows an actor portraying a drug addict and claiming that the U.S. is borrowing 41 cents of every dollar spent, which isn’t true.
As shown in this chart, which we’ve produced from the most recent official figures from the Congressional Budget Office, the true figure was 36.1 cents of every dollar for fiscal year 2011,

A conservative Christian group makes some wildly improbable claims about government spending in a satirical ad targeting Democrats.
The ad mimics the format of spots for prescription drugs, touting "Spenditol" as a cure for the "chronic pain" of rising gasoline and food prices and unemployment worries. While we do get the joke, and hate to be killjoys, we are obliged to note that the ad strays from the facts here and there. It claims that the 2009 stimulus law "didn't create jobs"