Is Illegal Immigration Linked to More or Less Crime? 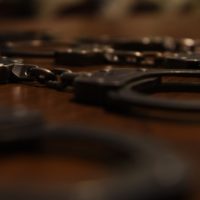 President Donald Trump said it’s “not true” that immigrants in the U.S. illegally are “safer than the people that live in the country,” providing several crime statistics he claimed represented the “toll of illegal immigration.” Sen. Bernie Sanders made the opposite claim, saying: “I understand that the crime rate among undocumented people is actually lower than the general population.”