President Donald Trump said it’s “not true” that immigrants in the U.S. illegally are “safer than the people that live in the country,” providing several crime statistics he claimed represented the “toll of illegal immigration.” Sen. Bernie Sanders made the opposite claim, saying: “I understand that the crime rate among undocumented people is actually lower than the general population.”

There are not readily available nationwide statistics on all crimes committed by immigrants in the country illegally. Researchers have provided estimates through statistical modeling or by extrapolating from smaller samples. One such study backs the president’s claim, but several others support Sanders’ statement.

Trump made his claim during a press conference on June 22 with “angel families” whose loved ones were killed by immigrants without legal status. Trump sought to debunk the idea that immigrants who come to the country illegally have lower rates of violent crime than native-born Americans. But he rattled off government statistics on various crimes committed by all immigrants in an attempt to make his point.

Trump, June 22: So here are just a few statistics on the human toll of illegal immigration. According to a 2011 government report, the arrests attached to the criminal alien population included an estimated 25,000 people for homicide, 42,000 for robbery, nearly 70,000 for sex offenses, and nearly 15,000 for kidnapping. In Texas alone, within the last seven years, more than a quarter million criminal aliens have been arrested and charged with over 600,000 criminal offenses. You don’t hear that.

I always hear that, “Oh, no, the population’s safer than the people that live in the country.” You’ve heard that, fellas, right? You’ve heard that. I hear it so much, and I say, “Is that possible?” The answer is it’s not true. You hear it’s like they’re better people than what we have, than our citizens. It’s not true.

Two days after Trump made his remarks, Sanders responded on CNN’s “State of the Union,” saying that the crime rate for those in the country illegally “is actually lower than the general population.”

The issue is ripe for dispute because, as we said, there are not readily available statistics on this issue. The Justice Department keeps data on federal crimes committed by immigrants in the country illegally — and an analysis from the U.S. Sentencing Commission found that undocumented immigrants made up a disproportionate share of federal inmates sentenced for nonimmigration crimes in 2016. But the vast majority of crimes (more than 90 percent) are dealt with at the state and local level, where those kinds of data are harder to come by because those jurisdictions rarely record whether prisoners are immigrants in the country illegally.

In making his case, Trump did not cite any kind of study that attempts to show whether illegal immigration is associated with more crime. Rather, he provided statistics on the number of crimes committed by all noncitizens, whether they are in the country illegally or legally.

The first set of numbers on homicides, robberies, sex offenses and kidnappings nationwide come from a Government Accountability Office report in 2011 (see Table 2 on page 21) based on FBI arrest histories of all immigrants incarcerated in local jails and state and federal prisons. The figures include arrests of “criminal aliens,” which are all noncitizens, between August 1955 and April 2010, though about 90 percent of the arrests were after 1990. The report does not compare the crime rates of immigrants in the country illegally with those for native-born residents.

The Texas numbers cited by Trump come from the state Department of Public Safety, and Trump has inaccurately cited the state’s figures before. They, too, are for arrests for all noncitizens, even though the state does give some figures for arrests of those identified as being in the country illegally. Still, the state agency acknowledges that its figures “do not attempt to allege that foreign nationals in the country illegally commit more crimes than other groups.”

Other research from the Cato Institute attempted to provide national estimates. A study published on June 4 used data from the Census Bureau’s American Community Survey for 2016 and applied statistical modeling to estimate the number of incarcerated immigrants in the country illegally. It filtered the data using characteristics correlated with being an immigrant in the country illegally, such as whether someone is a noncitizen but has not served in the military or received Social Security income. The research concluded: “Illegal immigrants are 47 percent less likely to be incarcerated than natives.” (And legal immigrants are even less likely to be in jail or prison.)

One of the study’s authors, Michael Light, a professor of sociology and Chicano/Latino studies at the University of Wisconsin, told us via email that the president is conflating two different issues and misusing statistics.

“The claim that immigrants are less crime prone refers exactly to the type of findings [from his study and the one from Cato]: that the rate of crime within the immigrant community is lower than the rate of crime among U.S. citizens. OR, that communities with high levels of immigrants tend to have lower crime rates than communities with fewer immigrants,” Light said. “And those statements are not contradicted by stating the number of offenses committed by immigrants (as the President did).”

“Imagine I were to claim that women are less violent than men, which is as close to a social fact that we have in criminology,” Light said. “And one were to reply saying that this isn’t true because in 2015 over 78,000 women were arrested for violent crimes, and nearly 1,000 were arrested for homicide. Those statistics in no way contradict the original statement that men tend to be more violent.”

Research published in Social Science Quarterly in 2016 looked at rates of violent crime and drug arrests by state for 2012 to 2014 and compared them with statistics on the foreign‐born and Mexican nationals living in the United States, as well as estimates of the undocumented foreign and undocumented Mexican population by state. The study found no association between immigrant population size and increased violent crime, though it found a “small but significant association between undocumented immigrant populations and drug-related arrests.”

Interestingly, a Pew Research Center report in 2013 found that crime rates rise among second-generation immigrants, more closely mirroring the rates of other native-born residents. Some researchers say this is a result of assimilation and simply “catching-up” to their peers.

Numerous other studies have found that immigrants overall — including those with legal status — do not commit crimes at a higher rate than non-immigrants, and that higher concentrations of immigrants do not lead to higher rates of violent crime. A recap of the literature on this topic can be found here. But those studies don’t look specifically at illegal immigration.

There is, however, one study that backs the president’s claim. John Lott, president of the Crime Prevention Research Center, looked at data on prisoners in Arizona state prison between the beginning of 1985 and June 2017 and concluded that “undocumented immigrants are at least 146% more likely to be convicted of crime than other Arizonans.” They also tend to commit more serious crimes, and have significantly higher rates for such crimes as murder, manslaughter, sexual assault and armed robbery, Lott concluded, and are more likely to be gang members. Conversely, Lott found that legal immigrants “were extremely law-abiding,” committing crimes at a lower rate than native-born residents.

Although Lott says his study is unique because “for the first time” he was able to differentiate between immigrants in the country legally and illegally, that claim was contested by Nowrasteh of the Cato Institute. Nowrasteh argues Lott’s study contains a “fatal flaw” in its assumption that it was able to “identify illegal immigrants” from the data. The Washington Post Fact Checker did a deep dive on the arguments and counterarguments about the validity of the study.

“The overall picture of immigrants and crime remains confused due to a lack of good data and contrary information,” Steven Camarota and Jessica Vaughan of the Center for Immigration Studies, a group that advocates low immigration, wrote in 2009.

Camarota told us it is somewhat irrelevant whether immigrants in the country illegally commit crimes at a slightly higher or lower rate than native-born Americans.

But we are looking at a claim from Trump about the comparison of crime rates of immigrants in the country illegally and native-born residents.

“If you are asking if illegals commit crimes out of their proportion of the population as I said maybe, maybe not,” Camarota said. “Data is limited and it depends on who you compare them to.”

As we said, there aren’t readily available nationwide crime statistics broken down by immigration status. But the available research that estimates the relationship between illegal immigration and crime generally shows an association with lower crime rates. The impetus is on the president to provide evidence of his claim, and Trump instead simply cited statistics on violent crime committed by all noncitizens without attempting to compare those figures to crimes committed by native-born residents. 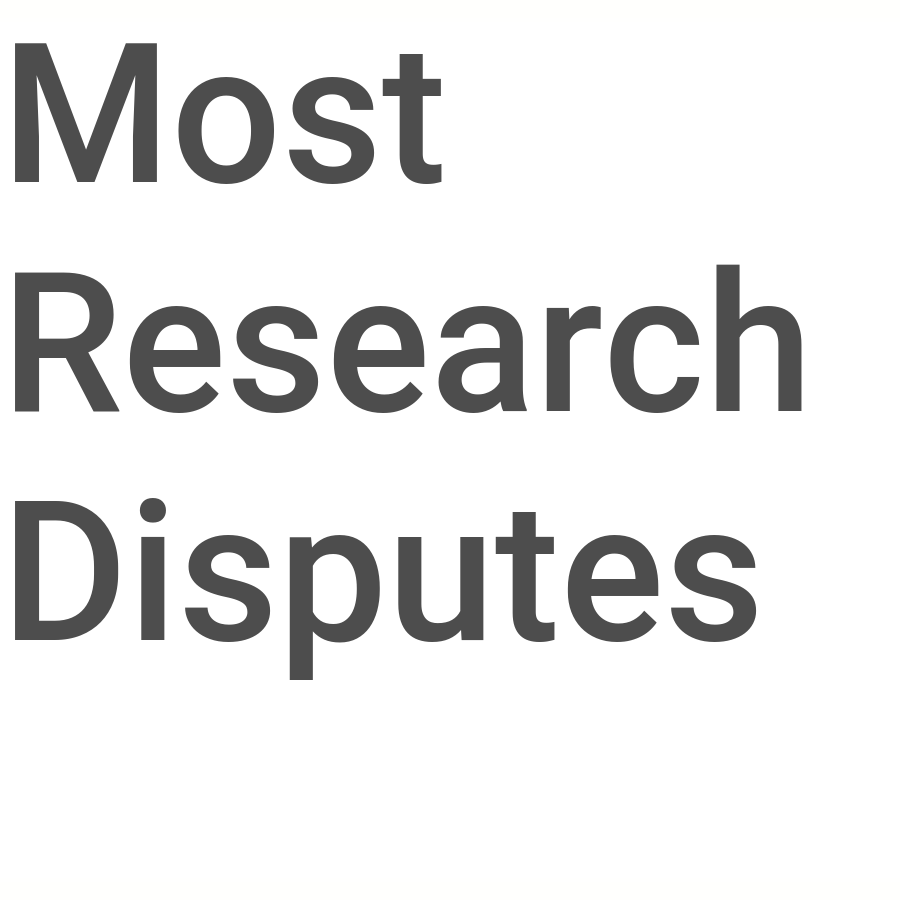 FactCheck.org Rating:
Most Research Disputes
It's "not true" that immigrants in the U.S. illegally are "safer than the people that live in the country" in terms of crimes committed.
Donald Trump
President of the United States
http://www.whitehouse.gov