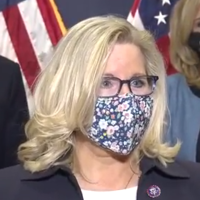 After the Senate passed its version of the American Rescue Plan Act, Republican Rep. Liz Cheney claimed “the result of that package is going to be middle-class tax increases.” The legislation cuts middle-income taxes. 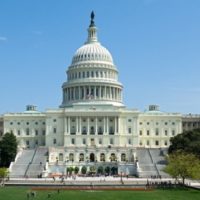 In this video, we highlight six common — and inaccurate — claims from Republicans and Democrats about the GOP tax plans.

A Tax Hike or Benefit for the ‘Middle Class’? 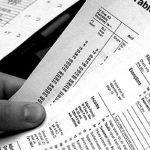 House Minority Leader Nancy Pelosi claimed that the Republican tax cut plan “raises taxes on middle class,” while President Donald Trump claimed that “everybody’s gonna benefit” from a plan that “is for the middle class.”

In episode 38 of our podcast, we highlight false statements from Democrats on the Sunday talk shows, and exaggerations from Republicans about the impact of the new health care law on premiums.

For more on the stories discussed in this episode, see:
Sunday Replay  Nov. 15
The Truth About Health Insurance Premiums  Nov. 19

Americans are worried about money – the government’s as well as their own – and the Sunday talk shows reflected that concern. We had a few bones to pick with their guests when it came to discussion of earmarks, the housing market and Social Security. And however one defines that murky term "middle class," we’re confident it doesn’t include 98 percent of the population.
Did Dems Cut Earmarks in Half?
On "Fox News Sunday,"

We get plenty of mail — well, e-mail — here at FactCheck.org. In this episode of our vidcast, we read a few of the comments from our mailbag. These readers asked who’s behind the Congressional Budget Office and offered an opinion on the definition of “middle class.”

The AFL-CIO is running a print ad this week arguing that "the House bill gets it right" on health care. The Senate bill? Not so much, says the labor federation.
Its beef is with the tax in the Senate Finance Committee bill on high-cost (a.k.a. "Cadillac") health care plans. Unions have come out against the tax, saying many of their middle-class members would be affected. The proposal calls for a 40 percent tax on the value of insurance benefits that exceed $21,000 a year for a family or $8,000 for an individual.

Impact of Capital Gains Tax on the Middle Class

Q: Would raising the capital gains tax rate hit the middle class?
A: More than 80 percent of all capital gains income went to those making more than $200,000 a year in 2006. Very few making under $50,000 would be affected by any increase in the top capital gains rate.

Q: Is there a standard, accepted definition of what constitutes the "middle class"?
A: No, there isn’t. "Middle class" means different things to different people – and politicians.