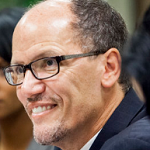 Obamacare for the Mortgage Industry?

A slate of new ads from the 60 Plus Association evoke a well-worn conservative punching bag — “Obamacare” — to attack seven senators for supporting a lesser-known plan to overhaul the housing finance market.

McCain once again attacked Obama for proposing new spending, putting the figure at more than $860 billion. But at the same time, McCain himself began the debate by proposing a new spending program, to buy up troubled mortgages directly from homeowners and replace them with 30-year loans guaranteed by the government. McCain’s campaign e-mailed reporters with the following cost estimate:

McCain press release: The direct cost of this plan would be roughly $300 billion because the purchase of mortgages would relieve homeowners of “negative equity”