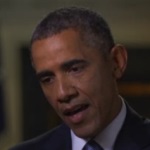 President Obama enjoys his sports analogies, so let’s just say that he fumbled when he was asked whether he made a “misjudgment” eight months ago in dismissing the Islamic State in Iraq and Syria as the equivalent of “a jayvee team.” 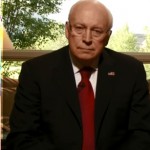 In an interview on Fox News, former Vice President Dick Cheney went too far with his claim that President Obama “has stated repeatedly the terrorist threat is gone.” 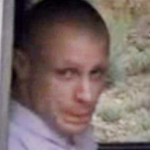 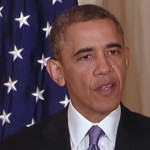 President Obama says the May 8 House hearing on Benghazi and subsequent reporting about it produced no new information. That’s largely the case, but the president misrepresented some facts at his May 13 press conference in dismissing the House investigation as a “political circus.” 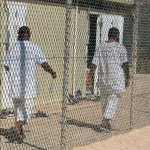 Sen. John McCain exaggerated when he claimed that about 25 percent of prisoners released from Guantanamo have returned to terrorist activities in “leadership positions.”

The question won’t go away: Did President Obama and administration officials mislead the public when they initially claimed that the deadly Sept. 11 attack on the U.S. consulate in Benghazi began “spontaneously” in response to …

Giuliani and the Lessons of Fort Hood

Former New York City Mayor Rudy Giuliani went beyond the boundaries of what investigators have reported on Sunday when he said the suspect in the 2009 Fort Hood shootings indicated "a desire to participate in jihad" three years before the attack. It is still not clear what the Army knew – and when – about the political views of Maj. Nidal Hasan, or how it failed to identify him as a potential internal threat before the attack that killed 13 people and wounded dozens.

In a TV ad based on innuendos and half-truths, a GOP challenger accuses his Lebanese American opponent, Democratic Rep. Nick Rahall, of taking campaign cash from “a convicted terrorist” and “a group with terror ties.”

Rahall is a Presbyterian whose grandparents immigrated from Lebanon. The ad by his Republican opponent, Spike Maynard, first aired Oct. 20 in West Virginia’s 3rd Congressional District. It also claims Rahall is "bad for America," attempting to tie Rahall to terrorism using the classic guilt-by-association fallacy.

Call this one the Axelrod Edition. President Obama’s senior adviser, David Axelrod, was on three of the political talk shows on July 11, and we found that he strayed from the factual straight-and-narrow several times in talking about the oil spill, border security and other issues.
We also found Republican congressman Brian Bilbray overstating support for an immigration bill and Attorney General Eric Holder repeating a claim we’ve critiqued before about how many terrorism trials have taken place in the civilian justice system.