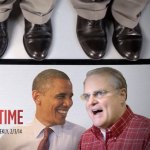 Tom Cotton accuses Sen. Mark Pryor of “toeing the line” for President Obama and the Democratic Party, but Pryor voted against Obama more than any other Senate Democrat. 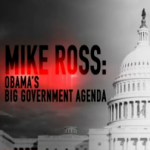 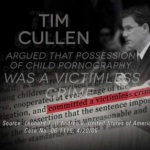 An outside group with a history of running dubious ads in judicial races claims Tim Cullen, a candidate for the Arkansas Supreme Court, argued in a legal brief “that child pornography was a ‘victimless crime.’ ” Not exactly.

Another liberal group is attacking Republican Rep. Tom Cotton in Arkansas by saying Cotton has experience in the insurance industry and is attempting to undermine Medicare. Cotton’s insurance experience is limited to consulting work for a federal agency.

Disconnecting the Dots in Arkansas 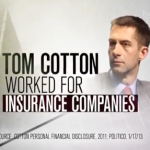 A TV ad says Rep. Tom Cotton was “paid handsomely working for insurance companies” and wants to transform Medicare in ways that would benefit the industry at the expense of seniors. But there’s no evidence Cotton did work for insurers.

Arkansas Race Off to Misleading Start 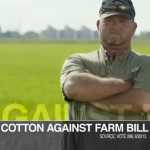 The Arkansas Senate race got off to a dubious start as both major party candidates found themselves under attack in misleading TV ads.

In the final week of Arkansas’ June 8 runoff campaign for the Democratic Senate nomination, Lt. Gov. Bill Halter is running a misleading ad against Sen. Blanche Lincoln that accuses her of "cutting Social Security" and threatening to cut Medicare and Social Security in the future. For sure, there are differences between the two candidates. Lincoln is a strong supporter of reducing the deficit, and is on record as wanting to find "greater efficiencies" in entitlement programs,

A recent TV ad from Arkansas Lt. Governor Bill Halter claims that Democratic Sen. Blanche Lincoln "says she voted against bailing out Wall Street." That’s not what Lincoln said. The two are campaigning in the Democratic primary for the Senate.
Halter’s ad refers to a Lincoln campaign ad from March in which she said she has voted against "giving more money to Wall Street."
Lincoln never denied voting in favor of the 2008 Troubled Assets Relief Program,