The Facts on Media Violence 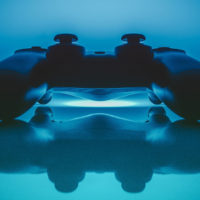 In the wake of the Florida school shooting, politicians have raised concern over the influence of violent video games and films on young people. Scientists still debate the issue, but the majority of studies show that extensive exposure media violence is a risk factor for aggressive thoughts, feelings and behaviors.

Q: Did General Motors repay its TARP loan from the Treasury with other TARP money?
A: Yes. GM repaid the loan portion of the automaker bailout ahead of schedule, with interest. It used TARP money it had already received but hadn’t spent. And taxpayers are still stuck with GM stock that isn’t worth what was paid for it.

Two liberal groups, the Progressive Change Campaign Committee and Democracy for America are airing an ad that faults Iowa Sen. Chuck Grassley for not supporting a "public option" as part of any proposed health care legislation. But their ad uses inflated figures.

Grassley has spoken out against including a "public option" as part of a health care bill. The ad implies that he’s done so because he’s "taken over $2 million dollars from the big health and insurance industries that oppose reform."