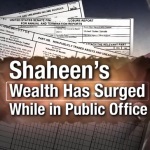 A conservative group accuses Sen. Jeanne Shaheen in a TV ad of “profiting from her votes in Congress.” But the scandal is how the group distorts the facts.

How Not To Use a Survey 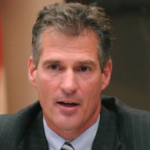 Republicans cite a new survey to claim health insurance premiums are up 90 percent in New Hampshire because of the Affordable Care Act. But that figure is based on just one insurance broker in the state.

A Democratic super PAC created to “protect and expand the Democratic majority in the U.S. Senate.” 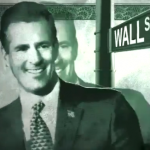 Massachusetts Sen. Scott Brown and challenger Elizabeth Warren are accusing each other of “not telling the truth.” Brown says Warren worked to “restrict payments” to asbestos victims, while Warren says she worked to “get more money” for them. We find Warren is correct; Brown’s ad is a distortion.
It may seem counter-intuitive that Warren’s work on behalf of an insurance company that covered an asbestos manufacturer could be work on the same side as the victims of the case.

An abortion rights group says that Republican Sen. Scott Brown of Massachusetts is “straight-up lying” in a new ad that says he is “pro-choice, and he supports a woman’s right to choose.” That’s wrong. Brown has consistently said he is a supporter of abortion rights dating back to 2004, and he urged the GOP this year to change its platform to be more inclusive of Republicans like him. The group’s complaint concerns a few votes on matters such as federal funding and religious conscience clauses that have angered abortion rights organizations and earned support from anti-abortion groups.

The November elections are still nearly a year away, but the TV air wars over Senate seats have officially begun in earnest. The balance of power is up for grabs, and outside groups are pouring millions into ads attacking candidates in key Senate races. The biggest plays have come from Crossroads GPS …

A misleading liberal ad attacks Sen. Scott Brown as a yes-man for “Wall Street and the national Republican agenda.” The truth is that Brown was one of only three Republican senators to vote for the controversial Dodd-Frank Wall Street Reform and Consumer Protection Act. And the Massachusetts senator votes contrary to other Republican senators once every five or six votes, a more independent record than all but a few in his party.
The ad is the work of MassUniting,