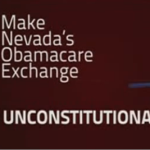 On NBC’s "Meet the Press," Senate Majority Leader Harry Reid exaggerated the latest job gains in the manufacturing sector and grossly minimized tea party victories in the 2010 midterm elections.
In the interview — which NBC taped a day before the Jan. 8 shooting of Democratic Rep. Gabrielle Giffords and others in Tucson, Ariz. — Reid spoke about the latest employment numbers. The economy added 113,000 private sector jobs in the month of December, dropping the unemployment rate to 9.4 percent from 9.8 percent.

Republican Sharron Angle says in a TV ad that Nevada Sen. Harry Reid “voted to raise taxes” 300 times. A “staggering 300 times.” He didn’t. We reviewed the 304 votes provided by the Angle campaign and found its final tally was padded …

Sharron Angle attacks Harry Reid in two new ads for being wealthy and for making $1 million on a real-estate deal, which is true enough. But one of the ads falsely claims that the Senate Majority Leader "pushed ethics loopholes," and the other makes the unsubstantiated claim that the land deal was "shady."

Angle, the Republican who’s trying to win Democrat Reid’s seat, is running both ads in Nevada as the candidates enter the final stretch of one of the closest Senate races in the nation.

A new ad from Nevada Republican Senate candidate Sharron Angle says that Angle’s opponent, Senate Majority Leader Harry Reid, "voted to use taxpayer dollars to pay for Viagra for convicted child molesters and sex offenders." That sensational claim hasn’t gotten any more true since the first time we addressed it, shortly after the health care bill was passed.

It’s true that Reid voted to table an amendment that would have barred convicted sex offenders from getting coverage for drugs like Viagra from health plans sold through state-based exchanges.

In the Nevada Senate race, the state’s economy — it has the highest unemployment in the country — has prompted two new ads that deal with illegal immigration. Republican challenger Sharron Angle falsely claims Sen. Harry Reid voted to …

In Nevada’s Senate race, Republican Sharron Angle and Democrat Harry Reid began airing new commercials Aug. 26. Angle’s attack ad pictures Reid in a "love triangle" with President Barack Obama and House Speaker Nancy Pelosi, and repeats some familiar but misleading claims.
Like Angle’s, Reid’s ad covers familiar ground. All of its claims are rooted in true statements or proposals. But Reid goes too far in one case. Angle did not say that "Medicare and Social Security violate the Ten Commandments."

GOP candidate Sharron Angle’s latest ad blames rival Sen. Harry Reid for Nevada’s dramatic decline in home value. That’s a real stretch. Angle gets the numbers right, but doesn’t show that Reid is responsible.
In fact, the housing bubble was already starting to deflate by the time Reid became Democratic leader of the Senate.
The ad is another dubious attempt by the Republican tea party enthusiast to pin responsibility for Nevada’s economic woes on the incumbent.

The ad is called "Please Stop," and it mocks Democratic Sen. Harry Reid’s campaign slogan of "no one can do more" for Nevada. In the ad, Angle concedes that Reid "has done more for Nevada," but she doesn’t mean it in a good way. The ad, which began airing July 21, gets the basic facts right:

Angle says in her ad,

Nevada Sen. Harry Reid is slugging it out with his Republican opponent Sharron Angle over the state’s dismal unemployment rate. It’s a fair fight. Their dueling ads are totally accurate. But each leaves key facts unsaid.

Angle’s 60-second ad first aired July 9, and a 30-second version is also airing. It presents a gloomy, menacing picture of the Nevada economy with shaky, blue-tinged shots of melancholy faces, accompanied by background music fit for a funeral. There is no announcer.