Trump’s Defense of His ‘University’ 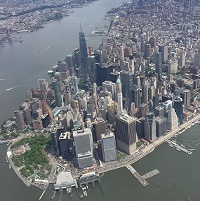 Businessman Donald Trump has made false and misleading claims in response to attacks on “Trump University,” a now defunct program that offered tips on real estate to paying customers.

Republican-leaning group that calls itself “the conservative alternative” to AARP.

American Future Fund continues to exaggerate the facts in a new round of TV ads attacking President Obama’s ties to Wall Street. We do give the group partial credit, however, for correcting a misstatement from one ad it has re-released. It gets “partial credit” because the group corrected the error once in the revised ad, but then repeated the error elsewhere in the same ad. And the group didn’t make any revisions to address other gross misstatements in the ad.

Straining the Facts on Federal Spending

A TV ad by a conservative group gives some factually challenged answers to its own rhetorical question, “How exactly does President Obama spend your tax dollars?”

It wrongly claims that the boss of the General Services Administration “couldn’t make it to Vegas because she had meetings planned … at Solyndra.” That’s not true. The claim linking the two scandals is based on an inaccurate April 10 report that was quickly corrected — nearly two weeks before the ad first aired.

The American Future Fund, a conservative advocacy group, is launching an offensive on multiple fronts against the proposed health care bill. Its television ad mixes bits of recycled images and false claims with new falsehoods, while its print ad sticks closer to the facts but begs some context.
Video Attacks

First off, the ad says that "liberals are crafting a secret health care bill behind closed doors." That’s absurd. The health care overhaul bills were passed months ago (the House version passed in November,

In this edition of Extras, we look at morphing presidents, a piece of health care pie chart and an ad that checks itself.
Mighty Morphin’ Presidents
In Sunday’s New York Times, the American Civil Liberties Union took out a full page ad urging President Obama to try Sept. 11 defendants in criminal court, as opposed to military tribunals. The ad even included a stark graphic morphing Obama’s face with former President Bush’s:

But the ad cites a questionable statistic.