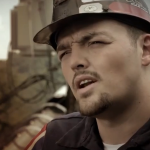 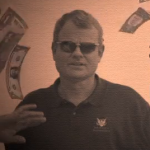 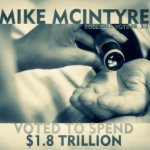 In a sneak preview of the 2014 campaign, a GOP ad in North Carolina says Rep. Mike McIntyre “voted to spend $1.8 trillion on Obamacare” and “keep Obamacare’s taxes.” Spoiler alert: The ad is misleading.

The National Republican Congressional Committee misleads in a TV ad that claims a Democratic candidate for Congress supports “eliminating Medicare entirely.”
David Gill, who is running for a House seat in Illinois, supports a universal health care plan that would cover all Americans — ending the need for a stand-alone Medicare program. The federal government would still provide coverage to seniors and other Medicare beneficiaries under the proposal.
The NRCC’s ad contains three more claims that fail to tell the whole story or are misleading.

A Democratic congressman who has reliably supported extending the Bush tax cuts is now being attacked by a GOP TV spot claiming he “voted for higher taxes on Social Security, small businesses, middle-class families, even marriage.” All those claims are false or, in the case of Social Security, misleading.
The target of this deceptive attack from the National Republican Congressional Committee is Rep. Mike McIntyre of North Carolina, a conservative “Blue Dog” Democrat who bucked his party by voting for every extension of Bush’s cuts,

The National Republican Congressional Committee claims the federal health care law taxes “sick puppies,” but that’s a big stretch. No puppies are taxed by the law. Instead, the reference is to a tax on medical devices.
For more, see our June 19 story, “NRCC: ‘Obamacare’ Taxes Sick Puppies.”

In a strained attempt to portray Democratic Rep. Bobby Bright of Alabama as a puppet of House Speaker Nancy Pelosi, the National Republican Congressional Committee makes an interesting claim: "Bobby Bright voted with Nancy Pelosi over 70 percent of the time." That’s entirely true, but context is everything: Bright’s low score ranks him next to last in party loyalty.

The ad, which first aired Sept. 12, is one of several released by the NRCC this week that use Pelosi as a foil.

Ethics increasingly has become an issue in the final weeks of the hotly contested special election in the 12th congressional district in Pennsylvania. Republican candidate Tim Burns has been running a television ad saying Democrat Mark Critz “was investigated …

Over the Top on TARP

It’s always fascinating to watch history being rewritten before one’s very eyes. A fresh example comes courtesy of the National Republican Congressional Committee, in a cookie-cutter press release attacking Rep. Gerry Connolly of Virginia and a slew of his fellow Democrats.
We were sent a version of the release headlined "New Poll: Americans at Odds with Connolly’s [or other Democrat’s] Stimulus." It cites a new Pew Research Center poll that shows most Americans don’t believe the $787 billion stimulus bill,

In episode 9 of FactCheck Radio, we debunk false tweets from the political parties on Twitter, and we look at dueling ads in a special election to fill a House seat in Pennsylvania.
(Click the play button below to listen to the podcast. Or subscribe to the podcast on iTunes.)

For more on the stories discussed in this episode, see:
Mis-Tweets on Twitter  April 28
A False Hit on Critz April 22
Another False Tax Attack (And One That’s Just Deceptive) April 21