Vote for Us for a Webby Award 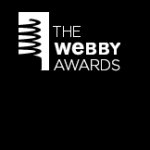 We’re asking you: Will you vote for us for a 2012 Webby People’s Voice award?

Obama and the ‘Buffett Rule’

In their zeal to pass the “Buffett Rule,” President Obama and Vice President Biden leave the false impression that many, if not most, millionaires (people who earn $1 million or more a year) are paying a lower tax rate than the middle class. The fact is that even without the Buffett Rule “more than 99 percent of millionaires will pay” a higher tax rate than those in the very middle of the income range in fiscal year 2015,

On the campaign trail, Mitt Romney has been hammering a statistic that “over 92 percent of the jobs lost under this president were lost by women,” evidence, he says, that President Obama’s policies amount to a “war on women.” Romney’s statistic is accurate, as far as it goes. But it’s not the whole story.
Looking back at the whole recession, men have lost many more jobs than women. But the biggest job losses for men came earlier in the recession,

This week, readers sent us a request to define budget “cuts,” and a comment about Supreme Court opinions.
In the FactCheck Mailbag, we feature some of the email we receive. Readers can send comments to editor@factcheck.org. Letters may be edited for length.

A Club for Growth Action TV ad in Nebraska’s Republican Senate primary exaggerates spending under state Attorney General Jon Bruning. It claims Bruning has “nearly doubled” his office’s budget. But the increase — 81 percent from 2003 to 2011 — doesn’t account for inflation or the fact that the AG’s office now pays to defend suits filed against all state agencies, rather than having individual agencies cover the cost. The budget figure also includes a 516 percent increase in federal funds,

A visually striking new ad from a Republican Senate candidate provides a stark image of the U.S. debt problem — and almost gets the numbers right.
The 30-second spot hit the airwaves in Wisconsin April 7. It shows GOP Senate candidate Eric Hovde climbing up the foothills of an Everest-like graph depicting the soaring federal debt.
Hovde’s scary-looking chart is accurate. But as he speaks, he exaggerates both the degree of current borrowing, and how U.S.

Mitt Romney has put the brakes on a TV ad attacking Rick Santorum — one that highlights the blistering defeat the former Pennsylvania senator suffered in his 2006 reelection bid — as Santorum spends time with his ailing daughter. But with Santorum’s people announcing plans to head back to the campaign trail, expect the ad running in Santorum’s home state to resume as well.
The ad reminds Pennsylvanians of the trouncing Santorum got in his last election in 2006.

The Campaign for Primary Accountability is a Texas-based Super PAC funded largely by conservatives that targets long-time House members of both parties.