President Obama says Mitt Romney has embraced a budget that could throw hundreds of thousands of children out of Head Start classrooms, eliminate air traffic control services in some places, and “ultimately end Medicare as we know it.” Romney says that’s just “rhetorical excess” and …

When Charles Bertram received a letter from Mitt Romney asking him for money, the Floridian was amused. Bertram is a Democrat — and has been since the late 1970s.
“There was a line in there or something about liberals that just galled me,” the 60-year-old said.
Bertram uploaded the letter to the Spin Detectors website. We found several of the letter’s claims to be false, including Romney’s claim that the rates of unemployment, foreclosures and bankruptcies are “soaring”

In a March fundraising letter to Floridians, Mitt Romney skews economic statistics under President Barack Obama. Among the letter’s claims:

Romney says the numbers for unemployment, bankruptcies and foreclosures are “soaring.” That’s simply not true. They all started rising sharply under Bush, continued to rise for a time under Obama, but then peaked and are currently declining.

Romney claims Obama stood over “the greatest job loss in modern American history.” But more jobs were lost under his predecessor.

This week, readers sent us comments about a dispute over ownership of islands near Russia and Alaska, and the need for more letters in the FactCheck Mailbag.
In the FactCheck Mailbag, we feature some of the email we receive. Readers can send comments to editor@factcheck.org. Letters may be edited for length. 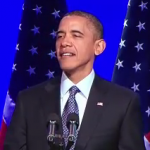 President Obama is being forced to modify his absurdly wrong claim that it would be “unprecedented” for the Supreme Court to strike down the new health care law.
He made that statement April 2 in a news conference:
Obama, April 2: Ultimately, I’m confident that the Supreme Court will not take what would be an unprecedented, extraordinary step of overturning a law that was passed by a strong majority of a democratically elected Congress.
As any number of others were quick to point out,

Mitch McConnell incorrectly claimed that oil production is “up 96 percent on state-owned land and private land,” which isn’t close to being true. Production rose 11 percent on those lands in fiscal year 2011, the period to which McConnell alluded. Even over the last five fiscal years, the rise has been 15 percent — not even one-sixth as large as he claimed.
The Senate Republican Leader’s flub occurred on CNN’s “State of the Union” April 1.