A: No. The errors were discovered and published by HUD’s independent inspector general before Carson became secretary.

Is it true that Ben Carson has found a half trillion dollar error from the Obama administration since he has taken office?

Readers have repeatedly asked us if Secretary of Housing and Urban Development Ben Carson initiated an audit of HUD’s financial statements and found more than $500 billion in accounting errors made by the Obama administration.

That may be because an article published April 6 by the conservative Daily Wire, and republished or cited by other websites, wrongly credited Carson with uncovering the accounting mistakes.

Actually, the errors were discovered during an annual audit started in 2016 by HUD’s Office of the Inspector General, which has been headed by David A. Montoya since December 2011.

According to its website, the OIG, which has a separate budget from HUD, works independently from the department in an effort to “promote efficiency and effectiveness in programs and operations; detect and deter fraud and abuse; investigate allegations of misconduct by HUD employees; and review and make recommendations regarding existing and proposed legislation and regulations affecting HUD.”

President Donald Trump nominated Carson, a former neurosurgeon and Republican presidential candidate, to serve as HUD secretary in December, but the Senate did not confirm Carson to the post until March 2 — one day after the OIG published an updated report providing the total value of the errors.

“HUD reissued its fiscal years 2016 and 2015 (restated) consolidated financial statements due to pervasive material errors that we identified,” the report said.

“The total amounts of errors corrected in HUD’s notes and consolidated financial statements were $516.4 billion and $3.4 billion, respectively.”

But, as the report noted, the OIG first notified HUD officials last year of issues it found during a routine review required by federal law. That was long before Carson became secretary.

HUD OIG, March 1: On November 15, 2016, we issued an independent auditor’s report stating that the U.S. Department of Housing and Urban Development (HUD) was unable to provide final fiscal years 2016 and 2015 consolidated financial statements and accompanying notes in a timeframe that would allow us to obtain sufficient, appropriate evidence to determine whether they were free from material misstatement. We also reported on the delays encountered in the material weakness, Weak Internal Controls Over Financial Reporting Led to Errors and Delays in the Preparation of Financial Statements and Notes. …

We notified HUD management in early December 2016 and requested that it perform its own review. HUD concluded its review and agreed with us that the pervasiveness and scope of the errors contained in the financial statements justified the need to reissue the statements to correct the errors. HUD withdrew its AFR [agency financial report], and on December 28, 2016, HUD’s Acting Chief Financial Officer notified the Inspector General that HUD had requested from the Office of Management and Budget (OMB) an extension for submitting its AFR from November 15, 2016, to March 1, 2017.

For example, the OIG said at least $119 billion in errors were due to incorrect rounding.

“We found several instances in which rounding was performed to the nearest billion and hundred billion, while OMB Circular A-136 requires the highest level of rounding to be at the nearest million,” the report said.

In conclusion, the report said “HUD was able to make revisions to correct the errors identified and make other corrections that were later identified by OCFO,” or the Office of the Chief Financial Officer. “OCFO reissued its financial statements, which included corrections totaling $516.4 billion to its notes and $3.4 billion to its financial statements.”

The report refers to the total as an “absolute value.” That’s because some of the errors were positive figures and others were negative. In all, there were nearly $520 billion in changes.

However, in a Feb. 24 memo from Deputy Chief Financial Officer Courtney Timberlake, HUD said, “Overall, the combined adjustments to the consolidated financial statements resulted in a net adjustment of $3 million, but no change in HUD’s financial position or impact on our programs.”

The OIG didn’t dispute HUD’s response, but called it an attempt by the department to play down “the severity of the condition and impact of the errors identified.” The report said: “While the errors identified may not have changed HUD’s financial position, as HUD states at the bottom of its financial statements, ‘The accompanying notes are an integral part of these statements.’ These notes contained errors of $516.4 billion.”

The bottom line: the OIG, not Carson, was responsible for the audit that led to the correction of over $500 billion in bookkeeping errors by HUD during the Obama administration. Carson wasn’t in office when OIG initiated the audit and the secretary has no authority over the independent IG office. 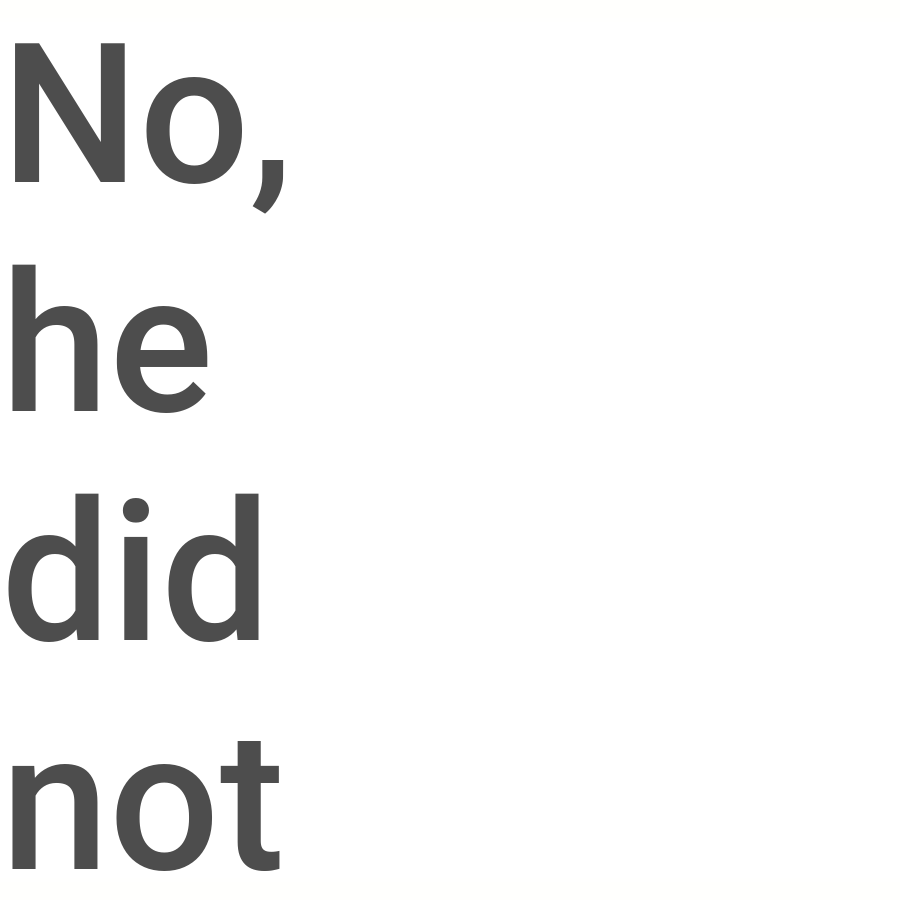 No, he did not
Did Housing and Urban Development Secretary Ben Carson find over $500 billion in accounting errors while auditing HUD’s financial statements?
Ask FactCheck
Readers of FactCheck.org