Republican Sens. Tom Cotton and David Perdue sought to discredit Democratic Sen. Richard Durbin’s account of President Trump using profanity to disparage African countries at an immigration meeting in the Oval Office, saying Durbin has a “history” of misrepresenting what was said at White House meetings.

They are referring to a 2013 Facebook post in which Durbin wrongly claimed a GOP leader had told then-President Barack Obama, “I can’t even stand to look at you.”

But there’s more to that story than Cotton and Perdue presented, and there’s a big difference between what happened then and now.

Durbin was not in the 2013 White House meeting. Rather, he shared a secondhand report he received from White House staffers that turned out to be inaccurate. The White House press secretary at the time said the misquote resulted from a “miscommunication in the readout of that meeting between the White House and Senate Democrats.”

This time, Durbin provided a firsthand account of what he heard at the Jan. 11 meeting. Durbin and Republican Sen. Lindsey Graham were at the White House to discuss their bipartisan plan to save an Obama-era program known as Deferred Action for Childhood Arrivals, or DACA, which Trump is phasing out. A day after the meeting, Durbin quoted Trump as saying of African nations, “‘Those shitholes send us the people that they don’t want.'” In an interview with Charleston’s Post and Courier, Republican Sen. Tim Scott said Graham told him that the media reports about Trump’s language were “basically accurate.”

On the Sunday talk shows on Jan. 14, Cotton and Perdue — who were among the attendees at the immigration meeting – also claimed that Durbin misrepresented what happened at the meeting. Both suggested that Durbin’s version should not be believed because, they said, Durbin has a history of misrepresenting what had been said in White House meetings.

Here’s what Perdue said on ABC’s “This Week”: “In 2013, Senator Durbin also made the same accusation against a Republican leader in a meeting with President Obama, and said that it was – he chewed out the president, it was so disrespectful to President Obama, we couldn’t even have the meeting. That’s what he said in 2013. Later that day, the president’s own press secretary came out and said, and I quote, ‘It did not happen.’ This is about a gross misrepresentation. It’s not the first time.”

They are not telling the whole story. (We asked Cotton’s office if there were other instances besides the 2013 example, but we did not get a response.)

Back in 2013, Durbin posted on his Facebook page that during a meeting with Obama during a government shutdown, a “GOP House Leader told the president: I can’t even stand to look at you.” Durbin later clarified that he was not at the meeting, but he said that’s what he was told by a White House staffer who briefed him on the meeting.

Three days after Durbin posted the comment on Facebook, White House Press Secretary Jay Carney said at a press briefing on Oct. 23, 2013, “I looked into this and spoke with somebody who was in that meeting, and it did not happen.”

But that wasn’t Carney’s final word on the matter. At a press briefing the following day, Carney elaborated: “Let me just say that yesterday I was simply saying that the quote attributed to a Republican lawmaker in the House GOP meeting with the president was not accurate. I wasn’t accusing anybody of anything. And what I can tell you is that there was a miscommunication when the White House read out that meeting to Senate Democrats, and we regret the misunderstanding.”

Carney later added that “the quote attributed to the lawmakers was not accurate, but there was a miscommunication in the readout of that meeting between the White House and Senate Democrats, and we regret that.”

Durbin told reporters at the time that Carney had essentially admitted that the White House had “misled members of Congress.”

“They [the White House] gave me a bad quote and then they said it didn’t occur,” Durbin said.

Again, Carney said there was a “miscommunication” that led to a “misunderstanding.” At the time, Durbin said there was no misunderstanding on his part, and that when a “staffer in the White House” relayed what was said at the meeting, he found the comments so “earth-shattering” that he wrote them down verbatim, the Associated Press reported.

Whether there was a “miscommunication” or the White House staffer relayed incorrect information to Durbin, those circumstances are different from Durbin’s firsthand account of what he says he heard Trump say last week. 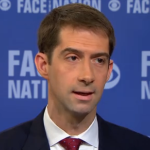