During the 2016 campaign, Hillary Clinton said that one of her goals as president would be to “make human exploration of Mars a reality.” Nevertheless, President Donald Trump mistakenly claimed that NASA “wouldn’t even be thinking about” going to Mars if Clinton had been elected.

Trump made his remarks while speaking to military troops at a U.S. air station in San Diego, California.

Trump, March 13: In space, the United States is going to do Colonel Glenn proud. We are finally going to lead again. You see what’s happening? You see the rockets going up left and right? You haven’t seen that for a long time.

Trump is simply ignoring Clinton’s words during the presidential campaign.

Part of her written response to a question posed by ScienceDebate.org about space exploration was: “Today, thanks to a series of successful American robotic explorers, we know more about the Red Planet than ever before. A goal of my administration will be to expand this knowledge even further and advance our ability to make human exploration of Mars a reality.”

And when Space News magazine asked if she supported NASA’s plans to send astronauts to Mars, Clinton wrote: “I have always been an enthusiastic supporter of human space flight. My administration will continue to invest in this worthwhile endeavor. Mars is a consensus horizon goal, though to send humans safely, we still need to advance the technologies required to mitigate the effects of long-duration, deep-space flight.”

Those responses suggest that she supported sending astronauts to Mars or was at least open to the idea.

It also isn’t clear what Trump meant when he said, “Very soon we are going to Mars.”

A year ago, the president signed legislation that mentioned traveling to Mars, but not until more than a decade from now.

The NASA Transition Authorization Act of 2017 — which passed unanimously in the House and Senate — says that the agency’s administrator “shall contract with an independent, non-governmental systems engineering and technical assistance organization to study a Mars human space flight mission to be launched in 2033.”

Then, in December, Trump issued a policy directive for NASA to plan for another mission to the Moon and beyond.

In a press release about it, NASA said: “The effort will more effectively organize government, private industry, and international efforts toward returning humans on the Moon, and will lay the foundation that will eventually enable human exploration of Mars.”

But the release didn’t say that a trip to Mars would happen “very soon.”

NASA’s own “Journey to Mars Overview” webpage says the agency “is on a journey to Mars, with a goal of sending humans to the Red Planet in the 2030s.”

Trump even joked last April that he would like NASA to move up its schedule to make a mission happen during his presidency.

In a video conference call with astronauts aboard the International Space Station, Trump asked NASA’s Peggy Whitson about the timing of sending a human to Mars. “Is there a schedule?” he asked.

Whitson told the president that, “as your bill directed, it will be approximately in the 2030s.” She added, “Unfortunately, spaceflight takes a lot of time and money.”

“Well, we want to try and do it during my first term or, at worst, during my second term,” Trump replied. “So we’ll have to speed that up a little bit, okay?” 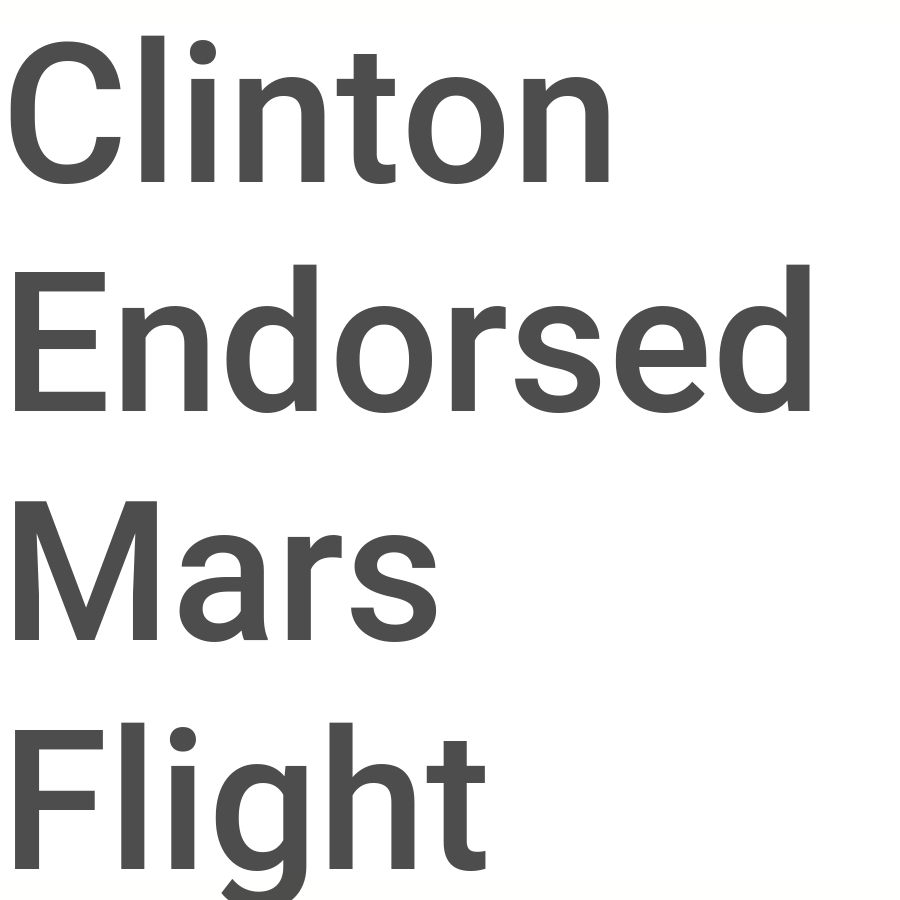