President Donald Trump claimed a memo that former FBI Director James Comey gave to a friend “in order to get a special counsel against me” was “all classified … totally classified.” That’s wrong. It was unclassified at the time and remains unclassified.

In an April 26 interview on Fox News, Trump also claimed Dr. Jill McCabe, the wife of former FBI Deputy Director Andrew McCabe, “didn’t even spend” and “kept some of” the nearly $700,000 that her 2015 state Senate campaign received from political groups affiliated with Terry McAuliffe, a longtime friend of Hillary Clinton.

In fact, campaign records show that the money was spent on campaign-related expenses and contributions.

Trump’s phone call to “Fox & Friends” came only hours after CNN broadcast a town hall meeting with Comey, the former FBI director who was fired by Trump during the ongoing FBI investigation into Russia’s meddling in the 2016 election. Steve Doocy, a co-host of the show, asked Trump about his opinion of Comey, who is on a book tour to promote “A Higher Loyalty,” which is critical of Trump.

The president said he watched Comey’s televised town hall event and criticized the former FBI director for “leaking” what he called “classified information.”

Trump, April 26: Look, Comey is a leaker and he’s a liar and not only on this stuff. He’s been leaking for years.

He’s probably been using his friend, the so-called professor who now turns out to have FBI clearance, which he never said. He even lied about that because he never said that in Congress.

So illegally — he did an illegal act and he said it himself in order to get a special counsel against me.

Trump is right about one thing: Comey acknowledged at a June 8, 2017, Senate hearing that he gave a memo to Columbia law professor Daniel Richman with instructions that he provide some of the information contained in the memo to the New York Times. Comey said he did so with the hope that it “might prompt the appointment of a special counsel.”

Comey wrote that memo on the day of a Feb. 14, 2017, meeting with Trump at the White House. Comey writes in the memo that Trump brought up the FBI investigation of former National Security Adviser Michael Flynn when they met. “He said, ‘I hope you can see your way clear to letting this go, to letting Flynn go. He is a good guy. I hope you can let this go’,” Comey recalled Trump saying.

But Trump is incorrect when he says that the memo contained classified information.

The Feb. 14, 2017, memo was one of seven memos that Comey wrote about his encounters with Trump. The Department of Justice last week sent all seven to Congress — four of them contained some level of classified information, but not the one dated Feb. 14, 2017, that was given to Richman. That memo was labeled “unclassified//FOUO.” As explained by the National Archives and Records Administration, FOUO stands for “for official use only,” which is one of several markings used by some federal agencies for documents “requiring a degree of control” but “do not designate classified national security information.”

It was also unclassified at the time that Comey gave the memo to Richman. In the memo, Comey writes: “NOTE: because this is an unclassified document, I will be limited in how I describe what I said next.”

Comey also disputed Trump’s use of the term “leak” when referring to the Feb. 14, 2017, memo. Asked if he leaked the memo, Comey said, “Well, not to get tangled up in it but I think of a leak as an unauthorized disclosure of classified information. That’s how I thought about it as FBI director; we investigated leaks.”

Trump didn’t make this point in his interview with “Fox & Friends,” but Republican Sen. Chuck Grassley has questioned whether Comey mishandled the classified information that was contained in four of the seven memos.

The senator’s office told us that Grassley is not accusing Comey of leaking classified information, but is trying to get to the bottom of Comey’s handling of the memos. A staffer, who asked not to be identified, said the office could not discuss Rosenstein’s response to Grassley’s letter. The staffer also said the senator’s office has yet to hear from Comey.

On CNN, Comey confirmed that he gave Richman copies of four memos. However, he claimed that all four were unclassified.

“After I was fired I put together a legal team with three people, one of whom was Professor Dan Richman at Columbia University,” Comey said on CNN. “After I had asked him to give this information to the media I separately gave my legal team four memos which were unclassified.”

Comey said as director of the FBI he had “the training and the authority to make decisions about what should be classified and what shouldn’t,” and that he decided that only three of the memos contained classified information.

At this point, we don’t know if Comey mishandled any classified information. But we do know that the president is wrong when he said the memo Comey gave to Richman “in order to get a special counsel against me” was “all classified … totally classified.” That memo was not classified.

Update, Aug. 29, 2019: The Department of Justice’s Office of Inspector General issued a report Aug. 29 that said Comey gave a copy of one memo (identified as “memo 4”) to Richman with instructions to share the contents of the memo with a reporter. The FBI determined that memo 4 “did not contain classified information.”

“We found no evidence that Comey or his attorneys released any of the classified information contained in any of the Memos to members of the media,” the report said.

The IG did, however, find that the former FBI director “violated applicable policies and his FBI Employment Agreement” by keeping “signed originals of Memos 2, 4, 6, and 7” at his home after leaving the FBI, and then sharing “copies of Memos 2, 4, and 6, and a redacted version of Memo 7” with his attorney.

One of those shared copies, memo 2, contained six words that the FBI later determined to be classified at the “confidential” level – the “lowest level” of government secrecy. The redacted version of memo 7 did not contain classified information, and Comey did not take home or share memos 1 and 3, which contained classified information at the “secret” level.

The Department of Justice declined to prosecute Comey for mishandling classified information, the IG report says.

In his interview, Trump also said without evidence that Jill McCabe, wife of the former FBI deputy director, “didn’t even spend” and “kept some of” the nearly $700,000 that her Virginia Senate campaign received from a Hillary Clinton supporter in 2015.

In fact, campaign finance reports filed with the Virginia Department of Elections show that Jill McCabe’s campaign spent all of the nearly $1.7 million it raised for her race. So, there were no leftover funds for the McCabes to keep.

Trump, April 26: You look at McCabe where he takes $700,000 from somebody supporting Hillary Clinton. He takes $700,000 for his wife’s campaign. And by the way, didn’t even spend that money. They kept some of it because under that law you’re — he took seven.

As we’ve written before, Jill McCabe unsuccessfully ran for a Virginia state Senate seat in 2015. Her campaign reported receiving a total of $1.67 million, including $467,500 from Common Good VA and $207,788 from the Virginia Democratic Party.

We asked the White House what evidence Trump had that the McCabes “kept some of” the campaign money, but did not receive a response. We will update this story if we do.

Jill McCabe’s campaign actually spent all of the money it raised in 2015, according to a summary of its finances by the nonpartisan Virginia Public Access Project.

Its follow-up report on March 28, 2016, (see Schedule D) shows that a good chunk of the remaining money was used to pay staff salaries and donate to other Democratic candidates and committees. There were also payments for services such as email, internet and banking. The largest single payment we saw was $4,000 to Vaquero Blue LLC, a Democratic direct mail firm headed by former McCabe campaign manager, Scott Remley.

And the campaign’s final financial report — which was also filed on March 28, 2016, and disclosed an ending balance of $0 — says that its last two expenditures were campaign contributions. On Feb. 29, 2016, the campaign donated $1,000 to Democrat LuAnn Bennett, who lost her bid for Congress in 2016, and it donated $471.33 to Democratic Lt. Governor Ralph Northam, who won his 2017 race to succeed McAuliffe as governor.

So, McCabe had no leftover campaign funds to keep, according to state election records. 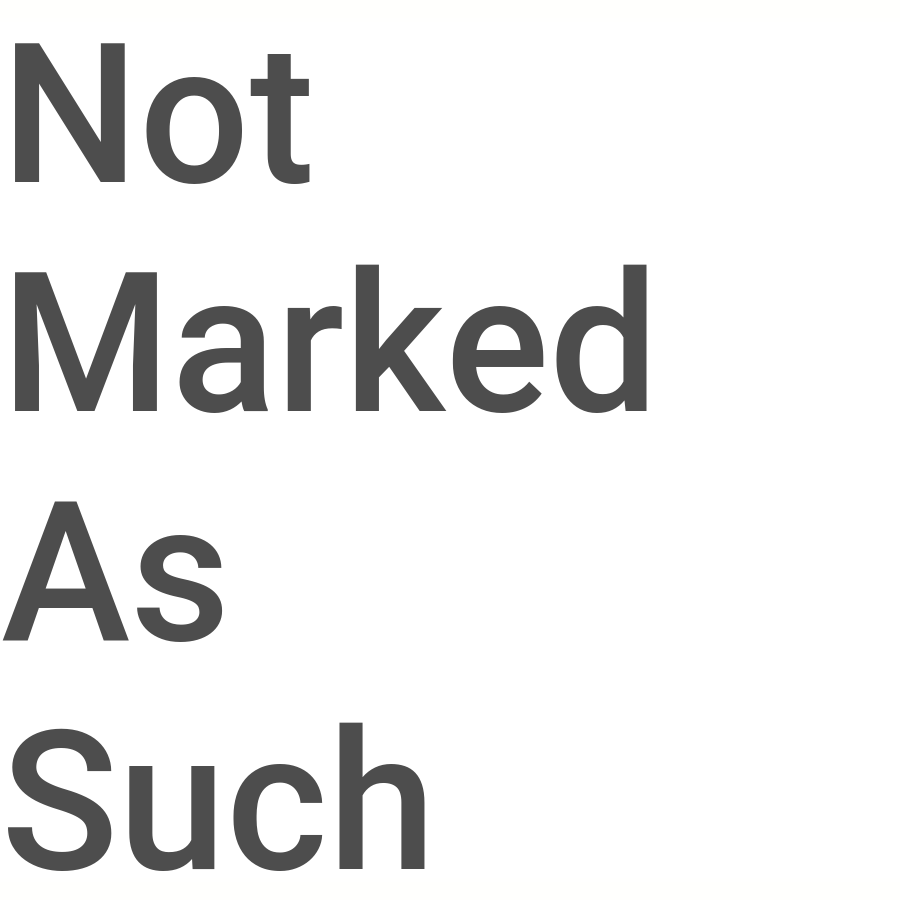 FactCheck.org Rating:
Not Marked As Such
Former FBI Director James Comey gave a memo to a friend "to leak classified information ... in order to get a special counsel against me.”
Donald Trump
President of the United States
https://www.whitehouse.gov/administration/president-trump

FactCheck.org Rating:
False
Jill McCabe “didn’t even spend” and “kept some of” $675,000 that her Virginia Senate campaign received from a Hillary Clinton supporter.
Donald Trump
President of the United States
https://www.whitehouse.gov/administration/president-trump