Q: Has Rep. Maxine Waters recently been “charged on 3 counts”?

A: No. The California Democrat was investigated for ethics violations following a 2008 meeting, but she was found to have broken no rules.

Nearly a decade ago, Rep. Maxine Waters was investigated for potential ethics violations. That inquiry, which concluded more than five years ago, found that she had not broken any congressional rules, laws, or regulations.

But, several dubious websites have posted a story that picked up on the old allegations, suggesting that the investigation is recent and ongoing.

The headline circulating on Facebook says: “California Democrat Maxine Waters Charged on 3 Counts. Do You Support This?”

After readers click on the headline, the story claims: “The House Ethics Committee has at long last charged Maxine Waters (D-CA) with defilement.”

It’s unclear what the story is referring to when it says she was charged with “defilement.” The subcommittee that investigated Waters alleged three counts of misconduct under these rules:

Also, the inquiry was opened in 2009 and concluded in 2012, according to the final report, so the story’s claim that the committee has “at long last” charged the congresswoman isn’t accurate.

The situation that led to the years-long investigation dates back to 2008, when Waters arranged a meeting between Henry Paulson, who was the treasury secretary at the time, and the National Bankers Association, which represents minority-owned banks. According to the initial report from the Office of Congressional Ethics in 2009, though, the primary focus of the meeting, and the follow-up afterwards, was on one particular bank, OneUnited Bank, where Waters’ husband had previously been on the board of directors and was, at the time, a stockholder.

The investigation of potential ethical violations concluded that Waters did not violate any rules or laws, because she didn’t know that OneUnited would figure so prominently in the meeting that she arranged.

“Representative Waters reasonably believed she was arranging the Treasury meeting on behalf of a broad class of minority banks, and that in doing so she did not violate any House rule, law, regulation, or other applicable standard of conduct,” the final report said.

The committee did, however, issue a letter of reproval to Waters’ chief of staff, Mikael Moore, for his role in facilitating help for OneUnited. Moore is also her grandson.

When the recent story mentioning the investigation showed up on Facebook, users of the social media site flagged it as potentially false.

It’s true that there was an investigation, but the story is misleading since it never discloses that the investigation concluded with a finding that Waters didn’t violate any rules.

Editor’s note: FactCheck.org is one of several organizations working with Facebook to debunk false stories flagged by readers on the social media network.

“California Democrat Maxine Waters Charged on 3 Counts. Do You Support This?” 7newspolitical.site. 20 May 2018. 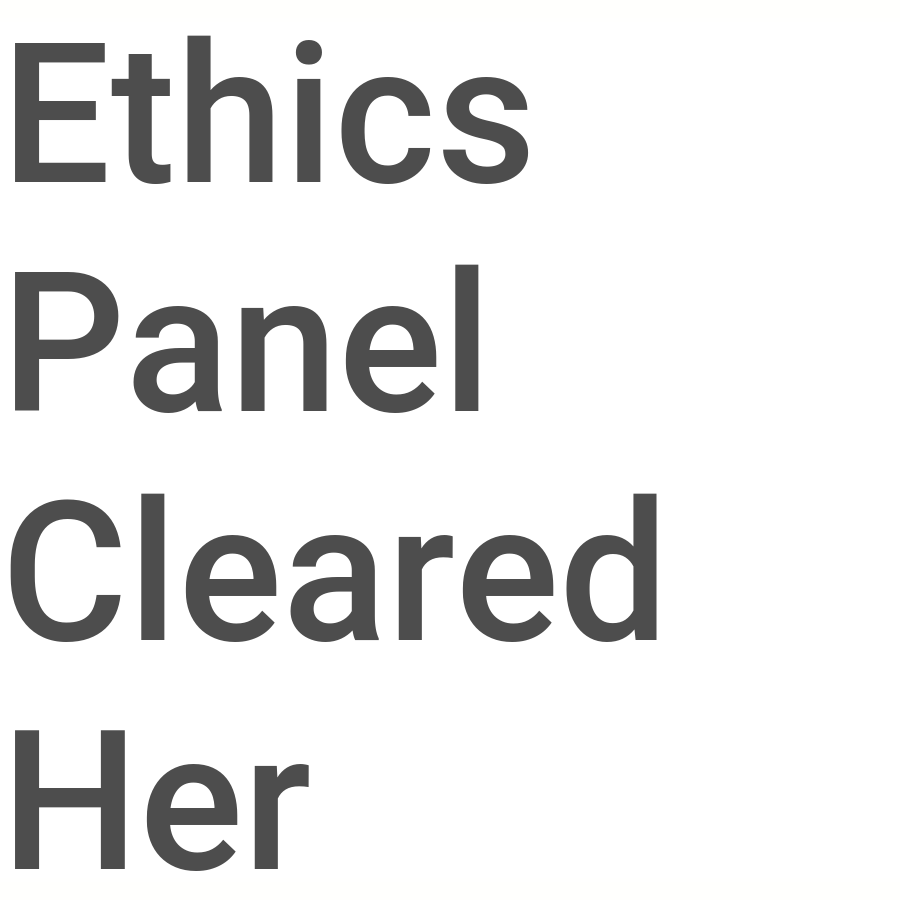