President Donald Trump exaggerated the size of the defense budget in a couple of ways in recent speeches and remarks:

Defense Budget Not a ‘Record’

Trump made his remarks about the “record” defense spending during a July 3 visit to the Greenbrier Resort in White Sulphur Springs, West Virginia.

Trump, July 3: We have secured, this year — with the help of [West Virginia Sen.] Shelley [Moore Capito] and your great congressman — a record $700 billion for our military. And next year, $716 billion — most amount ever.

Trump is right about the dollar amounts, but he is talking about budget authority, which gives the department the legal authority to incur obligations. That’s different from how much is actually spent, which is known as budget outlays.

The Bipartisan Budget Act of 2018, a two-year budget agreement that Trump signed into law Feb. 9, set the budget authority for national defense at $700 billion in fiscal year 2018 and $716 billion in fiscal 2019.

Let’s look first at Trump’s repeated claim about $700 billion being “a record.” The president made a similar remark at a White House event on June 27, when he called the $700 billion for fiscal year 2018 “the largest ever for our military.” It is not.

The budget authority for national defense was larger in nominal dollars, which are not adjusted for inflation, in 2010 ($721 billion) and in 2011 ($717 billion). That’s according to the White House’s own Office of Management and Budget. (See “Total, National Defense,” Table 5.1.)

When adjusted for inflation, four other years since 1976 exceeded the fiscal 2018 budget authority, according to the Center for Strategic and Budgetary Assessments, a think tank headed by Thomas G. Mahnken, a Republican congressional appointee to the Commission on the National Defense Strategy for the United States.

Below is a chart that Cohn created for us that shows inflation-adjusted outlays for national defense since 1940. 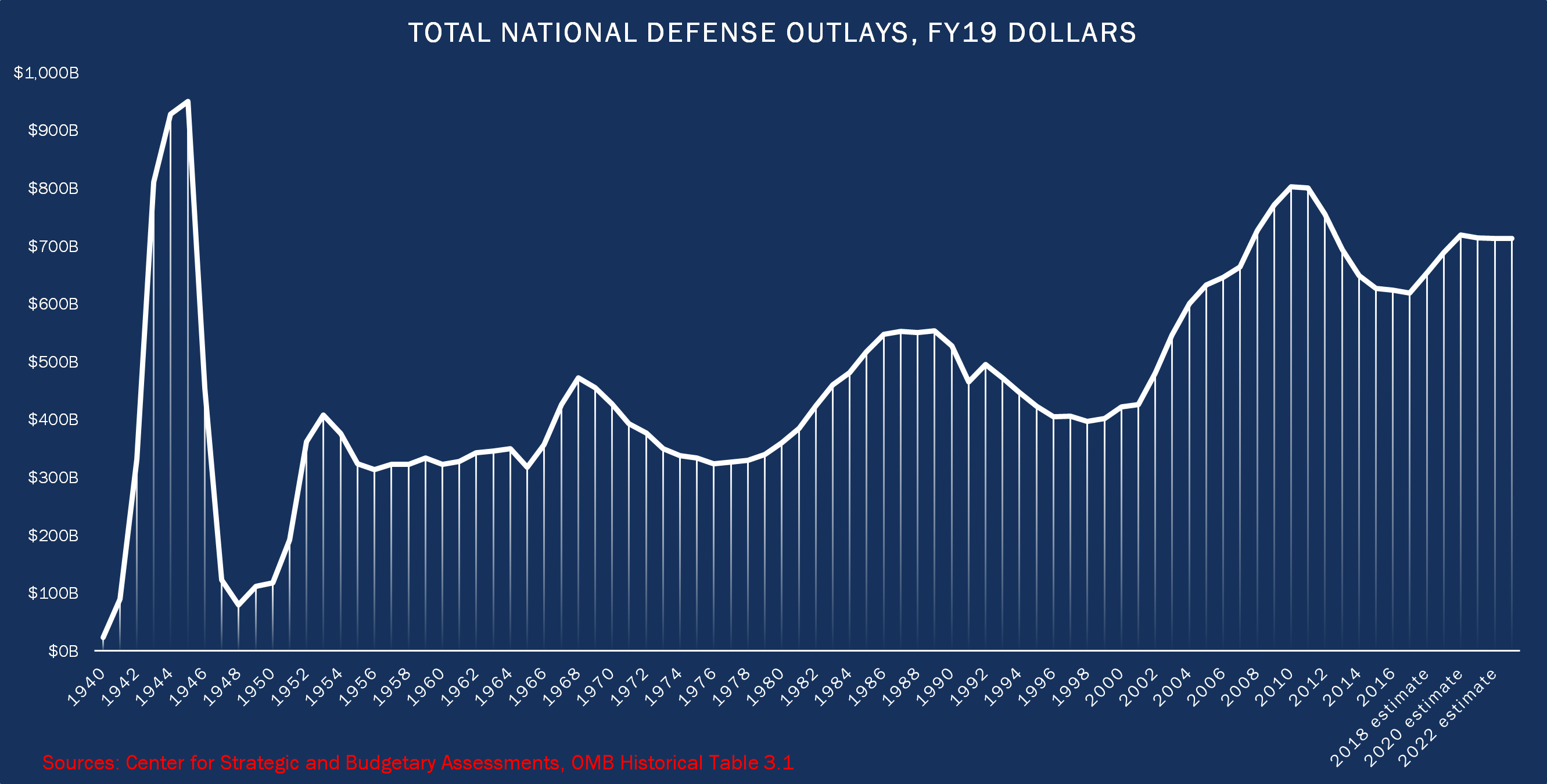 At a rally in Montana, Trump criticized the European Union, saying they “kill us” on trade. He then went on to attack NATO countries for failing to spend enough on their national defense. In doing so, Trump claimed that the U.S. defense budget is 4 percent of the nation’s gross domestic product. It isn’t.

Trump, July 5: On top of that, they kill us with NATO. They kill us. So we pay 4 percent of a huge GDP, which got a lot bigger since I became your president.

He reiterated that point on July 11 in Brussels for the NATO summit.

Trump, July 11: On top of that, Germany is just paying a little bit over 1 percent, whereas the United States, in actual numbers, is paying 4.2 percent of a much larger GDP.

NATO, the U.S. Department of Defense and the White House Office of Management and Budget all show the United States with a defense budget below 4 percent of GDP.

The Department of Defense’s budget request for fiscal year 2019 shows that defense outlays were 3.0 percent of GDP in fiscal 2017 and were estimated to be 3.1 percent in fiscal years 2018 and 2019. The White House Office of Management and Budget offers a slightly higher estimate for this year at 3.2 percent of GDP. (See Table 8-4 of OMB’s historical tables.)

The department’s budget document includes a chart, displayed below, that shows the peak occurred in 1944 at 35.5 percent of GDP. 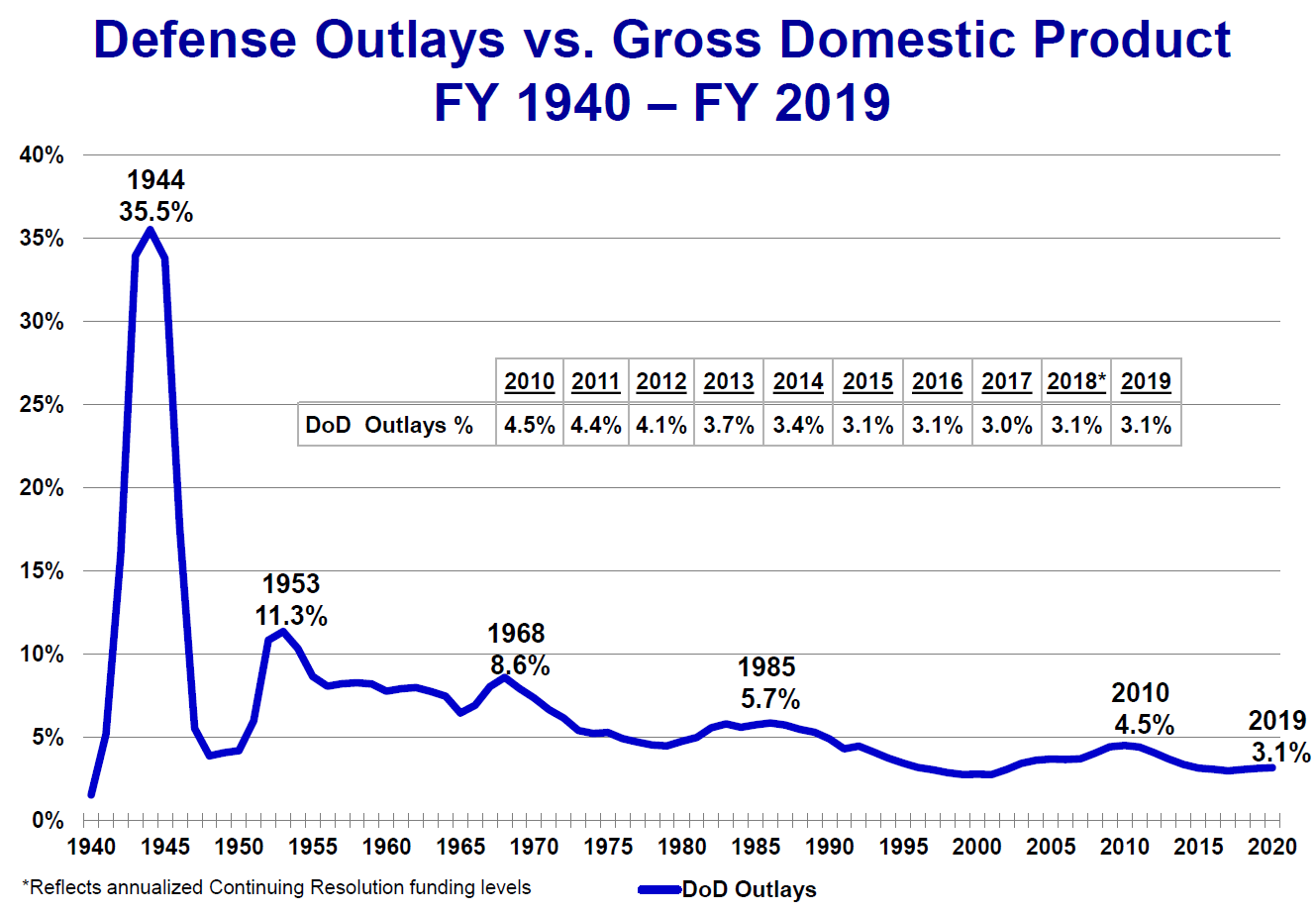 NATO has a higher figure for the United States for 2018, but it is still not 4 percent.

NATO explains that its share-of-GDP figures “may diverge considerably from those which are quoted by media, published by national authorities or given in national budgets.” That is the case with the U.S. figure, but neither NATO nor the U.S. show defense spending at 4 percent of GDP. 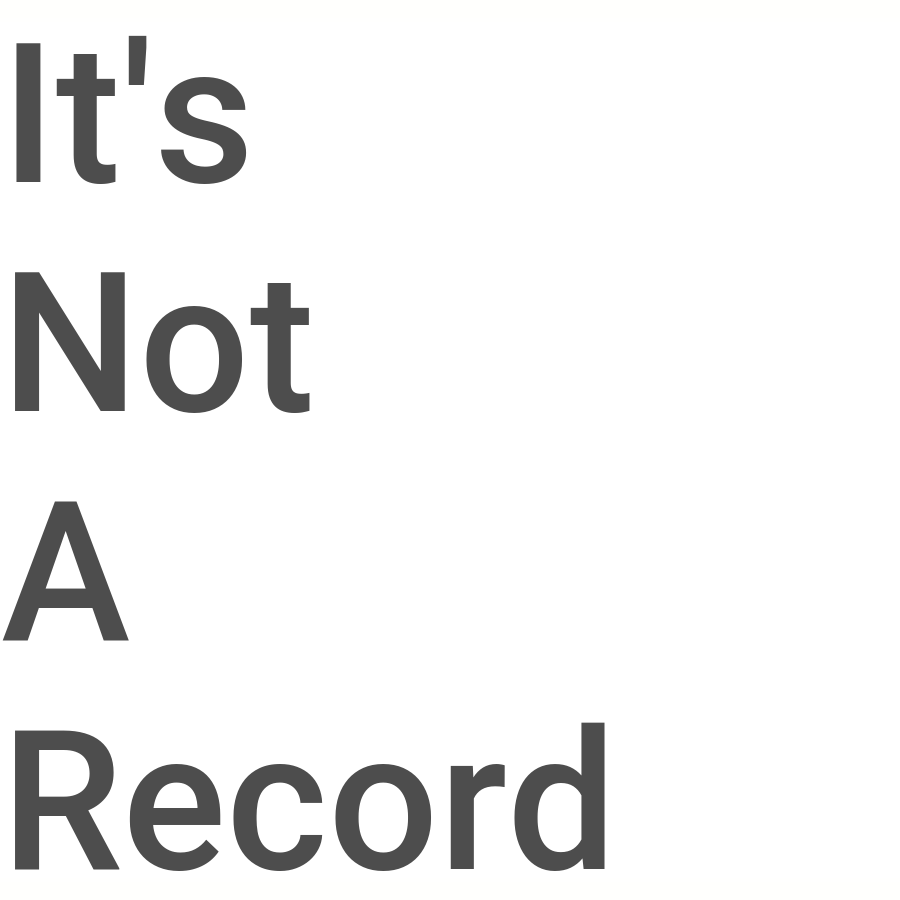 FactCheck.org Rating:
It's Not A Record
“We have secured … a record $700 billion for our military” for fiscal year 2018.
Donald Trump
President of the United States
https://www.whitehouse.gov/briefings-statements/remarks-president-trump-salute-service-dinner/

FactCheck.org Rating:
Distorts the Facts
Claims defense spending next year will be $716 billion -- the "most amount ever."
Donald Trump
President of the United States
https://www.whitehouse.gov/briefings-statements/remarks-president-trump-salute-service-dinner/