At a campaign rally hours after the mass murder in Pittsburgh, President Donald Trump told his supporters “we have to bring back the death penalty.” The federal government and 31 states already have the death penalty. But there hasn’t been a federal execution in 15 years, and state executions have sharply declined in recent years.

Trump went to Illinois to campaign for Rep. Mike Bost on the same day that a gunman killed 11 people at a synagogue in Pittsburgh. The president said he considered canceling his visit, but he decided he did not want “to change our life for somebody that’s sick and evil.” (Trump wrongly recalled that “the New York Stock Exchange was open the following day” after the 9/11 terrorist attacks. It did not reopen until Sept. 17, 2001.)

In addressing his supporters, the president called for the execution of the alleged gunman, Robert Bowers.

Although Trump did not mention this to his audience, the federal government reinstated the death penalty in 1988, and there are currently more than 60 prisoners on federal death row, according to the Death Penalty Information Center. That includes Dzhokhar Tsarnaev, who was convicted and sentenced to death in 2015 for the Boston Marathon bombing

On the same day as Trump’s rally in Illinois, U.S. Attorney for the Western District of Pennsylvania Scott W. Brady charged Bowers with 11 counts of obstructing the exercise of religious beliefs resulting in death — a hate crime, which can carry the death penalty. Brady announced the next day that he had initiated the federal approval process required to seek the death sentence.

In speaking to reporters prior to the rally, Trump seemed to acknowledge that the federal death penalty exists, but he indicated that executions don’t occur fast enough. He made the following remarks when asked if there wasn’t anything that could be done to “end this kind of violence.”

He is right that it takes 10 years, or even longer, for people on federal death row to be executed. There have been only three executions since the federal death penalty was reinstated, and the last one occurred in 2003.

We asked the White House how the president would like to “stiffen up” death penalty laws, but we did not get a response.

Robert Dunham, executive director of the Death Penalty Information Center, told us there is little that the president can do to speed up executions. Dunham said it takes time to “ensure the constitutionality of the process,” saying “exonerations very often take two, sometimes three decades.”

As for state executions, there has been a steady decline in recent years. The center’s 2017 year-end report says, “Eight states carried out 23 executions, half the number of seven years ago, and the second lowest total since 1991.” So far this year, there have been 19, the center says.

Dunham said there are multiple reasons for the decline in executions, including the inability of state governments to obtain the drugs they need for lethal injections — which the National Conference of State Legislatures says is the “primary method of execution in all 31 states that have capital punishment.”

In 2008, the Supreme Court ruled in Baze v. Rees that “a state’s use of a three-drug lethal injection protocol for capital punishment does not violate the [constitutional] ban on cruel and unusual punishment,” as the Library of Congress explains on its website. Specifically, the high court “approved a three-drug combination of (1) sodium thiopental, a sedative that induces unconsciousness, (2) pancuronium bromide, a muscle relaxer that induces paralysis, stopping respiration, and (3) potassium chloride, which causes cardiac arrest.”

But drug manufacturers since then have refused to sell their drugs for executions, and states have had difficulty in obtaining the right combination of drugs they need to carry out an execution that meets the court’s ruling.

“Since the Baze opinion, lethal injection drugs have become increasingly difficult for states to purchase due to stopped production and manufacturer refusal to sell to states for the purpose of execution. States have used new drugs or turned to compounding pharmacies in order to carry out executions,” the NCSL says.

For example, Hospira Inc. — the sole U.S. manufacturer of sodium thiopental — suspended production of the drug in 2009 due to difficulties procuring its active ingredient, and then two years later stopped production permanently after moving its manufacturing to Italy. In 2011, the European Union also banned exports of sodium thiopental. Unable to obtain the drug in the U.S. or from EU countries, Arizona, California and Tennessee imported sodium thiopental from other foreign sources — until death row inmates in those three states successfully sued in Cook v. FDA to force the Food and Drug Administration to prevent the importation of a drug that was not FDA-approved.

In an April 20, 2017, letter, the FDA informed Texas that the confiscated drug could not be used and ordered the state to either “export or destroy the drugs.”

Dunham said it is “unclear if the federal government has the drugs to carry out the executions.”

So, while Trump says he wants to “bring back the death penalty,” the federal government and 31 states already have the death penalty. It is also true, however, that it takes “years and years,” as Trump said, to carry out executions and the number of state executions has been trending down in recent years.

But it’s not clear what the president has in mind to “stiffen up” death penalty laws. 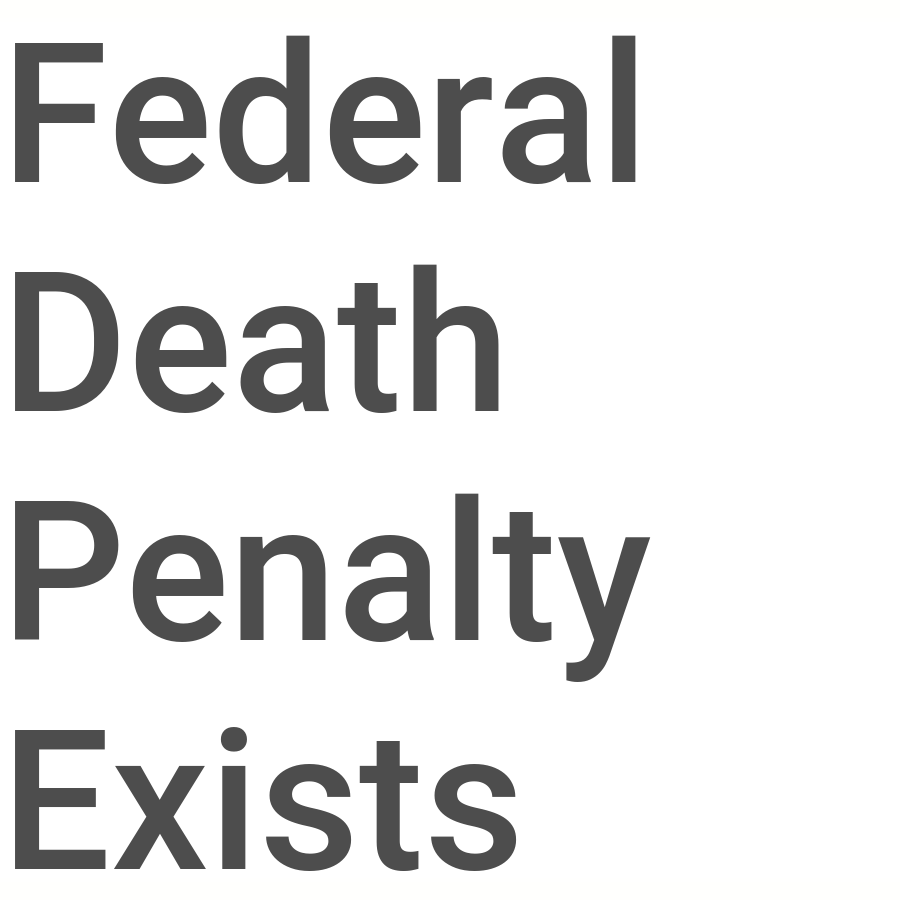 FactCheck.org Rating:
Federal Death Penalty Exists
"We have to bring back the death penalty."
Donald Trump
President of the United States
https://www.c-span.org/video/?c4758130/trump-death-penalty