In a 2012 interview with an Arabic-language television station, Supreme Court Justice Ruth Bader Ginsburg suggested that as Egypt prepared to write a new constitution, Egyptians look to more recently written constitutions than the United States’.

Turning Point USA, a group for young conservatives, has used a fake quote to distort an actual quote.

The group has circulated a meme with a picture of Thomas Jefferson next to a quote that says, “the greatest da 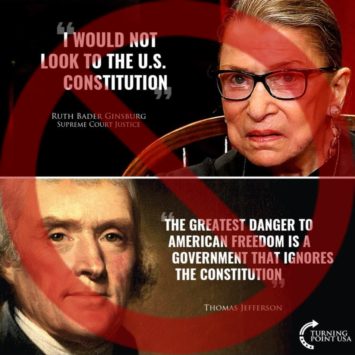 nger to American freedom is a government that ignores the Constitution.” But he never said that. It’s fake, according to the Thomas Jefferson Foundation. Pictured above that in the meme is Supreme Court Justice Ruth Bader Ginsburg with a quote that says, “I would not look to the U.S. Constitution.” She did say those words, but they are taken out of context.

When Ginsburg was being interviewed on an Arabic-language television station in 2012, after protests had unseated Egypt’s government, she suggested that the country look to recently written constitutions as it began writing its own new constitution.

This is the whole of what she said on the issue during that interview:

Ruth Bader Ginsburg, Jan. 30, 2012: You should certainly be aided by all the constitution writing that has gone on since the end of World War II. I would not look to the U.S. Constitution if I were drafting a constitution in the year 2012. I might look at the constitution of South Africa — that was a deliberate attempt to have a fundamental instrument of government that embraced basic human rights, had an independent judiciary. It really is, I think, a great piece of work that was done. Much more recently than the U.S. Constitution, Canada has the Charter of Rights and Freedoms — dates from 1982. You would almost certainly look at the European Convention on Human Rights. So, yes, why not take advantage of what there is elsewhere in the world?

But the Turning Point USA meme plucked out only eight words, which is misleading on its own. Putting that truncated, out-of-context quote next to a fake quote that suggests she was talking about her own work on the Supreme Court is deceptive.

“US SUPREME COURT JUSTICE RUTH BADER GINSBURG TO EGYPTIANS: LOOK TO THE CONSTITUTIONS OF SOUTH AFRICA OR CANADA, NOT TO THE US CONSTITUTION.” Al-Hayat TV. Memri.org. 30 Jan 2012. 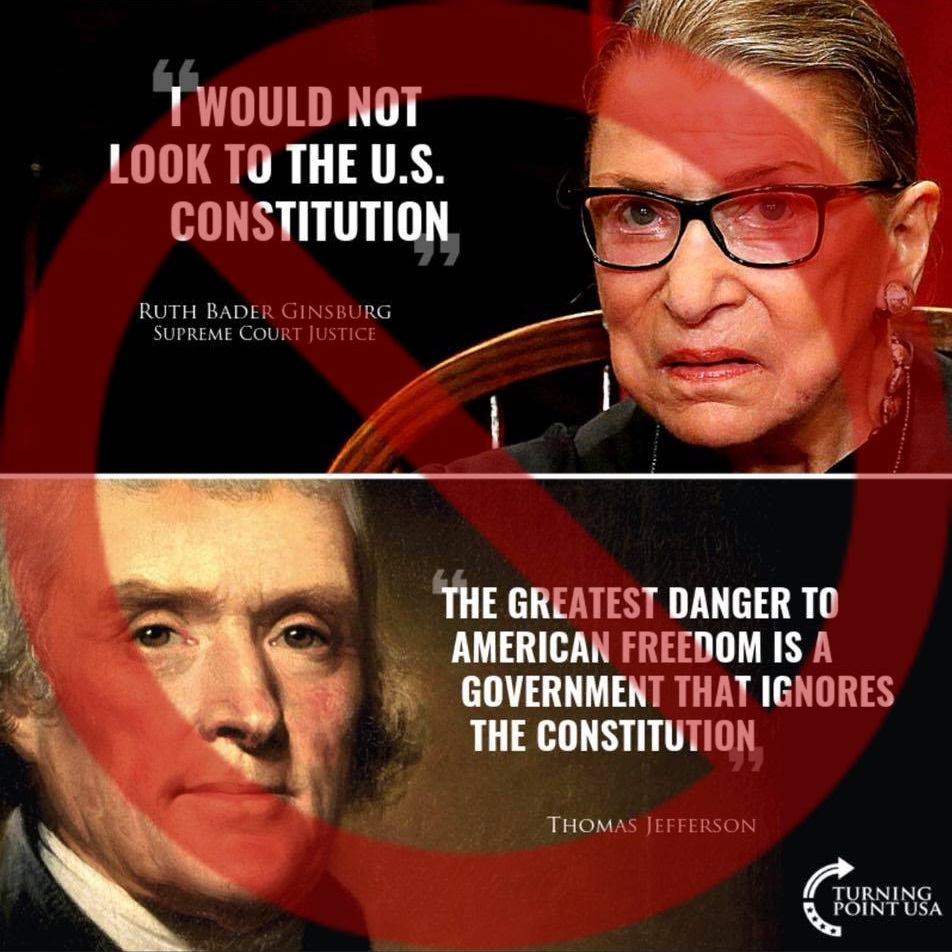