In a flurry of tweets, President Donald Trump stretched the facts when he alleged that special counsel Robert Mueller and his staff have “many” conflicts of interests:

Trump made his accusations in a string of tweets on the morning of Dec. 7, the same day that Mueller was expected to file court papers in the Russia investigation regarding two of Trump’s former aides: former Trump Campaign Manager Paul Manafort and former Trump Organization Executive Vice President Michael Cohen.

Mueller’s office later detailed how Manafort allegedly violated the terms of his plea agreement. The government on Nov. 26 accused Manafort of “lying to the Federal Bureau of Investigation and the Special Counsel’s Office on a variety of subject matters.”

The special counsel’s office also filed a sentencing memo for Cohen, who has been cooperating with the government since pleading guilty on Aug. 21 to tax evasion charges related to his businesses and campaign finance violations related to the Trump campaign. (Cohen also pleaded guilty on Nov. 29 to lying to Congress about a real estate project that the Trump Organization pursued in 2015 and 2016, while Trump was running for president.)

Rhee Not ‘In Charge’ of Clinton Foundation’s Legal Department

In his first of five Mueller-related tweets in the span of an hour, Trump claimed that “the woman in charge of prosecuting Jerome Corsi” was “in charge of ‘legal’ at the corrupt Clinton Foundation.” Not exactly.

Jeannie Rhee, a prosecutor on the Mueller team, worked as outside counsel on behalf of the Clinton Foundation on one case, a lawsuit against the nonprofit in 2015. The lawsuit was dismissed. Rhee was never “in charge of ‘legal'” at the Clinton Foundation, and has never been an employee there.

Robert Mueller and Leakin’ Lyin’ James Comey are Best Friends, just one of many Mueller Conflicts of Interest. And bye the way, wasn’t the woman in charge of prosecuting Jerome Corsi (who I do not know) in charge of “legal” at the corrupt Clinton Foundation? A total Witch Hunt…

Corsi, a conservative author who was one of the chief proponents of the theory that Barack Obama was not born in the U.S., said he rejected a plea deal recently offered by the Mueller team on one count of perjury related to his previous comments about contact with WikiLeaks founder Julian Assange. According to drafts of court documents obtained by NBC News, Mueller’s team obtained an email from Corsi to former Trump campaign adviser Roger Stone, written two months before WikiLeaks released emails stolen from the Clinton campaign, in which Corsi wrote, “Word is friend in embassy [Assange] plans 2 more dumps. One shortly after I’m back. 2nd in Oct. Impact planned to be very damaging.”

Corsi said he and his attorney met with prosecutors Jeannie Rhee, Aaron Zelinsky and Andrew Goldstein, who alleged that that email contradicted his previous testimony that he had no advance knowledge about the theft of the emails or their pending publication. Corsi denies this.

Rhee, a former deputy assistant attorney general in the Department of Justice’s Office of Legal Counsel under President Obama, was one of the partners from Mueller’s previous law firm, WilmerHale, brought on to the special counsel’s team from the outset.

That’s whom Trump is referring to when he tweeted, “the woman in charge of prosecuting Jerome Corsi.” Rhee’s name is one of several Mueller team members listed at the end of the statement of the offense and draft plea agreement presented to Corsi.

A spokesman for the Clinton Foundation told us that while Rhee was retained as outside counsel for that one case, she has never been employed at the Clinton Foundation. At the time of the lawsuit, Scott Curran was the foundation’s general counsel. That position is now held by Amy Sandgrund-Fisher.

Trump also exaggerated in claiming there were “substantial & many contributions made by the 17 Angry Democrats” to Clinton.

…..overturned, 9-0, in the United States Supreme Court. Doing same thing to people now. Will all of the substantial & many contributions made by the 17 Angry Democrats to the Campaign of Crooked Hillary be listed in top of Report. Will the people that worked for the Clinton….

Carr did confirm to FactCheck.org the names of the remaining 13 prosecutors on staff.

Whether those donations are “substantial & many” may be a matter of opinion, but two of the four who contributed to Clinton’s campaign gave $250 or less each, according to political contribution information available through the Center for Responsive Politics’ website.

Altogether, the four team members gave $8,550 to Clinton’s 2016 campaign. More than half of that came from Rhee.

Quarles, also a former WilmerHale partner who worked as a prosecutor on the Watergate investigation, gave $2,700 to Clinton’s campaign, but also contributed $2,500 to Republican Rep. Jason Chaffetz in 2015 and $250 to Republican Sen. George Allen in 2005. Quarles has given more than $30,000 to Democrats over the years, dating back to at least 1996.

One other investigator, Andrew Weissmann, gave $2,300 to Clinton in 2007. And among the four prosecutors who are no longer working for the special counsel, one, Kyle Freeny, had given money to Clinton — a $250 donation in 2016.

The president also accused Mueller of “big time conflicts of interests.” We asked the White House for a list of them, but did not get a response.

However, the president and his allies have leveled the accusation before. There are at least four alleged conflicts that Trump or his allies have cited, including three outlined in a New York Times story from January that was based on anonymous sources.

New York Times, Jan. 25: Amid the first wave of news media reports that Mr. Mueller was examining a possible obstruction case, the president began to argue that Mr. Mueller had three conflicts of interest that disqualified him from overseeing the investigation, two of the people said. First, he claimed that a dispute years ago over fees at Trump National Golf Club in Sterling, Va., had prompted Mr. Mueller, the F.B.I. director at the time, to resign his membership. The president also said Mr. Mueller could not be impartial because he had most recently worked for the law firm that previously represented the president’s son-in-law, Jared Kushner. Finally, the president said, Mr. Mueller had been interviewed to return as the F.B.I. director the day before he was appointed special counsel in May.

Let’s take them in order.

Mueller’s former law firm: It’s true that Mueller was a partner at WilmerHale, which says it has “1,000 lawyers located throughout 12 offices in the United States, Europe and Asia.” It is also true that another partner at the firm, Jamie Gorelick, represented the president’s son-in-law, Jared Kushner, as mentioned in the Times article. But the Justice Department has said that’s not a conflict of interest.

Shortly after Mueller was appointed special counsel, Justice Department ethics officials concluded it was “appropriate” for Mueller to lead the investigation even though his former law firm, WilmerHale, had represented Kushner, Manafort (Trump’s former campaign manager) and Trump’s daughter Ivanka.

“Government ethics regulations permit the Department of Justice to authorize an employee to participate in a matter where their former employer represents a party,” Justice spokeswoman Sarah Isgur Flores said.

“While we cannot confirm or deny the applicability of the regulation to the matters to which Special Counsel Mueller was appointed, we can confirm that the Department ethics experts have reviewed the matters and determined that Mr. Mueller’s participation in the matters assigned to him is appropriate,” she added.

Flores noted that Mueller himself was not involved in representing Kushner, Manafort or Ivanka Trump. “Mr. Mueller is permitted to participate in matters involving his former firm’s clients so long as he has no confidential information about the client and did not participate in the representation,” she said.

Trump’s statement about “the fact that people ask for jobs” appeared to be a reference to a report that Mueller and Trump spoke about the FBI’s top job after Comey was fired. The Daily Caller reported on June 13, 2017, that Trump interviewed Mueller, citing an unnamed senior administration official.

“That claim is patently ridiculous,” Stephen Gillers, an ethics expert at New York University School of Law, told us via email. “Perhaps Trump is saying that Mueller is so angry about not getting the job that he is unable to act professionally as special counsel but will instead use his powers unlawfully to ‘get even.’ (The ‘golf club dues’ argument would seem to be the same.) There is no evidentiary basis for such a theory. The mere fact of an unsuccessful application by itself means nothing.”

In addition to the three alleged conflicts cited in the Times’ article, Trump also has claimed Mueller is conflicted because of his prior relationship with Comey, calling the two men “best friends” in August and again in his Dec. 7 tweet.

The fact is that the two men have known each other professionally since at least 2003, according to the Washingtonian‘s 2013 profile of the two men’s relationship. Mueller became President George W. Bush’s FBI director on Sept. 4, 2001, and Comey, two years later, became deputy attorney general in Bush’s Justice Department on Dec. 11, 2003.

The fact that they have a prior work relationship, however, is not unusual and does not necessarily pose a conflict. Richard Painter, a professor of law at the University of Minnesota and chief White House ethics lawyer for President George W. Bush from 2005 to 2007, called Trump’s claim “absurd.”

“Of course you are going to have people who know each other,” Painter told us in a phone interview. “Comey is not a subject of the investigation, he’s a witness.”

“The ‘friends’ issue has been floating around for a while without much clarity on what people mean by that word,” Gillers said. “For there to be even the possibility — and I stress possibility — of a conflict based on friendship, they would have to be very close (“like a brother”) AND Comey would have to be at real personal risk in the Mueller investigation. Neither of these is true so far as I can tell.”

We also note that Mueller was described as a registered Republican by the Washington Post when Bush appointed him in 2001. 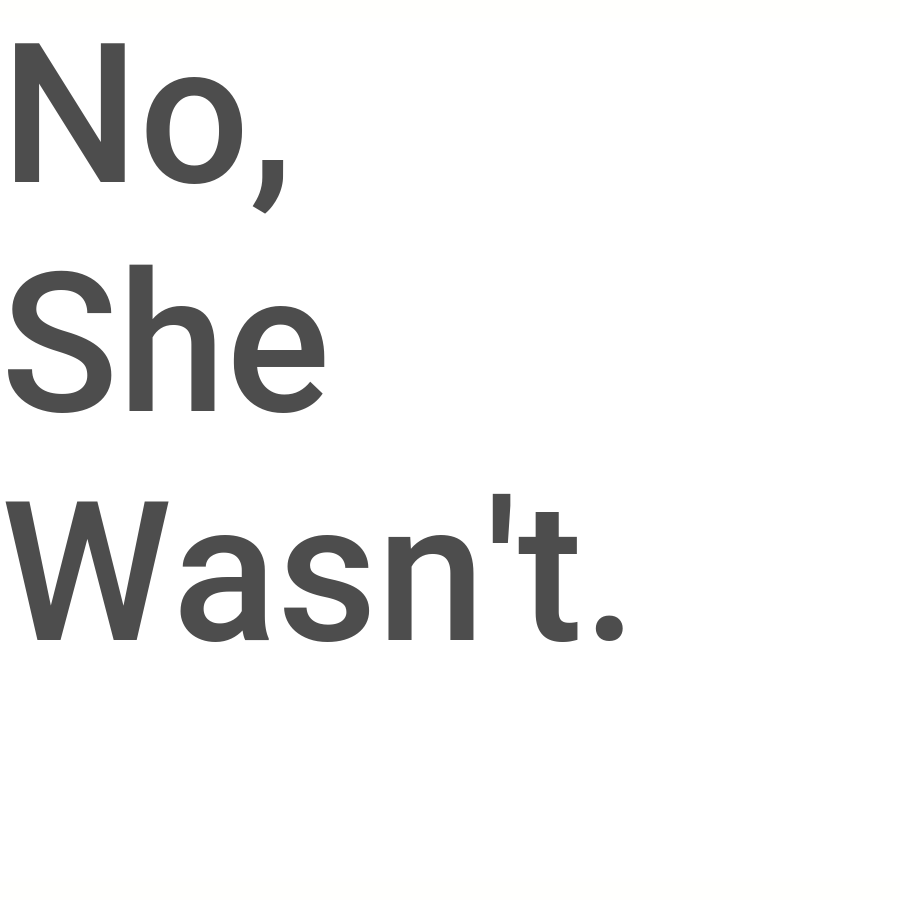 FactCheck.org Rating:
No, She Wasn't.
"And bye the way, wasn’t the woman in charge of prosecuting Jerome Corsi (who I do not know) in charge of “legal” at the corrupt Clinton Foundation?"
Donald Trump
President of the United States
https://twitter.com/realDonaldTrump/status/1071001119697108992 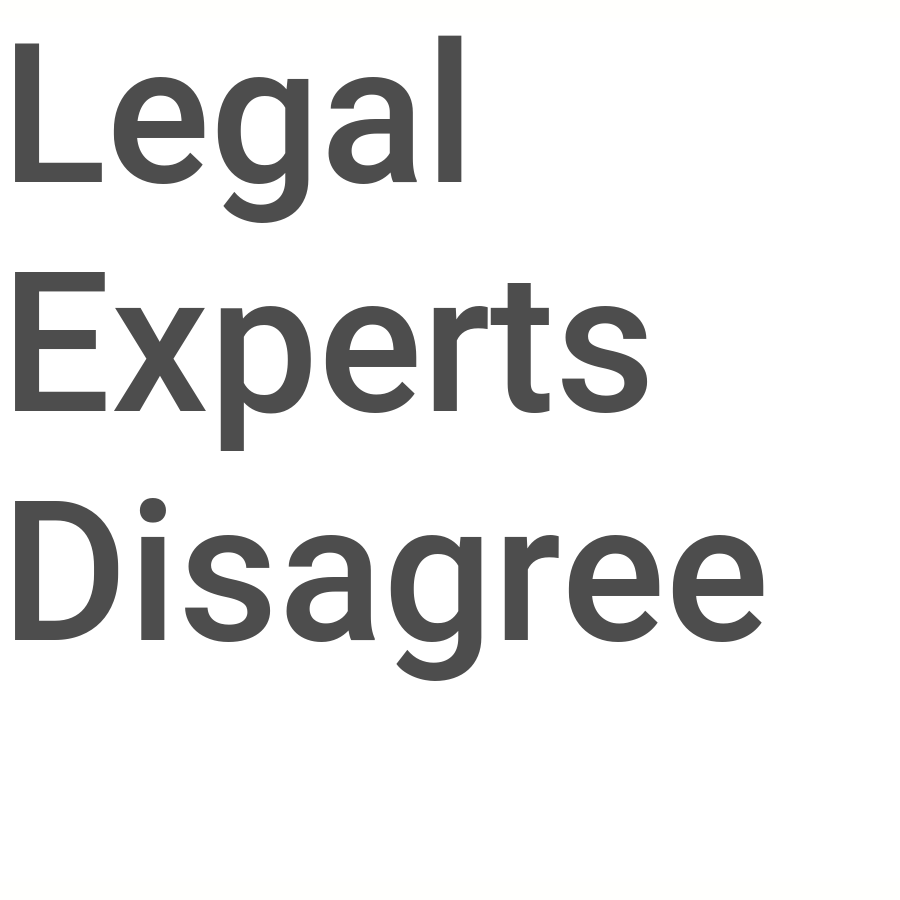