Social media posts take aim at President Donald Trump’s declaration of a national emergency by making a misleading claim about government funding for the water crisis in Flint, Michigan.

Since President Donald Trump declared a national emergency to secure funding for his proposed border wall, both supporters and opponents have spun the facts to advance their respective positions.

The distortions are present on social media, too.

Viral posts on social media, for example, present the lead contamination in Flint, Michigan’s drinking water as a contrast to Trump’s emergency declaration. But they mislead in doing so.

“Flint Michigan needs $167 million to fix their [sic] water problem,” read the posts, which include a picture of a brown liquid pouring from a faucet. “Why isn’t this a national emergency?”

The $167 million figure is actually the total amount of state and federal funds assigned to upgrading and fixing Flint’s water infrastructure, as outlined in a December 2018 memo sent by Michigan’s Department of Environmental Quality.

In other words, that money already has been approved for the project — and work replacing lead and galvanized steel pipes throughout the city is underway (albeit not without criticism over the methods and efficiency of the effort). As of January, according to the city, “service lines to 7,966 homes have been identified as lead and/or galvanized and have been replaced, including 1,738 homes found this year.”

Former President Barack Obama, in January 2016, did approve an emergency declaration in Michigan, a move that authorized federal aid for the response to the water crisis. The Environmental Protection Agency also issued an emergency administrative order under the Safe Drinking Water Act.

Later that year, Obama also signed the Water Infrastructure Improvements for the Nation (WIIN) Act, which, among other things, provided $170 million for communities grappling with drinking water emergencies. Flint was specifically mentioned as an intended recipient.

Several months later, in March 2017, the EPA, then under the Trump administration, announced that it was awarding $100 million of WIIN funding to Flint in order to help fund water infrastructure replacements and upgrades. That’s included in the $167 million total.

“Statement by the President on the Water Infrastructure Improvements for the Nation (WIIN) Act.” Press release, Obama White House. 16 Dec 2016. 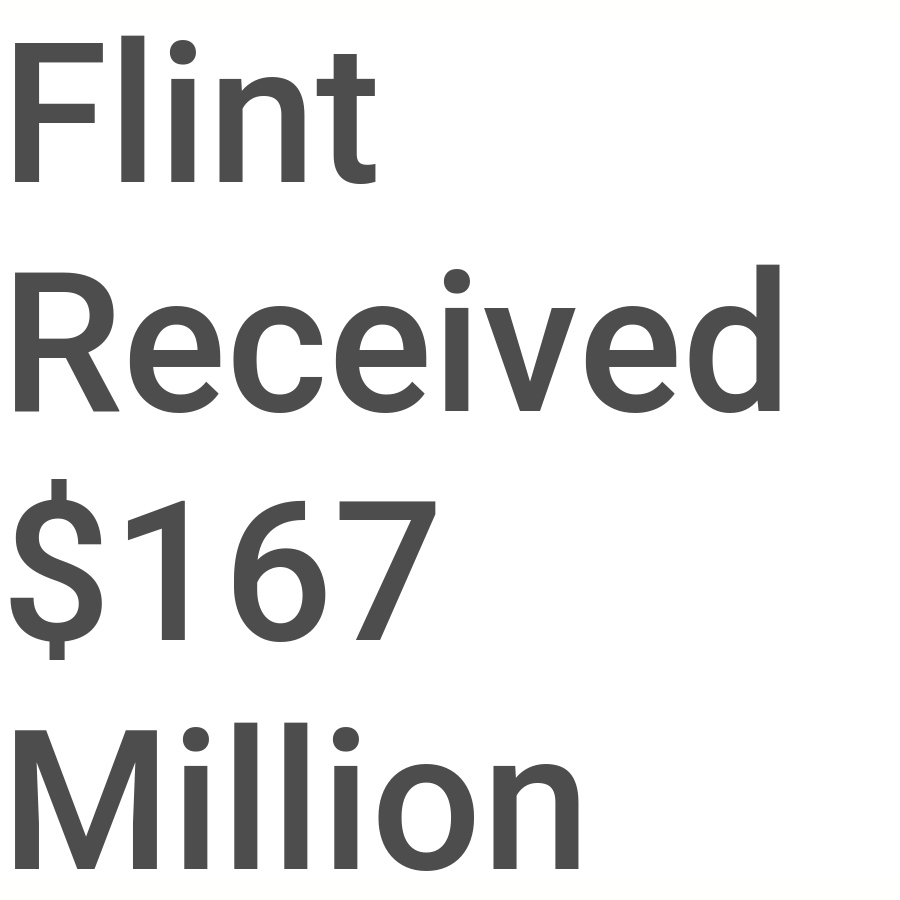