The report, which has yet to be released, “did not draw a conclusion — one way or the other — as to whether the examined conduct [by Trump] constituted obstruction,” Attorney General William P. Barr wrote in a four-page memo summarizing the special counsel’s report. “The Special Counsel states that ‘while this report does not conclude that the President committed a crime, it also does not exonerate him,’” Barr wrote.

Instead, Barr said he and Deputy Attorney General Rod Rosenstein made the determination that the evidence is “not sufficient” to establish that Trump committed obstruction of justice — which is also not the same as saying there was “no – quote – ‘obstructive conduct,’” as Conway said.

Conway made her remarks on PBS’ “NewsHour” on March 25, a day after Barr released his memo on Mueller’s confidential report.

Conway, March 25: The president did not try to interfere with the investigation. And that, of course, we know, is in the documentation, that nobody at Justice felt that Mr. Mueller could not do his work. And he did his work in quiet, Judy, for 22 months, and now he has spoken.

And I think the — what we know from the Mueller report, through the Barr memo, is instructive not so much for what it says, but for what it doesn’t say, no collusion, no new indictments, no indictments of anybody named Trump, no — quote — “obstructive conduct.”

In making her case that “the president did not try to interfere with the investigation,” Conway cited “the Mueller report, through the Barr memo.” The phrase that Conway quoted — “obstructive conduct” — comes from this section of Barr’s memo:

Barr, March 24: Generally speaking, to obtain and sustain an obstruction conviction, the government would need to prove beyond a reasonable doubt that a person, acting with corrupt intent, engaged in obstructive conduct with a sufficient nexus to a pending or contemplated proceeding. In cataloguing the President’s actions, many of which took place in public view, the report identifies no actions that, in our judgment, constitute obstructive conduct, had a nexus to a pending or contemplated proceeding, and were done with corrupt intent, each of which, under the Department’s principles of federal prosecution guiding charging decisions, would need to be proven beyond a reasonable doubt to establish an obstruction-of-justice offense.

In other words, Barr’s memo merely said that in order to win an obstruction of justice case the government needs to prove beyond a reasonable doubt the presence of all three elements: obstructive conduct, corrupt intent and a pending or contemplated investigation. That’s from the U.S. Attorney’s Manual.

But, in Trump’s case, there was not sufficient evidence to satisfy all three elements. “Deputy Attorney General Rod Rosenstein and I have concluded that the evidence developed during the Special Counsel’s investigation is not sufficient to establish that the President committed an obstruction-of-justice offense,” Barr wrote.

“He’s saying at least one of the elements is not met, but not which one,” Eric A. Posner, a law professor at the University of Chicago’s Law School, told us in an email. “I suspect it’s intent he had in mind.”

“In making this determination, we noted that the Special Counsel recognized that ‘the evidence does not establish that the President was involved in an underlying crime related to Russian election interference,’ and that, while not determinative, the absence of such evidence bears upon the President’s intent with respect to obstruction,” Barr wrote.

“She is absolutely wrong to say that there was no obstructive conduct,” Rossi told us in a phone interview. “This letter doesn’t say that.”

Rossi cited a section of Barr’s memo that said there was “evidence on both sides” of the obstruction of justice case.

“After making a ‘thorough factual investigation’ into these matters, the Special Counsel considered whether to evaluate the conduct under Department standards governing prosecution and declination decisions but ultimately determined not to make a traditional prosecutorial judgment,” Barr wrote. “The Special Counsel therefore did not draw a conclusion — one way or the other — as to whether the examined conduct constituted obstruction. Instead, for each of the relevant actions investigated, the report sets out evidence on both sides of the question and leaves unresolved what the Special Counsel views as ‘difficult issues’ of law and fact concerning whether the president’s actions and intent could be viewed as obstruction.”

Rossi said the existence of “pro-obstruction evidence” runs counter to what Conway said. The public won’t know what conduct Mueller may have been referring to unless his report is released in some form.

“What she should have said is that there was not enough evidence to warrant prosecution,” Rossi said. “But to go with this leap that he was totally exonerated, totally cleared — is absolutely absurd.”

FactCheck.org Rating:
False
"[W]hat we know from the Mueller report, through the Barr memo, is instructive not so much for what it says, but for what it doesn’t say, ... no — quote — 'obstructive conduct.'”
Kellyanne Conway
White House counselor
https://www.youtube.com/watch?v=gZcTqkJWI5A&feature=youtu.be&t=19 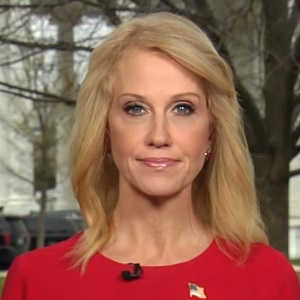