In the wake of the attack on two New Zealand mosques, President Donald Trump said he did not see white nationalism as a rising threat around the world, but rather “a small group of people that have very, very serious problems.”

Experts, however, say there are a number of indicators that suggest white nationalism and white supremacy — and violence inspired by them — are on the rise, in the U.S. and around the world.

The issue of white nationalism came to the forefront after a gunman opened fire at two mosques in New Zealand on March 15, killing at least 50 people. In a manifesto posted by the alleged shooter, he describes himself as an “ordinary white man” whose goal was to “crush immigration and deport those invaders already living on our soil” and “ensure the existence of our people, and a future for white children.” In it, he answers the question of whether he is a supporter of Trump: “As a symbol of renewed white identity and common purpose? Sure. As a policy maker and leader? Dear god no.”

When a reporter told Trump on March 15 about the reference in the manifesto, Trump condemned the attack, which he described as “a horrible, disgraceful thing and a horrible act.”

The president was also asked by a reporter whether he saw “today, white nationalism as a rising threat around the world.”

“I don’t really,” Trump replied. “I think it’s a small group of people that have very, very serious problems. I guess if you look at what happened in New Zealand, perhaps that’s the case. I don’t know enough about it yet. They’re just learning about the person and the people involved. But it’s certainly a terrible thing.”

Shortly after Trump made his comment, a reporter asked New Zealand Prime Minister Jacinda Ardern whether she agreed with Trump’s belief that “he did not think white supremacy worldwide was a problem that was rising in any way.”

On CNN’s “State of the Union” on March 17, Democratic Rep. Rashida Tlaib said Trump “needs to pick up the phone and call the Department of Justice.”

Tlaib, March 17: There’s real data and information currently right now of the rise of white supremacy right here in this United States of America. He needs to look at the data and the information and the facts and actually listen and understand the tremendous responsibility he has in being our president, our leader of our country.

He cannot just say it’s a small group of people. There’s too many deaths, not only from the synagogue to the black churches to the temples to the — now the mosques. We need to be speaking up against this, and it has to start with him reiterating the importance of real information and data that says it’s on the rise.

You can’t just say it isn’t, when the facts say the complete opposite.

So, what do the data show?

Let’s start with the Justice Department’s FBI data on hate crimes, since that was specifically referenced by Tlaib.

According to the FBI, there were 7,175 hate crime incidents in 2017, a 17 percent increase from 2016 and the third year in a row with an increase. The number of incidents in 2017 was also the highest yearly total since 2008. About 58 percent of the hate crimes in 2017 were motivated by race/ethnicity/ancestry.

Experts, however, caution that the FBI’s hate crime statistics are an imperfect way to track the rise of white nationalism. Not all of the hate crimes overall were committed by white nationalists (some of the documented incidents, for example, were anti-white). The data do not identify the perpetrators that way.

There was also an increase in the number of agencies participating in reporting hate crimes to the FBI and a subsequent increase in the population covered of 5.7 percent between 2016 and 2017. So some of the increase is likely tied to that alone.

Issues also have been raised about inconsistencies in the ways different jurisdictions report hate crimes, which skews the data. There are clearly differences in reporting standards used by different agencies, Heidi Beirich, who leads the Southern Poverty Law Center’s Intelligence Project, told us. She noted, for example, that there was just one assault reported as a hate crime in Alabama in 2017, compared with 242 in California — which she said suggests hate crimes are under-reported in Alabama.

Beirich said there is a lot of evidence pointing to a rising threat from white nationalism, but, she said, “I’m not sure FBI hate crime statistics prove the point.” She notes that a Department of Justice crime victimization survey in 2015 found “U.S. residents experienced an average of 250,000 hate crime victimizations each year from 2004 to 2015.” But the survey does not show trends over time, Beirich said.

FBI hate crime data “doesn’t fit into a neat package” when it comes to tracking the threat of white nationalism, John D. Cohen, a former counterterrorism coordinator and acting under secretary for intelligence and analysis of the U.S. Department of Homeland Security under President Barack Obama, told us in a phone interview. But Cohen, who also served in the Office of the Director of National Intelligence under President George W. Bush, agrees there are other, more telling measures.

“There is pretty broad agreement among law enforcement in the U.S. and the European Union that violence as a result of far-right groups, particularly white supremacists, is on the rise,” said Cohen, who is currently a professor at Rutgers-Newark. “It’s a growing problem. We are seeing more hate crimes and targeted attacks by people who identify with that ideology.”

The Montgomery, Alabama-based Southern Poverty Law Center, which tracks domestic extremism, last month reported a 7 percent rise in hate groups in the U.S. in 2018, with 1,020 groups identified. White nationalist groups, specifically, surged nearly 50 percent, growing from 100 chapters in 2017 to 148 in 2018.

Last year marked the fourth year in a row that the number of hate groups increased, after a short period of decline. The rise, SPLC says, was fueled by political polarization, anti-immigrant views and the ease of spreading those ideologies through the internet.

“More and more people are interested in their ideas,” she said.

In an ABC News/Washington Post poll taken just after the Charlottesville rally in August 2017, 9 percent of the respondents said they thought it was strongly or somewhat acceptable to hold neo–Nazi or white supremacist views. As ABC News reported at the time, that’s equivalent to about 22 million Americans.

The Anti-Defamation League, meanwhile, reports that white supremacy groups have stepped up their propaganda efforts.

“ADL’s Center on Extremism (COE) continues to track an ever-growing number of white supremacist propaganda efforts, including the distribution of racist, anti-Semitic and Islamophobic fliers, stickers, banners and posters,” according to a recent ADL report. “The 2018 data shows a 182% increase of incidents from the previous year, with 1,187 cases reported, compared to 421 in 2017.”

The group said that level of activity far exceeded any of its previous distribution counts.

The ADL also reported that the number of racist rallies and demonstrations rose last year. “At least 91 white supremacist rallies or other public events attended by white supremacist were held in 2018, up from 76 the previous year, with hate groups increasingly employing ‘flash mob’ tactics to avoid advance publicity and scrutiny,” the ADL reported.

“We are seeing an increase in the public expression of far right, white supremacist ideological viewpoints,” Cohen told us. “It is more open in its expression, both online and in protests like in Charlottesville.”

Cohen said he prefers to look at the issue from the perspective of an overall threat assessment. In today’s climate, he said, it’s not just a matter of tabulating the number of members of various white nationalist groups. The internet and social media have changed the game. People self-connect with ideologies espoused by hate groups online. They often act independently of those groups, he said, though they may be inspired by their messages.

So while the number of white nationalists could have remained steady, the threat they pose may be increasing, Cohen said. Whereas people with these ideas used to be isolated geographically, they are now able via the web to reach people who are disaffected and mentally unwell, inspiring them to commit violent acts.

A November report called “The Rise of Far-Right Extremism in the United States” from the Center for Strategic and International Studies found that “the number of terrorist attacks by far-right perpetrators rose over the past decade, more than quadrupling between 2016 and 2017. … There has also been a rise in far-right attacks in Europe, jumping 43 percent between 2016 and 2017.”

“The threat from right-wing terrorism in the United States—and Europe—appears to be rising,” wrote the report’s author, Seth G. Jones. “Of particular concern are white supremacists and anti-government extremists, such as militia groups and so-called sovereign citizens interested in plotting attacks against government, racial, religious, and political targets in the United States.”

Another indicator is the perception among minority groups about the threat they face. Cohen pointed to a December 2018 report from the European Union Agency for Fundamental Rights that surveyed nearly 16,500 individuals who identify as being Jewish from 12 European Union countries and found widespread fear of being targeted for harassment and attacks.

Trump may be correct that those who are members of white nationalist groups, compared with the overall population, are a “small group of people,” Cohen said. If one looks at the number of gun crimes in the U.S., for example, the number of violent attacks carried out by white nationalists is a relatively small subset, he said. But law enforcement officials are concerned about the rising threat of white nationalists, their growing influence through social media and the devastating impact hate-inspired attacks have on the public. 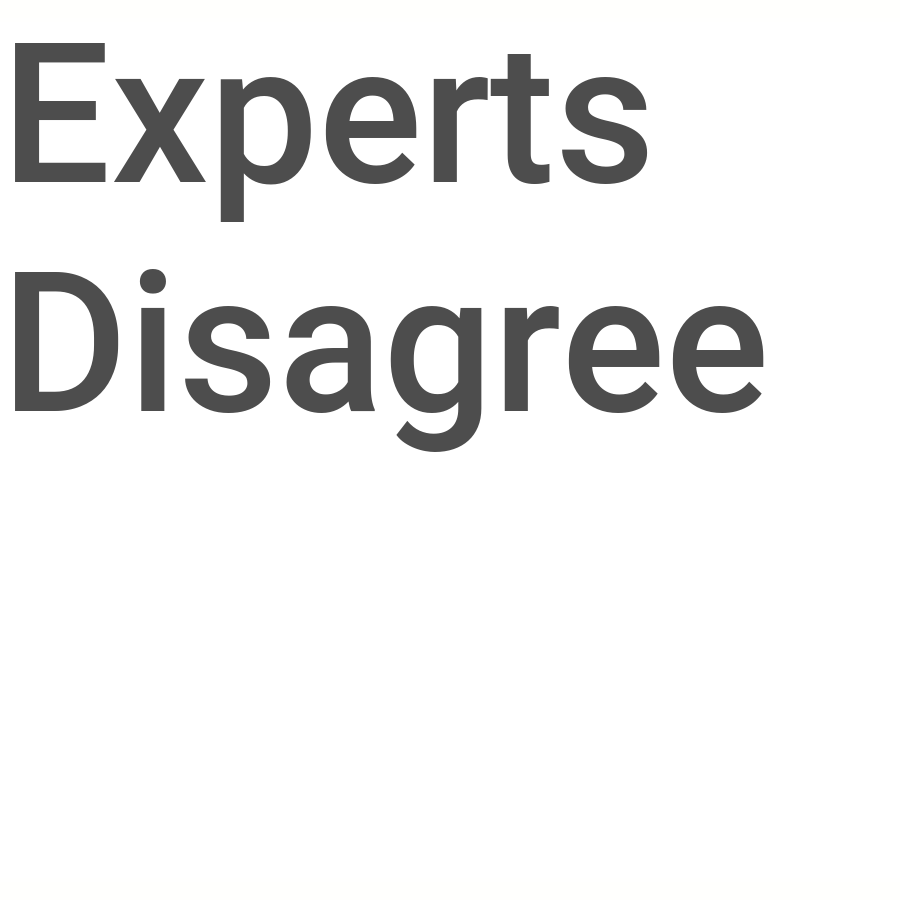