A national survey promoted by President Donald Trump may not show that “50% of Americans AGREE that Robert Mueller’s investigation is a Witch Hunt,” as he tweeted.

The Suffolk University/USA Today survey, taken March 13-17, asked the following: “President Trump has called the Special Counsel’s investigation a ‘witch hunt’ and said he’s been subjected to more investigations than previous presidents because of politics. Do you agree?”

But it’s not clear which of Trump’s claims respondents were agreeing or disagreeing with — that the Russia investigation is a “witch hunt,” or that there have been more politically motivated investigations of Trump than other presidents.

The survey question is “flawed,” Timothy Johnson, a past president of the American Association for Public Opinion Research, told us in an interview.

Other recent polls indicate that Americans have a more favorable opinion of Mueller’s investigation into possible collusion between the Russian government and Trump’s 2016 presidential campaign.

A CNN poll published in February found that 58 percent of respondents said Russia’s election interference is “a serious matter that should be fully investigated,” while 37 percent said the Mueller investigation is “mainly an effort to discredit Donald Trump’s presidency.”

Trump, who has repeatedly referred to the nearly two-year-long investigation as a “witch hunt,” sent his tweet after the Suffolk University/USA Today poll results were released March 18.

Wow! A Suffolk/USA Today Poll, just out, states, “50% of Americans AGREE that Robert Mueller’s investigation is a Witch Hunt.” @MSNBC Very few think it is legit! We will soon find out?

USA Today published an article about the results that carried the headline “Poll: Half of Americans say Trump is victim of a ‘witch hunt’ as trust in Mueller erodes.”

But the responses were based on a problematic survey question, some experts say.

Again, the survey asked: “President Trump has called the Special Counsel’s investigation a ‘witch hunt’ and said he’s been subjected to more investigations than previous presidents because of politics. Do you agree?”

Are they being asked if they agree that the investigation is a “witch hunt,” or that Trump has been investigated more often because of politics, Johnson said. Those who responded with “yes” could have been answering either question or both.

Another issue is that the question doesn’t offer a counter to Trump’s claim. “It only tells one side of the story,”Johnson said.

“It’s always the goal to be balanced,” he said.

Also, only asking “do you agree” can lead to acquiescence bias, which is when respondents are likely to agree regardless of the content of the question, Johnson explained.

“Some in our population will agree with any statement” that is presented to them, he said.

“Given the flaws mentioned,” Johnson said, “we’re not certain that this accurately reflects public opinion.”

Responding to the criticism, David Paleologos, director of the Suffolk University Political Research Center, told FactCheck.org in an email: “The statement links President Trump by name to his viewpoint on the investigation. If respondents were conflicted in any way, they opted for ‘undecided’ or ‘refused.'”

Similarly, Chrissy Terrell, director of communications and PR at Gannett, USA Today‘s parent company, emailed us a statement, saying: “USA TODAY and Suffolk University take seriously the framing of each question to ensure fairness and accuracy in response. We offer options that include ‘undecided’ or ‘refused’ for those who are unclear. Our reporting always specifies our methodology and with Suffolk University, we post the toplines and crosstabs to give transparency to the entirety of our polls.”

What Other Polls Show

The Suffolk University/USA Today survey is not the only one that has tried to measure how Americans view the Mueller investigation. Here are the questions and results from six other polls taken in the last five months. Some indicate there’s less skepticism of the special counsel’s probe.

Finding out the truth: 57 percent

Q: Thinking about the investigation into Russian efforts to influence the U.S. presidential election in 2016, which comes closer to your point of view about it?

You think it’s a serious matter that should be fully investigated: 58 percent

Q: Which comes closest to your view of the Special Counsel’s investigation into the 2016 election?

It is an unbiased investigation dealing with serious issues: 58 percent

Q: Which of the following statements comes closer to your opinion about Special Counsel Robert Mueller’s investigation into possible wrongdoing and Russian interference in the 2016 election?

Q: Do you think that the investigation into any links or coordination between President Trump’s 2016 election campaign and the Russian government is a legitimate investigation, or do you think it is a political witch hunt? 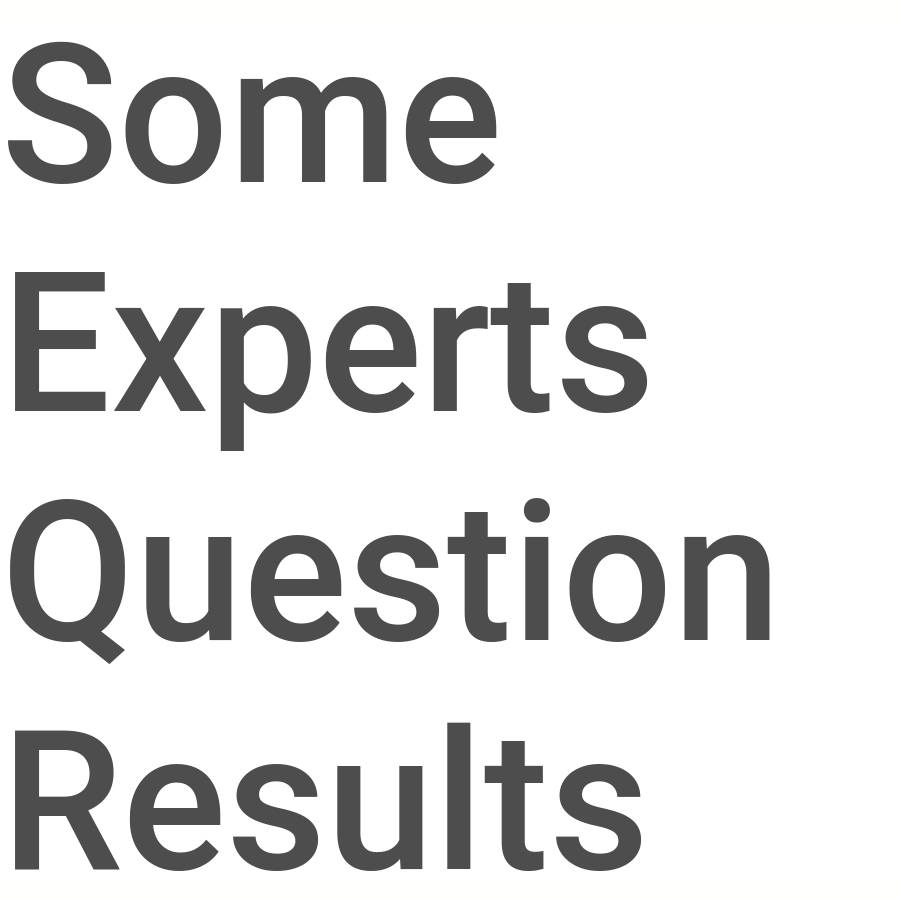