Tariffs imposed by the Trump administration have a small, negative impact on gross domestic product growth, according to economists, the Congressional Budget Office, the International Monetary Fund and the top White House economic adviser. That contradicts President Donald Trump’s repeated claim that the tariffs have boosted the GDP.

As the nonpartisan Congressional Research Service put it in February, the “consensus among most economists is that the tariffs are likely to have a negative effect on the U.S. economy overall.”

As the trade war between China and the U.S. intensified, Trump insisted on May 13 that tariffs imposed so far by the U.S. have increased revenues to the Treasury and improved the economy.

The president said in a tweet that the 3.2 percent GDP growth for the first quarter “was greatly helped by Tariffs from China.” Trump repeated the claim in a press conference before his meeting with Hungary’s prime minister later in the day. After boasting about the “tremendous amounts of money” coming to the U.S. via tariffs imposed last year on $250 billion worth of Chinese goods, as well as what will be coming from the latest round of tariffs imposed last week, he turned to the GDP.

“If you looked at the first quarter — which is always, historically, the worst quarter — we were at 3.2 percent [GDP growth],” Trump said. “People were very surprised. Well, a lot of that was the tariffs that we were taking in from China. So we’re in a very good position and I think it’s only going to get better.”

The tariffs imposed last July have brought in more revenue — the Treasury Department has collected nearly $40 billion in customs duties over the first seven months of the current fiscal year, roughly $18 billion more than in the same period last year (see Table 3) — but that’s a tiny fraction of the more than $2 trillion in government revenues taken in so far this year.

The U.S. GDP increased at an annual rate of 3.2 percent in the first quarter, according to the Bureau of Economic Analysis. While it’s difficult to determine how the president’s tariffs may have affected the higher-than-expected growth in that particular quarter, most economists agree the tariffs generally have a slightly negative impact on the GDP, according to a report by the Congressional Research Service.

The Feb. 22 report on Trump’s tariffs at that time noted that the “consensus among most economists is that the tariffs are likely to have a negative effect on the U.S. economy overall. … Economic analyses of the tariff actions estimate a range of potential effects, but generally suggest a 0.1%- 0.2% reduction in U.S. gross domestic product (GDP) growth annually owing to the actions to date.”

Although different markets may be affected differently, the report states, “Import tariffs are effectively a tax on domestic consumption and thus increase costs for U.S. consumers and downstream industries that use products subject to tariffs. Retaliatory tariffs create disadvantages for U.S. exports in foreign markets, and can lead to fewer sales of U.S. products abroad and depressed prices.”

According to the report, studies by the U.S. government, international institutions, think tanks and consulting groups “have produced a range of estimates, but generally suggest a moderately negative impact.” The Congressional Budget Office, for example, estimated a 0.1 percent decline in the annual U.S. GDP growth rate as a result of the tariffs in place before May 10, and the International Monetary Fund put the decline at 0.2 percent, the report says. The report warns that the negative effects “could grow if U.S. tariff actions and retaliation escalates,” as they have now.

Kent Smetters, a professor of business economics and public policy at the University of Pennsylvania’s Wharton School, told us: “Overall, the trade deficit has actually increased since 2017, thereby not consistent with higher GDP. The trade deficit with China is slightly smaller but well within normal range and not statistically significantly different than previous years. I estimate that the new tariffs imposed under Trump will cost the average American family between $500 and $550 in 2019. As a result, the tariffs will have a slight drag on GDP growth.”

A recent report by the Rhodium Group, commissioned by the U.S. Chamber of Commerce, concluded the GDP — which was $20.5 trillion in 2018 —  “would face $1 trillion in cumulative losses within ten years across all tariff escalation scenarios. The costs of such action are unambiguous: bilateral tariffs result in lower GDP, employment, investment, and trade for the US.” According to the report’s estimates, in the five years after implementation of tariffs, the GDP would be 1.5 percent to 2.2 percent lower, cumulatively.

“Tariffs do not help GDP in the short term,” Daniel Rosen, a founding partner of Rhodium Group and one of the report’s authors, told us via email. “At best, they might create space for a domestic industry to develop for the future. Trump’s theory is that tariff receipts are somehow additive to GDP. They are not. They are paid by Americans. Or in part by foreign firms sacrificing profit margin to protect market share, but that doesn’t add to GDP, just redistributes a little.”

“We run a lot of simulations looking at the impact of tariffs, and generally they are negative for growth,” Gregory Daco, chief U.S. economist for Oxford Economics, told us in a phone interview.

In the short run, he said, there can be periods when tariffs are positive from a GDP perspective, such as when companies front-load purchases in anticipation of tariffs. The first quarter of this year, for example, saw a rebound in the purchase of agricultural products from the U.S., particularly soybeans, he said. But it came after two months in which tariffs severely depressed soybean exports.

Those kinds of changes are superficial. Ultimately, Daco said, “all tariffs are a drag on GDP.”

Daco told CNBC that the tariffs in place since last year depressed U.S. gross domestic product growth by about 0.1 percentage point this year. And he estimated that the additional tariffs imposed by Trump on May 10 will reduce GDP growth by 0.3 percentage point next year.

A study released in February by the Trade Partnership Worldwide, a nonpartisan group that supports free trade, warned that if the U.S. follows through with a 25 percent tariff on all remaining imports from China it would reduce GDP by 1.01 percent annually.

Larry Kudlow, the top White House economic adviser, said on “Fox News Sunday” that the White House’s Council of Economic Advisers and National Economic Council believes that forecast is “pretty wildly exaggerated.” But he acknowledged that the White House estimates that increased tariffs on all Chinese goods would amount to “about two tenths of 1 percent of GDP, so it’s a very modest number. We have a $20 trillion GDP.”

Kudlow argued that is “a risk we should and can take without damaging our economy in any appreciable way” in order “to correct 20 years plus of unfair trading practices with China.”

“We have had unfair trading practices all these years, and so in my judgment, the economic consequences are so small that the possible improvement in trade and exports and open markets for the United States, this is worthwhile doing,” Kudlow said.

It’s a matter of opinion whether a short-term, modest hit to the GDP is necessary in order to negotiate a better long-term trade agreement with China or other countries, but economists say the president is wrong to claim that the tariffs are boosting the GDP in the short run. 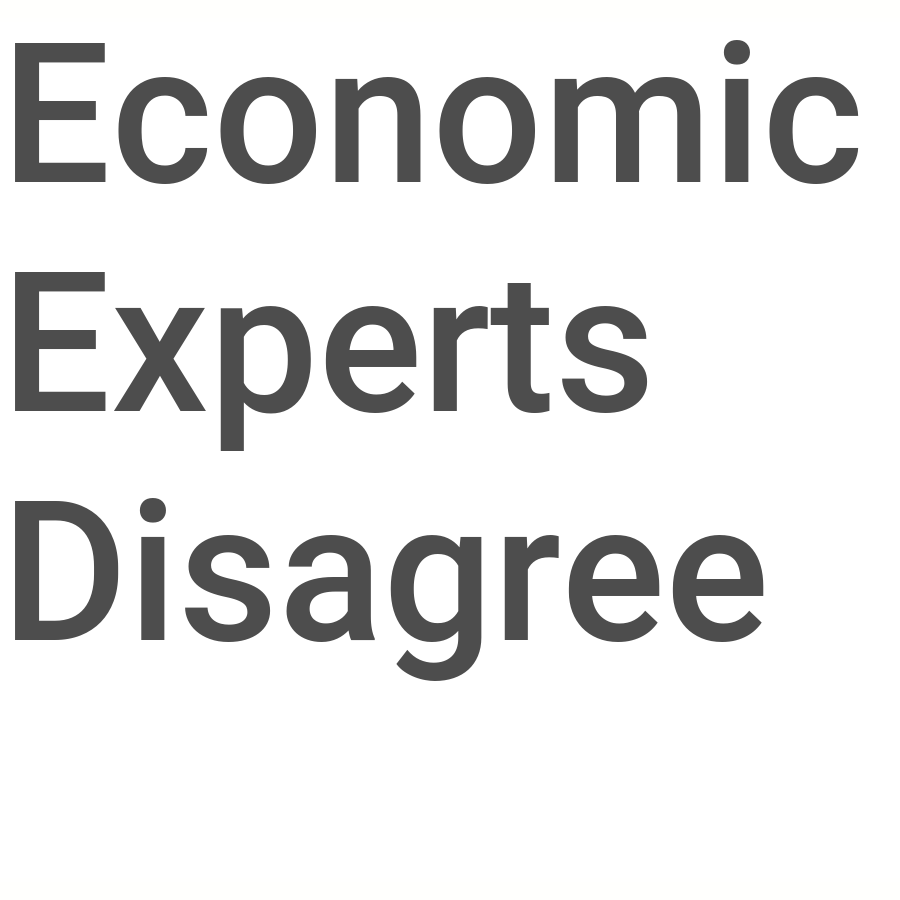