A meme circulating online claims that 7,182 students have been “killed in U.S. schools” since 2012, but that number is inflated. It likely refers to all firearm fatalities involving children, including suicides and shootings off campus.

Dozens of students have been shot and killed on school grounds since the massacre at Sandy Hook Elementary School in Newtown, Connecticut on Dec. 14, 2012. We counted 64 through the end of 2018.

But a meme circulating online has inflated that number to 7,182. It appears to be a misrepresentation of the 7,000 pairs of shoes laid out in front of the U.S. Capitol to demonstrate the number of children who had been killed by gun violence since the Sandy Hook shooting, according to Avaaz, the advocacy group that planned it. That event was in March 2018, and it’s pictured in the meme.

The 7,000 figure was likely based on a study that found that nearly 1,300 children are killed by guns each year, including suicide, which makes up about 38 percent of those deaths. The study counted deaths overall, not just those that happened at school.

The number of students killed in school shootings varies depending on the methodology used to count the deaths — but none of the counts are as high as 7,182.

For example, Everytown, a group that advocates reducing gun violence, has counted 170 deaths from 2013 to the end of 2018. That number includes all victims killed on school grounds, including school employees and people unrelated to the school. It also includes shootings that occurred on school property when school is not in session, including at night.

So, our count doesn’t include incidents such as the accidental shooting of Kaden Robert, 15, who died in 2014 after playing basketball at a high school in Benton, Missouri. Robert was sitting in a truck owned by a friend’s grandfather when he was handed a loaded gun that accidentally discharged and killed him.

We also didn’t include the accidental death of Sierra Guyton, 10, who was caught in crossfire while she was on her school’s playground in Milwaukee one spring evening the same year, or the many suicides that have taken place on school grounds.

We based our count on the FBI’s list of active shooter incidents, the database of school shootings kept by researchers at the Naval Postgraduate School’s Center for Homeland Defense and Security, and the list kept by Everytown.

Seventeen of the 31 school shootings we found in which a student died happened on college or university campuses. You can click through on the map at the bottom to see where each incident we found took place.

The meme compares the number of students killed in school to the number of U.S. military members killed “in COMBAT” overseas since the 9/11 terrorist attacks in 2001. That number, according to the meme, is 6,915 — which is close to correct. According to the Department of Defense, 5,429 members of the military have been killed in action since then.

Federal Bureau of Investigation. “Active Shooter Incidents in the United States in 2018.” Accessed 9 May 2019. 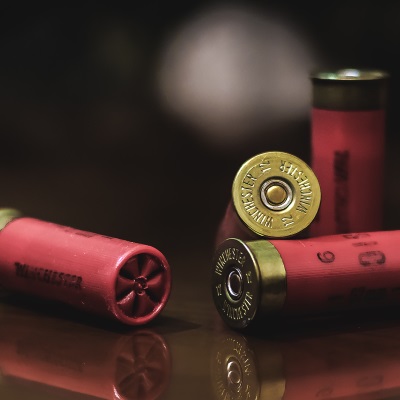