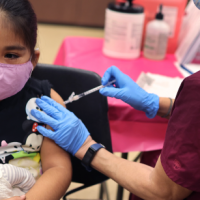 Viral social media posts continue to misuse the Vaccine Adverse Event Reporting System data, and flawed calculations, to claim the Pfizer COVID-19 vaccine for children is unsafe and will cause many more deaths than it will prevent. 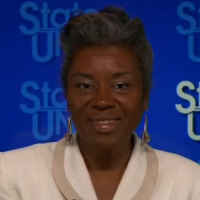 In an interview on CNN’s “State of the Union,” Virginia Lt. Gov.-Elect Winsome Sears spread misinformation about COVID-19 vaccines that we have previously debunked. 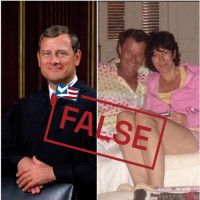 Ghislaine Maxwell, who is charged with assisting accused sex trafficker Jeffrey Epstein, is scheduled to go on trial on Nov. 29. Social media posts are circulating a photo that falsely claims to show Chief Justice John Roberts in an affectionate pose with Maxwell. The photo actually shows Maxwell with a French modeling agent facing sexual assault charges. 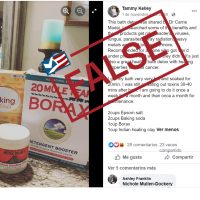 A vaccination can’t be reversed through any “detox” process, medical experts say. Yet, a social media post is spreading the false claim that a bath with borax can “get rid” of a COVID-19 vaccine. The bath may remove some water from the body, but not the molecules associated with vaccines, a toxicologist told us. 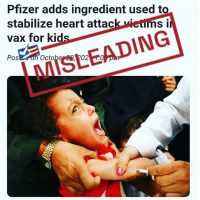 With the release of its pediatric COVID-19 vaccine, Pfizer switched the buffer used in its formulation to increase the stability of the product, allowing it to remain at refrigerator temperatures for longer. The Food and Drug Administration OK’d the change, which is also being made to some doses for teens and adults. Social media posts, however, misleadingly suggest that the ingredient swap is dangerous or was added to prevent heart attacks in children.

CBO: Build Back Better Not Quite ‘Fully Paid For’ 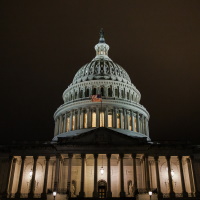 For weeks, President Joe Biden has been saying the Build Back Better plan would be “fully paid for” and would not increase the deficit. But the official congressional scorekeeper in its long-awaited final analysis contradicted the president’s claims. 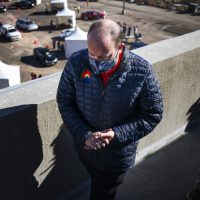 Responding to a surge in COVID-19 hospitalizations, Colorado Gov. Jared Polis signed an executive order on Oct. 31 allowing hospitals that are at or near capacity to transfer or stop admitting patients. Social media posts falsely claimed the order says hospitals can “refuse to treat the unvaccinated.” But the order doesn’t mention vaccination status. 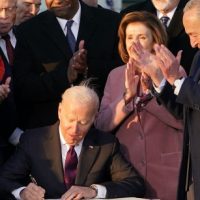 Both President Joe Biden and Vice President Kamala Harris lauded the bipartisan infrastructure legislation for creating good-paying jobs for “millions” of Americans. But they meant millions of job-years, not millions of additional jobs. 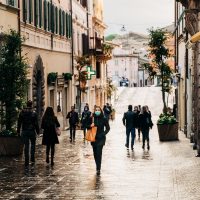 The vast majority of people who have died with COVID-19 had other medical conditions that put them at risk of severe disease, or other conditions caused by COVID-19. But internet posts misinterpret data about those conditions to falsely claim that Italy has reduced its count of COVID-19 deaths. It hasn’t. 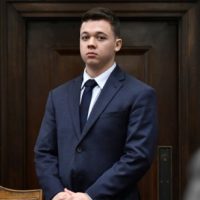