Support FactCheck.org in the 2010 Webby Awards

Dear readers:
For three years running, we have been voted the best political site on the Web in the annual Webby Awards competition. These awards, which have been called the Oscars of the Internet, represent a welcome show of support for our mission: holding politicians accountable for factual accuracy.
We’d love to keep our streak going — hence this message. The Webby Awards have two segments: the judges’ award and the People’s Voice prize. The latter is where you come in.

Those of you who follow FactCheck.org via RSS may have noticed some temporary glitches with the feed last night. Indeed, several of our more observant readers wrote to us to let us know that our feed was apparently redirecting to a squatter site. We apologize for the mix up.
The problem is corrected now. We’ll be continuing to do some maintenance throughout the day as we work out some of the kinks in our feed. Try not to be too alarmed if you see odd things happening once in a while.

Welcome to Our New Look

You might have noticed that things look a little different around here.
We’ve given the site a bit of a makeover. Some of the effects are pretty obvious, like the rotating picture gallery on our homepage. That’s where we’ll feature our newest and most-talked-about content. You can click the picture or the article title to go to the full story. And don’t worry if you didn’t click fast enough. The content will cycle back around. Or if you’re impatient, 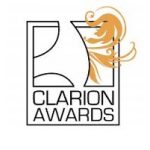 We’re going to have to get a bigger trophy case.
FactCheck.org’s 2008 election coverage has been selected by the Association for Women in Communications for one of its Clarion Awards. We’re both honored and pleased by this additional recognition, which comes on the heels of our third consecutive Webby “People’s Voice” Award for best political site on the Internet.
The 2009 Clarion competition attracted nearly 500 entries in various categories. Our election coverage won in the category of “Online Publication”

You might have noticed that things look a little different around here. You’ve probably already noticed some of the cosmetic changes, like the rotating picture gallery on our homepage, where we’ll feature our newest and most-talked about content. But we’re just as excited about some of the things that you might not have noticed on first glance:

We saw more aggressive fact-checking by journalists in this election than ever before. Unfortunately, as a post-election Annenberg Public Policy Center poll confirms, millions of voters were bamboozled anyway.

More than half of U.S. adults (52 percent) said the claim that Sen. Barack Obama’s tax plan would raise taxes on most small businesses is truthful, when in fact only a small percentage would see any increase.

More than two in five (42.3 percent) found truth in the claim that Sen.

That Chain E-mail Your Friend Sent to You Is (Likely) Bogus. Seriously.

If there was ever a case where readers should apply a guilty-until-proven-innocent standard, this is it.

Cognitive Science and FactCheck.org, or Why We (Still) Do What We Do

Have you heard about how Al Gore claimed to have invented the Internet? What about how Iraq was responsible for the attacks on the World Trade Center? Or maybe the one about how George W. Bush has the lowest IQ of any U.S. president ever? Chances are pretty good that you might even believe one (or more) of these claims. And yet all three are false. At FactCheck.org our stock in trade is debunking these sorts of false or misleading political claims,

False Ads: There Oughta Be A Law! – Or Maybe Not

Here’s a fact that may surprise you: Candidates have a legal right to lie to voters just about as much as they want.

Kerry Really Could Produce 10 Million New Jobs. (So Could Bush.)

John Kerry has promised that, if elected, his economic policies will produce 10 million new jobs. Some FactCheck.org subscribers have asked us why we haven’t debunked that claim, given that the Bureau of Labor Statistics (BLS) counted only 8.4 million who were unemployed as of March.