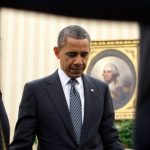 Some of the many false viral claims about Barack Obama’s faith and citizenship.

Trump on Birtherism: Wrong, and Wrong 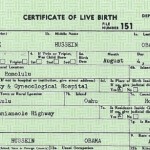 Donald Trump finally, definitively allowed that “President Barack Obama was born in the United States, period.” But his terse statement on the matter included two falsehoods.

Video: Clinton Not Among ‘Birthers’ 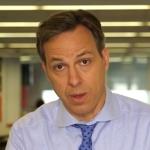 As CNN’s Jake Tapper explains in the following video, there is no evidence that Hillary Clinton or her campaign started rumors during the 2008 presidential race that Barack Obama was not born in the United States. 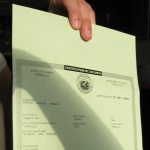 Donald Trump again has repeated the false claim that Hillary Clinton “started” the so-called “birther” movement against Barack Obama in 2008.

Was Hillary Clinton the Original ‘Birther’? 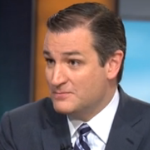 Two Republican presidential candidates claim the so-called “birther” movement originated with the Hillary Clinton campaign in 2008. Some of her ardent supporters pushed the theory, but there is no evidence Clinton or her campaign had anything to do with it.

President Barack Obama released the long-form version of his birth certificate today, yet another piece of concrete evidence that shows he was born in the United States. The White House said he received a special exemption from the Hawaii Department of Health, which keeps the long-form documents confidential.

The pdf version of the document can be seen here.
In remarks to the press today, Obama said that his campaign had already released his birth certificate in 2008.

If Donald Trump worked for us, we’d have to say: “Donald, you’re fired — for incompetence.” The successful developer and TV celebrity says he’d make a good president, and maybe he would — we take no stand either way about that. But when it comes to getting facts straight …

The latest development in the saga of the so-called "birther" challenges to Barack Obama’s presidency comes from Hawaii, Obama’s native state. Yesterday, Gov. Linda Lingle signed a law allowing state agencies to ignore requests for information if they determine the requests duplicate or are substantially similar to earlier ones. The law targets those who contend Obama wasn’t born in the U.S. and thus, under the Constitution, can’t be president; they still are sending 10 to 20 e-mails every week asking the state’s Health Department for verification of his birth certificate.