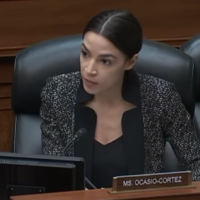 There is no evidence that Rep. Alexandria Ocasio-Cortez said “owning guns is not a right,” contrary to what a viral meme claims. 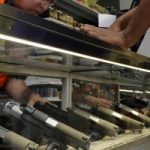 Democrats have described Brett Kavanaugh as “a true Second Amendment radical” who is “far outside the mainstream of legal thought” — more conservative than the late Justice Antonin Scalia. The criticism stems from Kavanaugh’s dissent in a 2011 appeals court ruling that upheld the District of Columbia’s law banning semi-automatic rifles. We take a look at the facts. 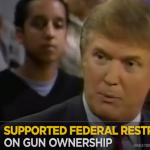 An ad from an anti-Donald Trump super PAC uses a partial quote from Trump to distort his position on gun control. 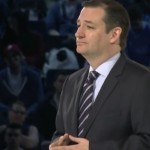 Texas Sen. Ted Cruz became the first major Republican candidate to declare himself officially in the 2016 presidential race. In announcing his presidential ambition, Cruz repeated a number of dubious claims we have heard before, and a few we haven’t.

In Nevada’s Senate race, Republican Sharron Angle and Democrat Harry Reid began airing new commercials Aug. 26. Angle’s attack ad pictures Reid in a "love triangle" with President Barack Obama and House Speaker Nancy Pelosi, and repeats some familiar but misleading claims.
Like Angle’s, Reid’s ad covers familiar ground. All of its claims are rooted in true statements or proposals. But Reid goes too far in one case. Angle did not say that "Medicare and Social Security violate the Ten Commandments."

Q: Has Obama found a “legal way around the Second Amendment”?
A: The administration’s agreement to talk about writing a United Nations treaty to regulate arms exports and imports is a far cry from banning possession of firearms, which Obama says he doesn’t want to do and the Supreme Court has said can’t be done anyway.

A mailer sent from Clinton’s campaign to the homes of selected Indiana voters just before the Democratic primary goes after Obama for allegedly shifting his position on guns to suit his audience. The mailer’s not outright wrong in any of its statements. But the facts muddy the picture.

Q: Is the Supreme Court going to define “well regulated militia”?
A: Perhaps so. It is considering a gun-control case in which it might choose to rule on what the Second Amendment means.