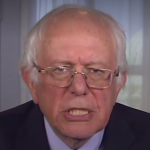 The nonpartisan Congressional Budget Office’s analysis of the Republican health care bill has been released — so let the spinning begin.

Is Medicaid Bad for Your Health? 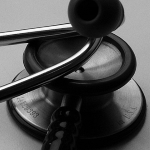 Outside Attacks in Massachusetts 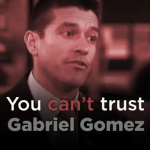 An ad from the Obama campaign exaggerates the truth about fees and tax hikes imposed by Mitt Romney when he was governor of Massachusetts.
It lists numerous fees hiked by Romney, but we found that a number of them are misleading — seeming to be more far-reaching and broad than they really are.
The ad also repeats a misleading claim about Romney cutting taxes “on millionaires like himself,” and botches the figure for the revenue gained by Romney imposing higher fees and closing corporate tax loopholes.

An ad from the Obama campaign claims Massachusetts ranked No. 1 in state debt per person when Mitt Romney was governor. It’s true, but there’s less there than meets the eye. Massachusetts has historically been a high-debt state. Massachusetts has ranked either first or second in debt per capita in each of the past 11 years. It was second when Romney took office, not a far leap to first place. One could even argue that Romney slowed the growth rate of long-term debt compared with the four years before he took office.

It has been nearly five years since Massachusetts Gov. Mitt Romney signed the state’s landmark health care law amid the political flourish of a fife and drum corps and 300 guests in Boston’s Faneuil Hall. The overhaul is largely seen as a blueprint …

During his first appearance on CBS’ "Face the Nation" on April 18, Republican Sen. Scott Brown of Massachusetts claimed that the financial regulatory bill could potentially cost insurance companies in his state 25,000 to 35,000 jobs. But the freshman senator has failed to provide any support for the claim, and we have been unable to find any elsewhere.
Brown didn’t provide the source of the estimate when host Bob Schieffer inquired about it. And our calls to the senator’s office haven’t been returned.

White House Senior Adviser David Axelrod incorrectly claimed that Republican Scott Brown “didn’t run one ad on health care in the entire campaign” against Democrat Martha Coakley. In fact, a Brown campaign TV spot attacking health care legislation ran heavily in the days before Tuesday’s Senate election in Massachusetts.
Axelrod, in an appearance alongside White House Press Secretary Robert Gibbs on MSNBC’s “The Daily Rundown” on Wednesday, was trying to play down the role of the health care issue in Brown’s upset victory.

Last week we barely dipped our toe in the torrent of ads blanketing Massachusetts, where voters are going to the polls today to decide who will replace the late Sen. Ted Kennedy: Democrat Martha Coakley or Republican Scott Brown. There have been more since in the close race, too many for us to keep up with.
But we found one single-issue flier sent out by the Massachusetts Democratic Party particularly offensive and off-base. The background of the flier shows blurry images of women on which these words are superimposed: "1,736 women were raped in Massachusetts in 2008.