Democratic Rep. Keith Ellison tweeted that the Supreme Court “ratified Donald Trump’s ‘total and complete shutdown’ of Muslims entry into the United States.” That is a Trump quote from the presidential campaign. But his actual executive actions didn’t go that far.

Trump most recently issued a proclamation restricting certain nationals of Iran, Libya, Somalia, Syria, Yemen and North Korea from obtaining visas to travel to the U.S. Certain Venezuelan government officials and their families were also barred.

The first five countries are majority Muslim nations, but that’s far from banning all Muslims.

In fact, in January 2017, the Pew Research Center estimated that Trump’s original executive order would affect only about 12 percent of Muslims in the world. That was when restrictions were also placed on Iraqi and Sudanese nationals, who have since been excluded.

After the Supreme Court issued its ruling on a case challenging Trump’s proclamation, Ellison reacted on Twitter.

The US Supreme Court just ratified Donald Trump’s “total and complete shutdown” of Muslims entry into the United States.

The ‘Total and Complete Shutdown’ Quote

Trump himself used the words “total and complete shutdown of Muslims entering the United States” during the 2016 presidential campaign. He issued a “Statement on Preventing Muslim Immigration,” which he read at a Dec. 7, 2015, rally. Trump called for a “complete shutdown … until our country’s representatives can figure out what the hell is going on. We have no choice.”

Ellison spoke about the “total and complete” shutdown quote in a Facebook interview with Minnesota’s WCCO-TV on June 26. “I know some people said, well it’s not a Muslim ban because not all Muslim countries are banned, right?” Ellison said (starting at the 1:45 mark). “But the countries that are banned, are banned because they’re Muslim countries. And who better to judge than just relying on Trump’s own words. Right out of the gate, he says he wants a total and complete ban on Muslim entry into the country.”

Trump’s quote was part of the plaintiffs’ case in the lawsuit challenging the constitutionality and authority of Trump’s proclamation. The Supreme Court ruled 5-4 on June 26 that the president had “lawfully exercised the broad discretion granted to him” under the Immigration and Nationality Act to restrict entry to some foreign nationals in order to protect the interests of the United States.

The opinion, written by Chief Justice John Roberts, said the plaintiffs’ case includes several statements by Trump and his campaign “casting doubt on the official objective of the Proclamation.” But the majority found that the proclamation — issued in September as the third version of the Trump administration’s attempt to restrict entry to the U.S. — “is facially neutral toward religion.”

Roberts wrote: “But the issue before us is not whether to denounce the statements [of the president]. It is instead the significance of those statements in reviewing a Presidential directive, neutral on its face, addressing a matter within the core of executive responsibility.”

Justice Sonia Sotomayor, in her dissent, said the proclamation was “window dressing,” and that the words of the president and his advisers showed discriminatory motives against Muslims. “Ultimately, what began as a policy explicitly ‘calling for a total and complete shutdown of Muslims entering the United States’ has since morphed into a ‘Proclamation’ putatively based on national-security concerns,” Sotomayor wrote. “But this new window dressing cannot conceal an unassailable fact: the words of the President and his advisers create the strong perception that the Proclamation is contaminated by impermissible discriminatory animus against Islam and its followers.”

The proclamation — “Enhancing Vetting Capabilities and Processes for Detecting Attempted Entry into the United States by Terrorists or other Public-Safety Threats” — was issued on Sept. 24, 2017, after two previous executive orders on immigration in January and March of that year. The proclamation applies to certain nationals from the named countries who want to obtain a visa for travel to the U.S.

The restrictions have been tailored to each country for different security reasons, according to a White House explainer. They cover immigrants, who want to come to the U.S. permanently, and nonimmigrants, who only plan to visit temporarily.

Iran: Entry is suspended for Iranian nationals as immigrants and nonimmigrants, with the exception of individuals traveling on valid student and exchange visitor visas. Those temporary visitors will be subject to enhanced screening and vetting.

Libya: Entry is suspended for Libyan nationals as immigrants, as well as nonimmigrants on business and tourist visas.

Somalia: Entry is suspended for Somalian nationals as immigrants. Nonimmigrants traveling to the U.S. will be subjected to enhanced screening and vetting.

Syria: Entry is suspended for Syrian nationals as immigrants and nonimmigrants.

Yemen: Entry is suspended for Yemeni nationals as immigrants and nonimmigrants traveling on business and tourist visas.

North Korea: Entry is suspended for North Korean nationals as immigrants and nonimmigrants.

Venezuela: Entry is suspended for certain Venezuelan government officials and their immediate family members traveling on business and tourist visas.

(Chad was removed from the original list in an update to the proclamation in April.)

To be clear, not all foreign nationals from those countries are affected. The proclamation mentions exemptions for several individuals, including:

The proclamation also says that specified consular or border officials can grant waivers on a case-by-case basis, allowing affected foreign nationals to enter the U.S.

Waivers may be granted if a person can show that denying entry would cause an undue hardship, or that entry would not pose a security risk, or would be in the national interest.

Waivers may also be granted under some of the following circumstances:

Readers can refer to the proclamation for further explanation of any additional exemptions or requirements for obtaining a waiver. The State Department also has prepared a document with responses to some frequently asked questions about the president’s proclamation.

Correction, June 29: We originally referred to Trump’s Dec. 7, 2015, event as a press conference. It was a campaign rally. 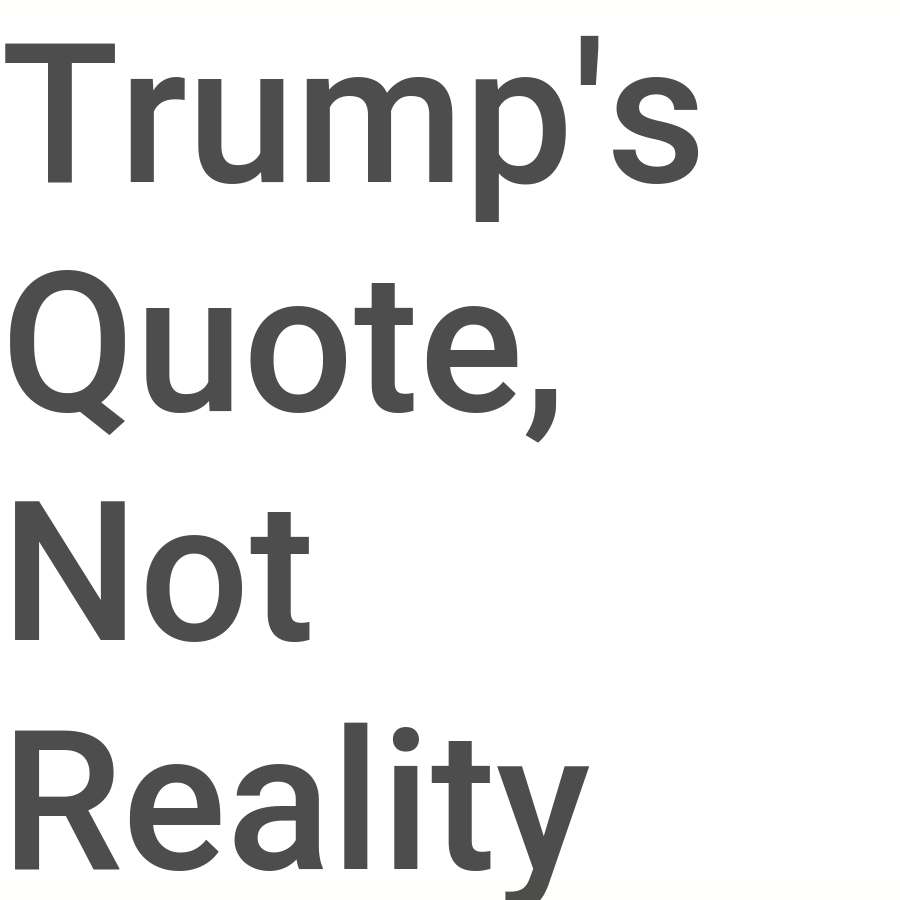