In April, the CBO’s nonpartisan budget analysts projected that the Tax Cuts and Jobs Act, factoring in all economic effects, would still add nearly $1.9 trillion to the total deficit between 2018 and 2028. The law would increase the primary deficit by $1.3 trillion and raise debt-service costs by roughly $600 billion, CBO said.

The economic changes due to the law reduce the projected deficit by about 20 percent, according to CBO’s analysis.

However, while talking about the deficit on CBS’ “Face the Nation” on July 29, Larry Kudlow, director of the National Economic Council, said that, according to CBO figures, revenue increases and economic growth “virtually” cover the “entire” cost of the tax cuts.

The CBO does estimate that the tax law will prompt some economic changes that reduce its impact on the deficit.

The congressional budget analysts expect the tax law will boost average annual real GDP, or gross domestic product, by 0.7 percent over the 2018 to 2028 period, for example.

And without the “effects of the macroeconomic feedback,” as CBO describes the law’s economic effects, it would add more than $2.3 trillion to the deficit over the next 11 years, including a more than $1.8 trillion increase in the primary deficit and a $471 billion increase in debt-service costs. (See Table B-3.)

But, overall, the macroeconomic feedback from the law reduces the projected deficit by just $461 billion, or around 20 percent, according to CBO’s April forecast.

“CBO is certainly not projecting that the tax cuts will pay for themselves,” Aparna Mathur, a resident scholar in economic policy studies at the conservative American Enterprise Institute, told FactCheck.org in an email.

“As we all know and as you point out, the CBO is consistently projecting long-term deficits due to the tax cuts, despite the macroeconomic feedback,” she said.

The Trump administration has been touting the second quarter gross domestic product growth rate of 4.1 percent, announced on July 27 by the Bureau of Economic Analysis. But if Kudlow was making the case that there would be much higher revenues than are currently projected if economic growth starts averaging over 4 percent annually, that is “still speculative and uncertain,” Mathur cautioned.

“One quarter of GDP growth over 4 percent does not necessarily imply annual average growth of 4 percent,” she said. “If these numbers are not sustained quarter to quarter, it is hard to imagine growth averaging 4 percent annually long-term. So I think it’s too soon to claim that the tax cuts will eventually pay for themselves.”

The White House did not respond to our request for an explanation of Kudlow’s claim.

Benjamin Page, a senior fellow at the Urban-Brookings Tax Policy Center, said it’s possible that Kudlow was referring to another part of the CBO’s budget and economic outlook.

According to Table A-1 — which covers “Changes in CBO’s Baseline Projections of the Deficit Since June 2017” — CBO says it anticipates that legislative changes enacted since that time would reduce revenues by about $1.7 trillion between 2018 and 2027, and that those losses would be partially offset by nearly $1.1 trillion in revenues from the macroeconomic feedback of those laws, new economic data and revisions to its analytical methods. That still leaves a gap of $600 billion.

“But that is including ALL revisions in the economic projections,” Page told us in an email. In addition to new data and methods, some of the changes CBO made to its projections were due to other recent laws, including the Bipartisan Budget Act and the Consolidated Appropriations Act.

CBO says that “about half of the economic changes” in its baseline update “stem from the macroeconomic effects of the 2017 tax act.”

Kudlow also made a claim about corporate income tax cuts in an appearance on CNN’s “State of the Union” on July 29.

Kudlow, July 29: Some of the numbers I have seen — heaven forbid, even the CBO, they’re suggesting we have already paid for two-thirds of the corporate tax cut.

If that is what he was doing, Page said, it can’t all be attributed to the tax law’s effects.

“The changes to corporate tax revenues under ‘economic’ in table A-1 incorporate the effect of all the changes in the economic forecast between June 2017 and April 2018, not just the economic effects of TCJA,” he said.

Table B-3 is CBO’s official position on the budgetary effects of the tax law, Page said. It doesn’t show that the “entire” cost of the tax law is “virtually paid for.”

Clarification, Aug. 3: We updated this article to reflect that the $1.1 trillion in revenues from economic changes in CBO’s April baseline projections are due to macroeconomic feedback from new laws, plus new economic data and revisions CBO made to its analytical methods. 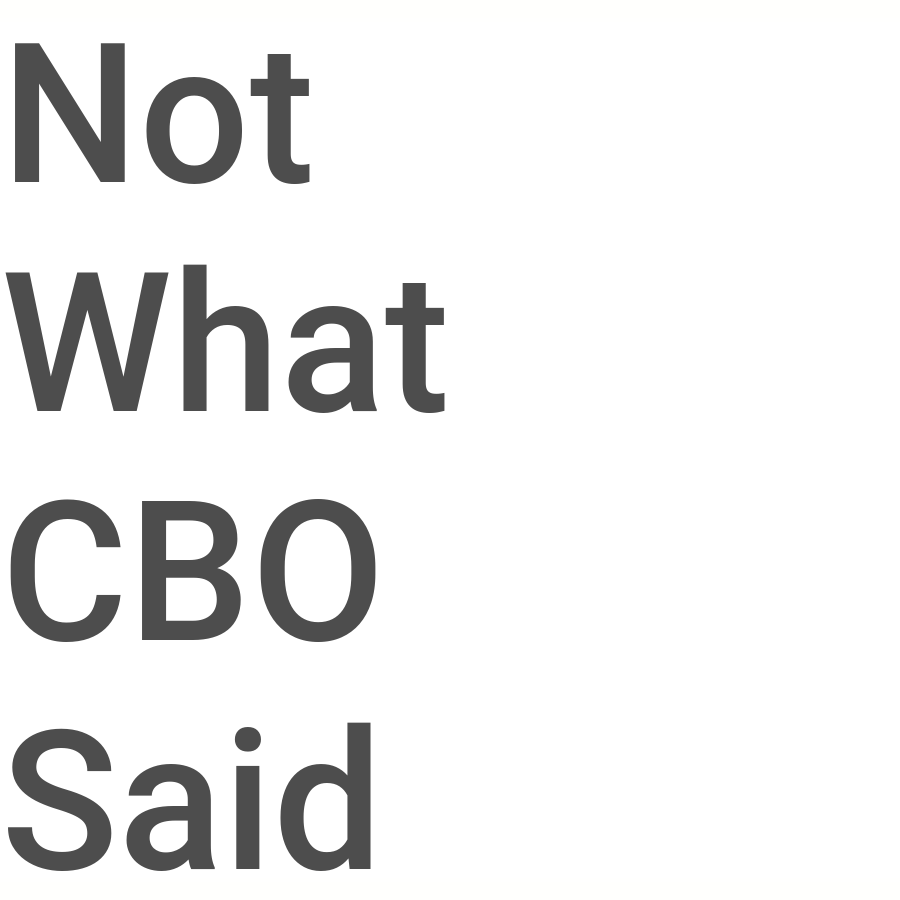 FactCheck.org Rating:
Not What CBO Said
"Even the CBO numbers show now that the entire $1.5 trillion tax cut is virtually paid for by higher revenues and better nominal GDP."
Larry Kudlow
Director of the National Economic Council
https://www.cbsnews.com/news/transcript-larry-kudlow-on-face-the-nation-july-29-2018/