Former Vice President Joe Biden kicked off his third campaign for president with a speech in Pittsburgh that contained a few false and misleading statements:

Biden, a former Delaware senator and Barack Obama’s vice president from 2009 to 2017, has run unsuccessfully for president twice before. This time, though, he begins the race as a front-runner.

The Democrat gave his first official campaign speech on April 29 in Pittsburgh, where he spoke to a crowd of supporters that included many union members and officials. Referring to himself as “Middle Class Joe,” Biden talked about the need to restore the middle class, strengthen unions and improve wages.

BLS has since discontinued its International Labor Comparisons program, so it hasn’t issued any new reports.

The most recent data we could find comes from The Conference Board’s Total Economy Database, which includes data on labor productivity for 123 countries, dating in some cases to 1950. Again, the U.S. ranks at the top — but not the highest.

The list includes five Asian countries: Singapore, Hong Kong, Taiwan, Japan and South Korea. The U.S. has higher productivity than all six, but not three times more than any of them. Singapore had the highest among the Asian countries at $65.9, placing 11th on the list.

However, most of the Asian countries in the APO report have what the International Monetary Fund calls “developing economies,” including Bangladesh, Cambodia, India, Indonesia, Malaysia and Myanmar. U.S. workers are not “three times as productive” as those in the advanced Asian economies, such as Singapore, Hong Kong and Japan.

We reached out to the Biden campaign for supporting documentation for the former vice president’s productivity claims, but did not get a response. We will update this article if we do.

‘Did You Get Anything’ from GOP Tax Cuts?

Funny thing about the Trump-backed tax bill: Most people think it didn’t result in a tax cut for them, even though the reality is that for most people, it did.

Biden took advantage of that misperception, asking the crowd, “$2 trillion tax cut last year. Did you feel it? Did you get anything from it? Of course not. Of course not. All of it went to folks at the top and corporations that pay no taxes.”

In fact, it is highly probable that most of those in the audience got a tax cut as a result of the Tax Cuts and Jobs Act — a Republican-crafted bill that the president signed into law on Dec. 22, 2017.

The Tax Policy Center estimates that about 65 percent of households paid less in federal income tax in 2018 under the TCJA than they would have paid under the old tax laws, while about 6 percent paid more. Among those who got a tax cut, it averaged about $2,200.

It’s true that those with higher incomes reaped greater benefits: A higher percentage of high-income taxpayers got a tax cut, and that tax cut was, on average, greater than the tax cuts for those with lower incomes (both in dollar amounts and as a percentage of after-tax income). Among those in the bottom income quintile — those with income less than $25,000 — 27 percent got a tax cut, while only 1.4 percent got a tax increase, the Tax Policy Center estimates.

Those estimates are in line with ones from the business-backed Tax Foundation.

“Our best estimates show that about 80% of tax filers would get a tax cut under the TCJA and about 8% would see a tax increase,” Kyle Pomerleau, chief economist and vice president of economic analysis at the Tax Foundation, told us via email. “With about 150 million filers, that’s about 12 million people with tax increases. However, it also means 120 million got a tax cut. So while it is true that ‘millions’ got a tax increase, many more millions got a tax cut.”

The public perception, however, is much different.

Finally, the New York Times reported that a survey conducted for the newspaper in early April by the online research platform SurveyMonkey “found that just 40 percent of Americans believed they had received a tax cut under the law. Just 20 percent were certain they had done so.” In all of the polls, Democrats were more likely than Republicans to believe they did not get a tax cut.

In their April 14 story, “Face It: You (Probably) Got a Tax Cut,” New York Times reporters Ben Casselman and Jim Tankersley blamed the public misconception on Democratic messaging.

“To a large degree, the gap between perception and reality on the tax cuts appears to flow from a sustained — and misleading — effort by liberal opponents of the law to brand it as a broad middle-class tax increase,” they wrote.

Specifically, many Democratic leaders have misleadingly claimed that the top 1 percent will get 83 percent of the tax cuts under the new law. As we have written, that’s true for 2027 but only because most of the individual income tax changes expire by then. It was not true in 2018, the only year Biden could have been referring to when he asked if anyone in the crowd had gotten anything yet from the tax bill.

Some also confused a smaller tax refund this tax season with a tax increase. But as we explained in February, the size of one’s tax refund is separate and apart from a person’s tax liability. In response to the new tax law, employers began withholding less, meaning that some people may have been getting more in their paychecks throughout the year, but less of a refund after filing tax returns.

In a press release on April 11, H&R Block reported that through March 31, 2019, the size of its clients’ tax refunds was up 1.4 percent under the first year of the new tax law, while overall tax liability was down nearly 25 percent.

“This gap in outcomes has contributed to a confusing tax experience for anyone seeking to understand how the largest change to the tax code in 30 years, the Tax Cuts and Jobs Act (TCJA), impacts them,” the tax preparation firm wrote. “That’s because while the average tax filer is better off, they’ve received a small amount of that benefit in their tax refund, which many people think of as their ‘bottom line.’ This creates an illusion about the real impact of tax reform.”

“It’s reasonable to assume that a tax cut would mean your refund will increase, but that’s not necessarily the case,” explained Kathy Pickering, executive director of The Tax Institute and vice president of regulatory affairs at H&R Block, in the press release. “The IRS updated how employers calculate how much tax to withhold from paychecks, which means you could have been getting all your tax cut – and then some – in your paychecks.”

GM ‘Did Nothing’ for Laid-Off Workers?

Biden criticized General Motors for recent layoffs and claimed the automaker “did nothing” regarding severance pay for those employees. But that’s contradicted by a news report citing “documents given as part of the separation package.”

The Detroit Free Press included an image of those documents in its Feb. 5 story, which said, “salaried employees with one year with the company will receive two weeks’ severance; those with two years get a month, and those with three years will get six weeks’ pay. Those with 12 or more years get six months’ pay.”

Biden said this about GM:

Biden, April 29: The second they hit hard times, what’d they do? They closed plants. They announced they’re going to lay off or transfer 14,000 workers. They also got that last year, over $192 million in tax breaks. They could have given everyone they laid off severance pay if they had to. Could have given everyone. They did nothing.

GM announced in November that it would eliminate 14,000 jobs and potentially close five plants as part of a restructuring to manufacture more SUVs and trucks and fewer cars. It said that some of the 8,000 white-collar employees who were affected would take buyouts, and the rest would be laid off. Among blue-collar workers, 2,600 would lose jobs in the U.S., though some could be relocated to other plants, and about 3,300 workers in Canada would be affected.

We don’t know to what Biden was referring when he mentioned $192 million in tax breaks — we asked the campaign for support but haven’t yet received a response. But his claim that GM “could have given everyone they laid off severance pay if they had to” but “did nothing” is contradicted by the Free Press‘ reporting and other media stories on the layoffs.

The Free Press quoted anonymous affected GM employees, one of whom “asked for anonymity to protect severance benefits.”

The paper said: “The amounts are not atypical, but not generous, either, said an auto industry consultant.” That consultant, Jon Gabrielsen, told the Free Press: “This GM severance package looks like about what an auto supplier has typically given over the decades, but seems light for the normally more generous automakers themselves.”

CNBC, citing GM documents that the company verified, reported in November that GM had offered buyouts before announcing the layoffs. “GM offered voluntary buyouts to roughly 17,700 eligible employees in North America with at least 12 years of service, according to the document. The company was aiming for 8,000 voluntary buyouts among its salaried workers as part of a total headcount reduction of 14,000, spokesman Pat Morrissey confirmed. He said about 2,250 workers accepted severance agreements by the Nov. 19 deadline.”

The buyouts included six months or one year of salary and benefits.

As for the hourly workers affected, GM said in a Feb. 6 press release: “More than 1,500 hourly employees impacted by the company’s November 26th announcements have volunteered to transfer to other U.S. locations,” and 943 of them had accepted positions in other plants.

Update, May 1: GM spokesman Pat Morrissey told us in an email that “all” salaried employees received severance, with the length of severance pay based on their time with the company. “Employees with 12 years or more were given 6 months,” he said. “We also are providing all impacted salaried employees with outplacement services, including job search support, resume writing, interview skills, etc.” Morrissey said GM has jobs available at other plants for the affected hourly employees. “To date, we have placed 1,300 of the 2,800” hourly employees, he said. We asked whether there was severance for the hourly employees, and Morrissey responded that the company had jobs for all of those employees, who also receive “up to $30,000 for relocation.” 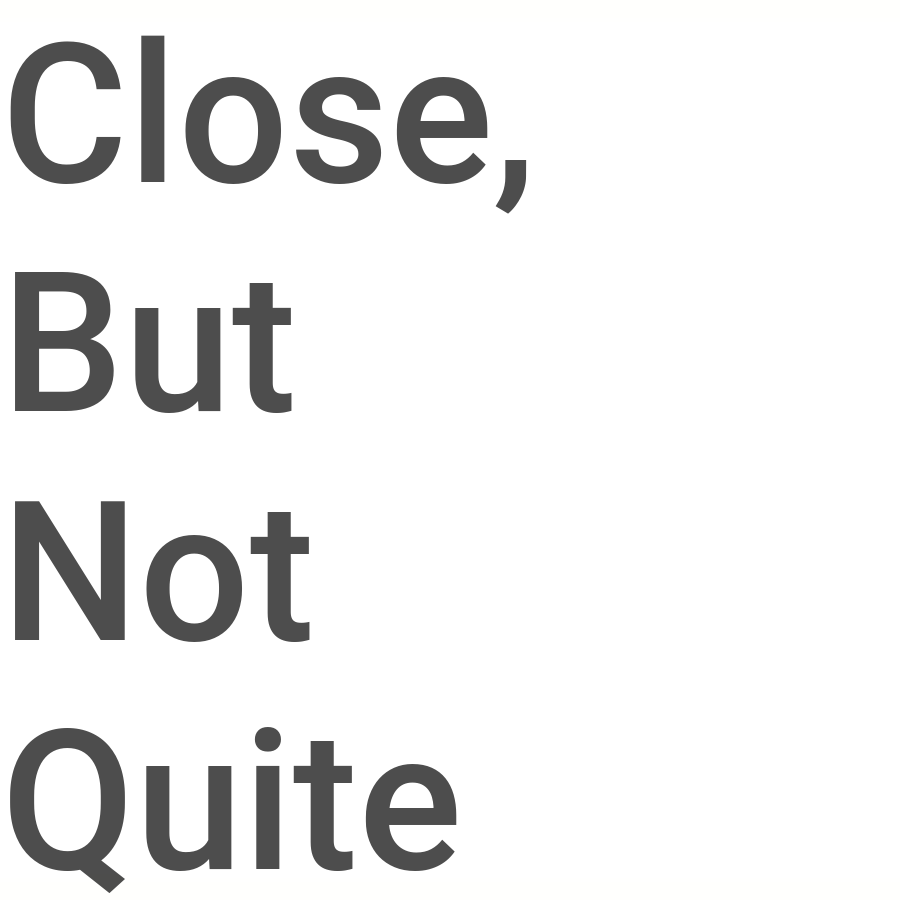 FactCheck.org Rating:
Close, But Not Quite
“[W]e have the most productive workers in the world.”
Joe Biden
Democratic candidate for president
https://www.c-span.org/video/?460193-1/vice-president-joe-biden-begins-white-house-bid-pittsburgh&start=4447

FactCheck.org Rating:
False
“$2 trillion tax cut last year. Did you feel it? Did you get anything from it? Of course not. Of course not. All of it went to folks at the top and corporations that pay no taxes.”
Joe Biden
Democratic candidate for president
https://www.c-span.org/video/?c4794890/biden-campaign-rally-pittsburgh