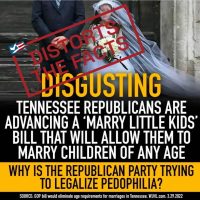 A Tennessee bill is aimed at excluding same-sex couples from proposed common law marriage contracts. Social media posts misleadingly claim the bill would allow child marriage and “legalize pedophilia.” The bill initially omitted a minimum age, but was amended on April 6 to say individuals must be at least 18 years old. 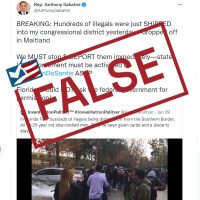 Dozens of people stayed at a Florida hotel in January while employed as temporary farmworkers for a wholesale plant nursery. But a Facebook video and a tweet by State Rep. Anthony Sabatini falsely claimed they were “illegals” — sparking a protest outside the hotel. Attorneys for the nursery said all of them had visas to work in the U.S. 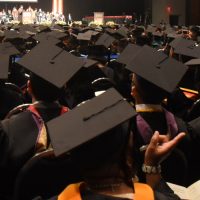 Columbia University will supplement its regular 2021 graduation ceremony with multicultural ceremonies for members of the Latinx, Asian, Black and other student communities who want to participate. Social media users are misrepresenting these voluntary ceremonies as “segregation.” 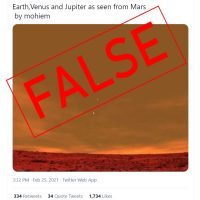 A computer-rendered image has been mischaracterized on social media posts as a photo taken from Mars, purportedly showing Earth, Venus and Jupiter in vertical alignment. Although the same image was previously debunked in 2012, the claim resurfaced after the Perseverance rover landed on Mars in mid-February.

Biden Did Not Invent the ‘Office of President-Elect’ 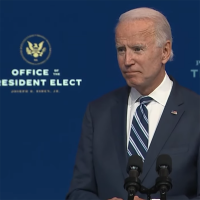 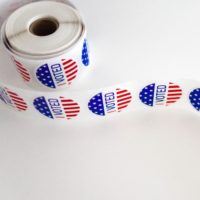 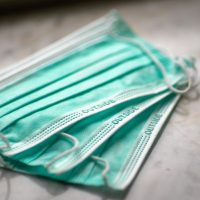 Viral Facebook posts misleadingly claim that Florida, Georgia, Idaho, South Dakota and Tennessee have become “mask free.” None has a statewide mask mandate — but individual cities and counties in each of those states do have orders requiring face coverings to mitigate the spread of COVID-19.

McDonald’s and the American Flag 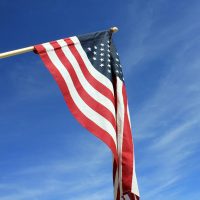 Social media posts — without evidence — have accused McDonald’s of taking down American flags in support of Black Lives Matter and antifa. The company says that is “not true.” 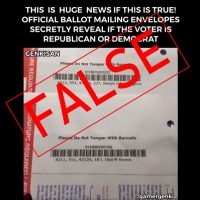