We focused on new claims by the president in this article, but his speech also contained many claims we’ve written about before, including falsehoods on the trade deficit, legislation concerning veterans, military spending, immigration policy and employment.

In his appearance at the annual CPAC event, Trump told a long story about a general whom he “had to fire” telling him it would take two years to retake 100 percent of the territory once held by ISIS. Trump said “then I flew to Iraq” where other generals told him, “we can have it totally finished in one week.” But a few weeks before Trump’s December visit to Iraq, Special Presidential Envoy for the Global Coalition to Defeat ISIS Brett McGurk said it would take “a period of months” to retake the remaining 1 percent of ISIS-held territory.

Reuters reported on Feb. 28 that the Syrian Democratic Forces, backed by the United States, had indicated it would announce victory over ISIS in one week. That would make McGurk’s estimate correct.

We asked the White House press office about the president’s comments, but we haven’t received a response. We don’t know what unnamed generals told the president. However, the story as Trump tells it contradicts public statements by McGurk.

Here’s part of the president’s comments on the topic at CPAC:

So I have Raisin Caine and three other generals, colonels, sergeants. … And I said to the generals, “Listen, we got to get out. I want to know why is it going to take two years to knock off 2 or 3 or 4 percent, which is what we had left.” “It won’t, sir.” And I said, “Tell me why it won’t.” “It won’t, sir. If we attack them in a different manner, we can do it much faster.” “Okay, General Raisin Caine, how fast can” — “Sir, we can have it totally finished in one week.” I said, “One week? I was told two years.” (Laughter.) One week? “That’s right, sir. We’re only hitting them from a temporary base in Syria. But if you gave us permission, we could hit them from the back, from the side, from all over — from the base that you’re right on, right now, sir. They won’t know what the hell hit them.” …

And I said, “Why didn’t my other generals tell me that? Why didn’t they tell me that?” I said, “Did you tell them that?” “Not our place to say it, sir. They come in from Washington, sir. We have to take orders. You’re the first one to ask us our opinion.” (Applause.) It’s true. It’s true. True. True.

Trump said a general told him it would take “two years” to take “100 percent of the caliphate” and he got a very different story from generals in Iraq. But McGurk had said on Dec. 11 — two weeks before the president’s visit to Iraq — in a State Department briefing, “Ballpark, you’re talking a period of months,” to retake the remaining 1 percent of ISIS territory.

McGurk said that in early 2016 about 50 percent of the territory ISIS had once held had been reclaimed. “So if you look at where we are today, I think it’s quite significant. We really are now down to the last 1 percent of the physical territory,” he said. “The final splotch of red down in what we call the Middle Euphrates Valley, those operations are ongoing, with the Syrian Democratic Forces, supported, of course, by small numbers of coalition forces on the ground.”

CNBC reported that McGurk made similar comments on Dec. 15 in an interview. “We’re on track now over the coming months to defeat what used to be the physical space that ISIS controlled,” CNBC quoted McGurk telling reporter and anchor Hadley Gamble. “That will not be the end of ISIS.”

Four days after that interview, on Dec. 19, Trump announced on Twitter that U.S. troops would be withdrawing from Syria. “We’ve beaten them and we’ve beaten them badly,” Trump said of ISIS. A week later, the president and first lady visited the troops in Iraq, arriving on Dec. 26.

As we’ve written before on this issue, military experts cautioned against declaring victory against ISIS even if the physical land has nearly been completely retaken.

As for “General Raisin Caine,” a military affairs reporter for Politico tweeted that Air Force Brig. Gen. J. Daniel Caine, who is the deputy commanding general (forward) for Operation Inherent Resolve in Iraq, has the nickname “Raisin.” Or perhaps it is “Razin,” as Politico later wrote. We asked the Air Force public affairs office if it would confirm that and comment on whether the conversation in Iraq, as Trump tells it, occurred. We haven’t received a response.

One last, related point: Trump claimed in his CPAC speech that he gave Mattis his nickname of “Mad Dog.”

Mattis has had the nickname “Mad Dog” longer than Trump has been president. A 2006 story in The Atlantic said “his admiring grunts” used the moniker. The Military Times found the nickname used two years earlier, in a Los Angeles Times story.

In discussing the trade war with China, the president went on a long, largely accurate riff about the Great Tariff Debate of 1888, when the two major parties disagreed on how to reduce the budget surplus. (Yes, federal surplus.)

At the time, prior to the introduction of the federal income tax, import duties accounted for about half of federal revenues. During the 1888 presidential campaign, there was a partisan disagreement over what to do with the budget surplus. There were two schools of thought: “[T]he Democrats proposed a tariff reduction to reduce customs revenue, the Republicans offered higher tariffs to reduce imports and customs revenue,” Douglas A. Irwin, a Dartmouth economics professor, wrote in a paper that analyzed “the fiscal aspects of the ‘Great Tariff Debate of 1888.’”

Trump, March 2: We didn’t know what to do with all of the money we were making. We were so rich. And McKinley, prior to being president, he was very strong on protecting our assets, protecting our country. And he made statements that, “Others cannot come into our country and steal our wealth and steal our jobs, and build their country and not defend our country. We can’t do that. We can’t ever allow that to happen.” … So the great Tariff Debate of 1888 — and then we had so much money we could do whatever we wanted. We built forces up that were incredible. Then, in 1913, they ended tariffs, okay? They ended tariffs. Somebody got stupid and they ended tariffs.

Republican Benjamin Harrison won the election and signed into law the McKinley Tariff of 1890, which increased tariffs on average to nearly 50 percent, according to the House Office of the Historian. Rep. William McKinley, who would become president in 1897, said high tariffs were needed to protect workers’ wages and U.S. industry.

Trump was referring to the Underwood-Simmons Tariff of 1913, which reduced but did not eliminate tariffs. It was signed into law by Democratic President Woodrow Wilson.

“Under the new schedule, the average tariff on dutiable imports would fall from 40 percent to 27 percent, a decline of about one third,” Irwin, the Dartmouth professor, writes in his book “Clashing Over Commerce,” a history of the U.S. trade policy. “The Underwood-Simmons tariff made a substantial across-the-board reduction of about 25 percent in duties on manufactured goods and put a large number of products on the duty-free list, including wool, iron, coal, lumber, meat, dairy products, leather boots and shoes, wood pulp and paper, wheat, and agricultural supplies; the duty on sugar was to be abolished gradually over three years. The share of duty-free imports rose from 54 percent of total imports in 1912 to 69 percent in 1916.”

In an email to us, Irwin said, “It did not ‘end’ tariffs – but it did reduce them, although they went back up in 1922 and again in 1930 – the latter with disastrous consequences (the Smoot Hawley tariff).”

“After World War I, Republicans returned to power and in 1922 passed the Fordney-McCumber Tariff, which restored high rates and pushed some to record levels,” Spencer Howard writes in a blog for the Herbert Hoover Library and Museum.

The U.S. Senate Historical Office writes that the Smoot-Hawley Act, which was signed into law by Republican President Herbert Hoover, had disastrous consequences for U.S. trade and Hoover.

“As the economists predicted, the high tariff proved to be a disaster,” the U.S. Senate Historical Office writes. “Even before its enactment, U.S. trading partners began retaliating by raising their tariff rates, which froze international trade. The tariff fight solidified Hoover’s ties with Republican regulars, but it shredded his standing among his party’s progressives. Most of the progressive Republican senators who had campaigned for Hoover in 1928 wound up endorsing Franklin D. Roosevelt for president in the next election.”

In reeling off some economic statistics, the president claimed that “African American income has reached an all-time high.” It hasn’t — at least not by the traditional measure of real median household income.

In September, the Census Bureau released its income and poverty report for 2017. The median income for black households (Table A-1) was $40,258 in 2017. After adjusting for inflation, that was a decrease of $81 from 2016, which was President Barack Obama’s last year in office. (The median figure represents the midpoint — half of all households earned more, half less.) 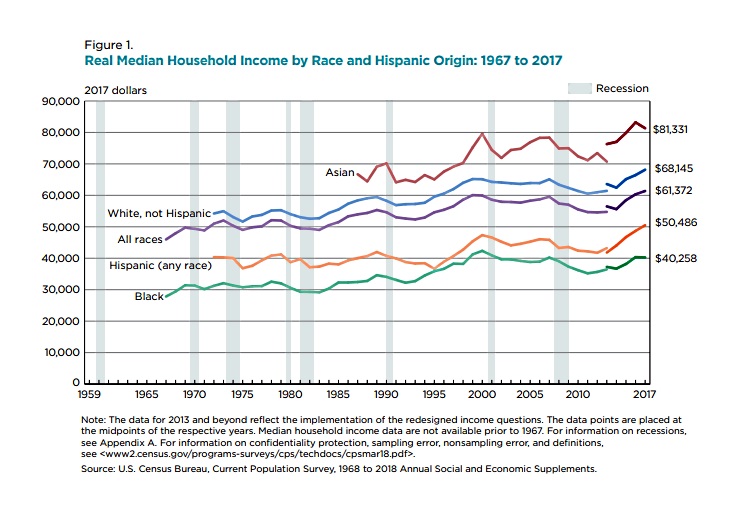 We asked the White House for information supporting the president’s claim about African American income reaching an all-time high on his watch, but we did not get a response.

We should also note that Census warns about comparing 2017 median household income data to estimates prior to 2013. Starting then, the Census Bureau redesigned its questions, and the annual survey has picked up some sources of income that were previously missed. Jonathan L. Rothbaum, chief of the Income Statistics Branch, wrote that the redesigned questions resulted in higher household income estimates.

The president spoke for a little more than two hours, which was plenty of time for him to repeat false and misleading claims he often makes. We include some here, linking to our previous stories:

FactCheck.org Rating:
False
"Then, in 1913, they ended tariffs, okay? They [U.S. officials] ended tariffs. Somebody got stupid and they ended tariffs."
Donald Trump
President of the United States
https://www.whitehouse.gov/briefings-statements/remarks-president-trump-2019-conservative-political-action-conference/ 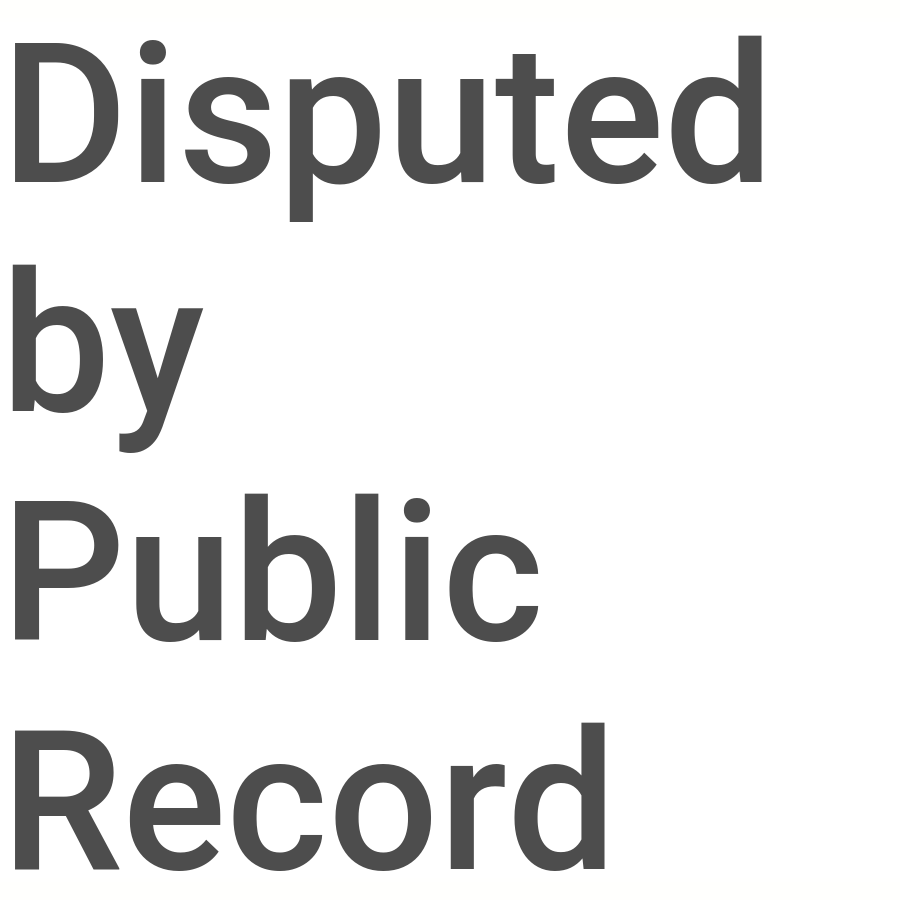 FactCheck.org Rating:
Disputed by Public Record
Said a general, whom he “had to fire,” told him it would take “two years” to retake all of the land once held by the terrorist group ISIS, while generals in Iraq told him it would only take “one week.”
Donald Trump
President of the United States
https://www.whitehouse.gov/briefings-statements/remarks-president-trump-2019-conservative-political-action-conference/ 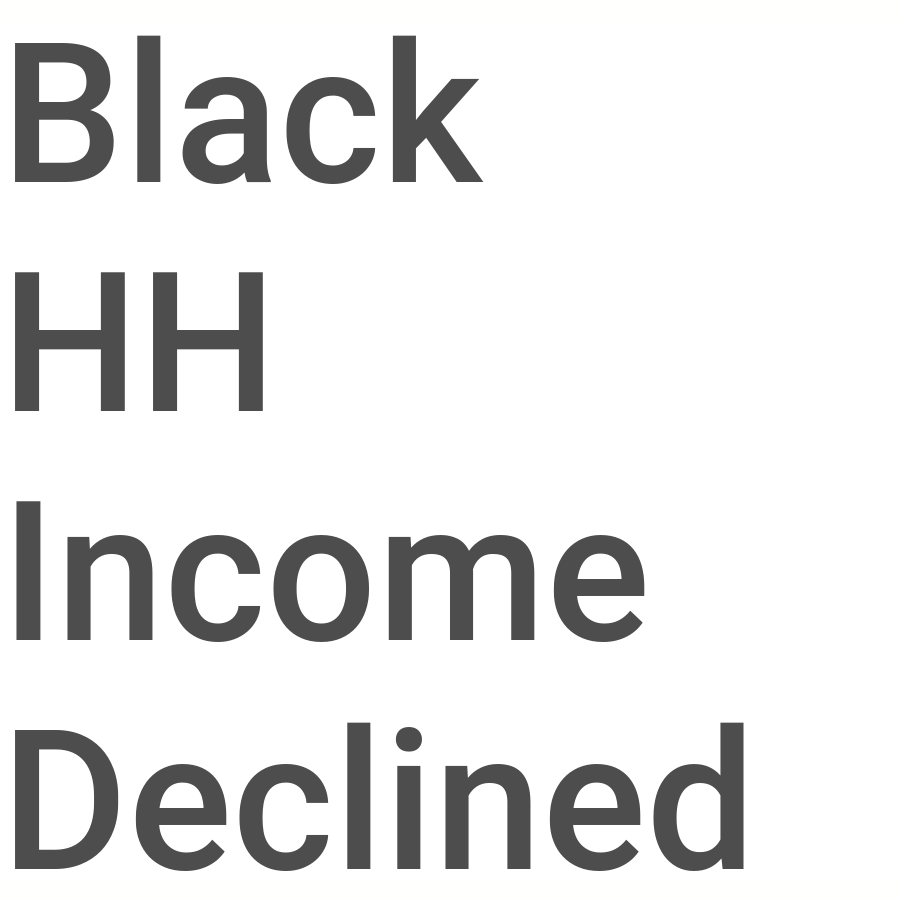