At a campaign rally in Nashville, President Donald Trump repeated a bushelful of false and misleading claims, and added a few new ones:

The president also repeated numerous false, misleading and exaggerated claims on wages, trade, immigration and world opinion of the U.S.

The president held a “Make America Great Again” rally in Nashville on May 29. He touched on numerous topics, touting in particular passage of the “Tax Cuts and Jobs Act.” In addition to overhauling the nation’s tax code, the new tax law will repeal the tax imposed on certain people who do not purchase a qualified health insurance plan.

Trump criticized the mandate as unpopular and unfair. But he then added “unconstitutional,” which isn’t true.

Trump, May 29: Plus in the tax cuts what did we get? The individual mandate is out the window. That was the most unpopular part of Obamacare. So unconstitutional.

In fact, the Supreme Court ruled the individual mandate was constitutional. In a 5-4 opinion on June 28, 2012, Chief Justice John Roberts wrote that the “penalty” — as it was described in the Affordable Care Act — is actually a “tax” collected by the IRS, and it is within congressional powers to impose new taxes.

Trump can have the opinion that it should have been ruled unconstitutional, but it was not.

The Republicans included the repeal of the individual mandate in the tax bill, because they were unable to pass the Better Care Reconciliation Act of 2017, a Republican bill that would have repealed and replaced the Affordable Care Act.

Trump lamented the failure to pass the health care bill, which failed 49-51 after Sen. John McCain voted against it in the early morning hours of July 28, 2017, by signaling a thumbs-down. If McCain had voted for the bill, Vice President Mike Pence could have broken the 50-50 tie, and the bill would have passed.

Trump is not telling the whole story when he says the bill could have saved the country “$1 trillion in entitlement saving.” In addition to reducing health care spending, mostly on Medicaid, the Senate health care bill would have repealed or modified tax provisions in the ACA that provide increased revenues to the federal treasury.

On balance, the Senate bill would have reduced deficits by a net $321 billion over 10 years, 2017 to 2026, when accounting for the lost tax revenues, according to a joint analysis of the bill by the Joint Committee on Taxation and the nonpartisan Congressional Budget Office. (The analysis was based on the version posted to the Senate budget committee website as of June 26, 2017.)

The savings, however, would have been offset by the repeal and modification of certain taxes. The Senate version analyzed by congressional budget experts would have, among other things, repealed a surtax on net investment income and annual fees imposed on health insurers. The repeal of the investment income surtax, for example, would have reduced revenues by $172 billion, budget analysts said.

The president also repeated several claims that we have already debunked — sometimes more than once.

The claim: “And wages, for the first time in many, many years, are finally going up.”

The facts: It is not “the first time” that wages are going up. The upward trend in wages started under President Barack Obama and has continued under Trump. The average weekly earnings of all private-sector workers, in “real” (inflation-adjusted) terms, rose 1.1 percent during Trump’s first 15 months, after going up 4.0 percent during Obama’s eight years. Those figures include managers and supervisors. The real average weekly earnings of rank-and-file production and nonsupervisory workers have gone up 1.4 percent so far under Trump, after rising 3.7 percent during Obama’s years.

The claim: “I say it, and I say it all the time, we are so respected again. I can’t even tell you — really, the degree to which people respect our country again. It’s amazing. It’s amazing.”

The facts: As we wrote, the Pew Global Attitudes Project last year found that citizens in 35 out of 37 countries have less confidence in Trump than they did in Obama — significantly so, in some cases. The decline in confidence in the U.S. president has been “especially pronounced among some of America’s closest allies in Europe and Asia, as well as neighboring Mexico and Canada,” Pew found. A more recent Gallup World Poll survey, released in January, found similar results. “Median approval of U.S. leadership across 134 countries and areas stands at a new low of 30%,” Gallup found.

The claim: “So they go and they take this man, right? And he got here and he’s got 22 people that came in — his mother, his father, his grandmother, his uncle, his brother, his sister. He got — 22 people come in for this one guy. That’s called chain migration — 22 people.”

The facts: Trump is talking about Sayfullo Habibullaevic Saipov, an Uzbekistan-born immigrant charged with killing eight people in New York City on Oct. 31. But, as we have written, there is no evidence that Saipov brought 22 people with him to the United States. In fact, as a green card holder, Saipov could not have sponsored anyone other than a spouse and children, and he married and had children in the United States — so he could not have been responsible for bringing in the relatives cited by Trump.

The claim: “Think of it, a lottery. You pick people. Now, let me ask you. So these countries that are sending people in — do you think they are sending us their finest?”

The facts: Trump is again distorting the Diversity Immigrant Visa Program, which uses a computer lottery system to randomly issue up to 50,000 immigrant visas each year to qualified applicants from countries with low rates of immigration to the United States. Countries aren’t “sending us” anybody. Individuals submit applications, and those eligible must meet certain requirements and pass a security background check. Stephen W. Yale-Loehr, who teaches immigration law at Cornell Law School, told us: “Among other things, the consular officer must make sure the individual is not ‘inadmissible.’ This means that the person has not committed a crime, doesn’t have a serious health problem, isn’t a terrorist, hasn’t committed fraud, and hasn’t overstayed in the U.S. before.”

The claim: “We lose with Mexico over $100 billion a year with this crazy NAFTA deal.”

The claim: “We passed the largest tax cuts and reform in American history. Larger than Ronald Reagan, many years ago.”

The facts: The tax bill that Trump signed into law in December is not the largest tax cut in history. It is estimated to reduce tax revenues by $1.46 trillion over 10 years, according to the nonpartisan Joint Committee on Taxation. It needed to cost roughly $6.8 trillion over 10 years to beat the 1981 tax cut under President Reagan, which was 2.9 percent of GDP, according to the nonpartisan Committee for a Responsible Federal Budget.

The claim: “So, instead of spending $1 billion and not having it for 20 years, we spent four-hundred-thousand bucks and it opened up in a few months. Is that good? Is that a good story?”

The facts: In discussing moving the U.S. embassy from Tel Aviv to Jerusalem, Trump conflates the alleged estimated cost ($1 billion) of building a new U.S. embassy in Jerusalem with the actual cost (less than $400,000) of renovating existing space for the interim embassy that opened in May. The interim embassy will be temporary; the State Department still intends to build a permanent facility. 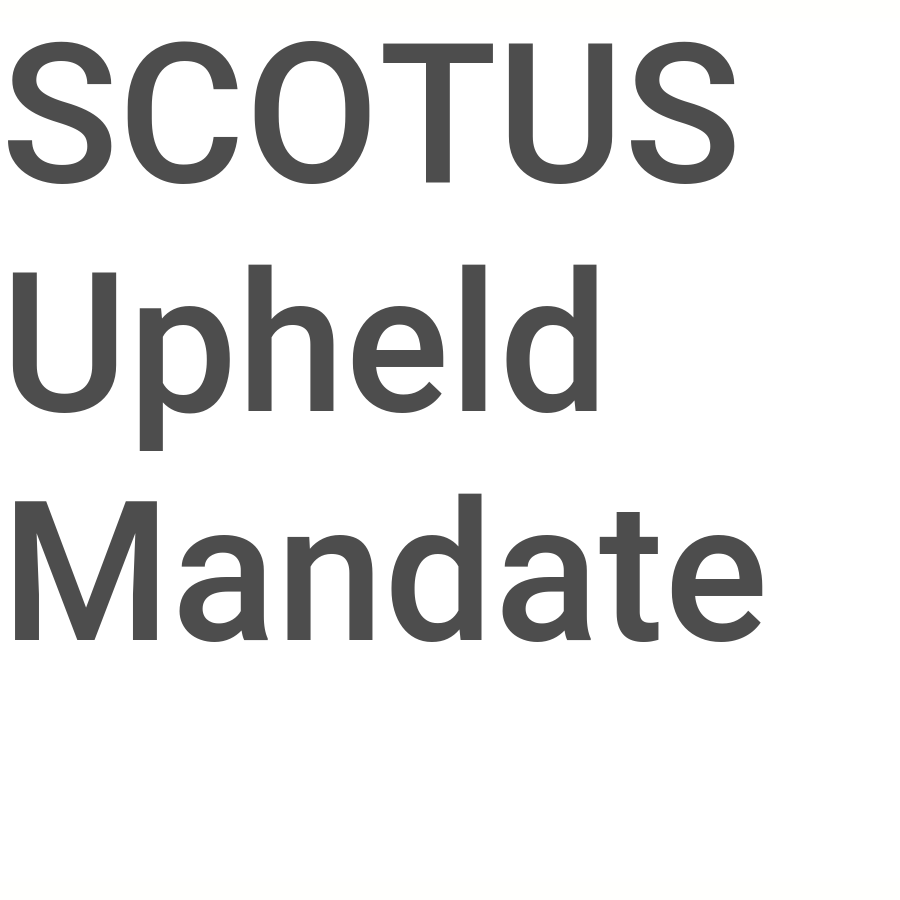 FactCheck.org Rating:
Not the Whole Story
The failure to repeal and replace the Affordable Care Act "cost our country $1 trillion in entitlement saving."
Donald Trump
President of the United States
https://www.c-span.org/video/?446257-1/president-trump-campaigns-marsha-blackburn-nashville-tennessee&start=2418